Six weeks after being injured in an explosion in Farmington, Capt. Scott Baxter has left a rehabilitation center in Portland 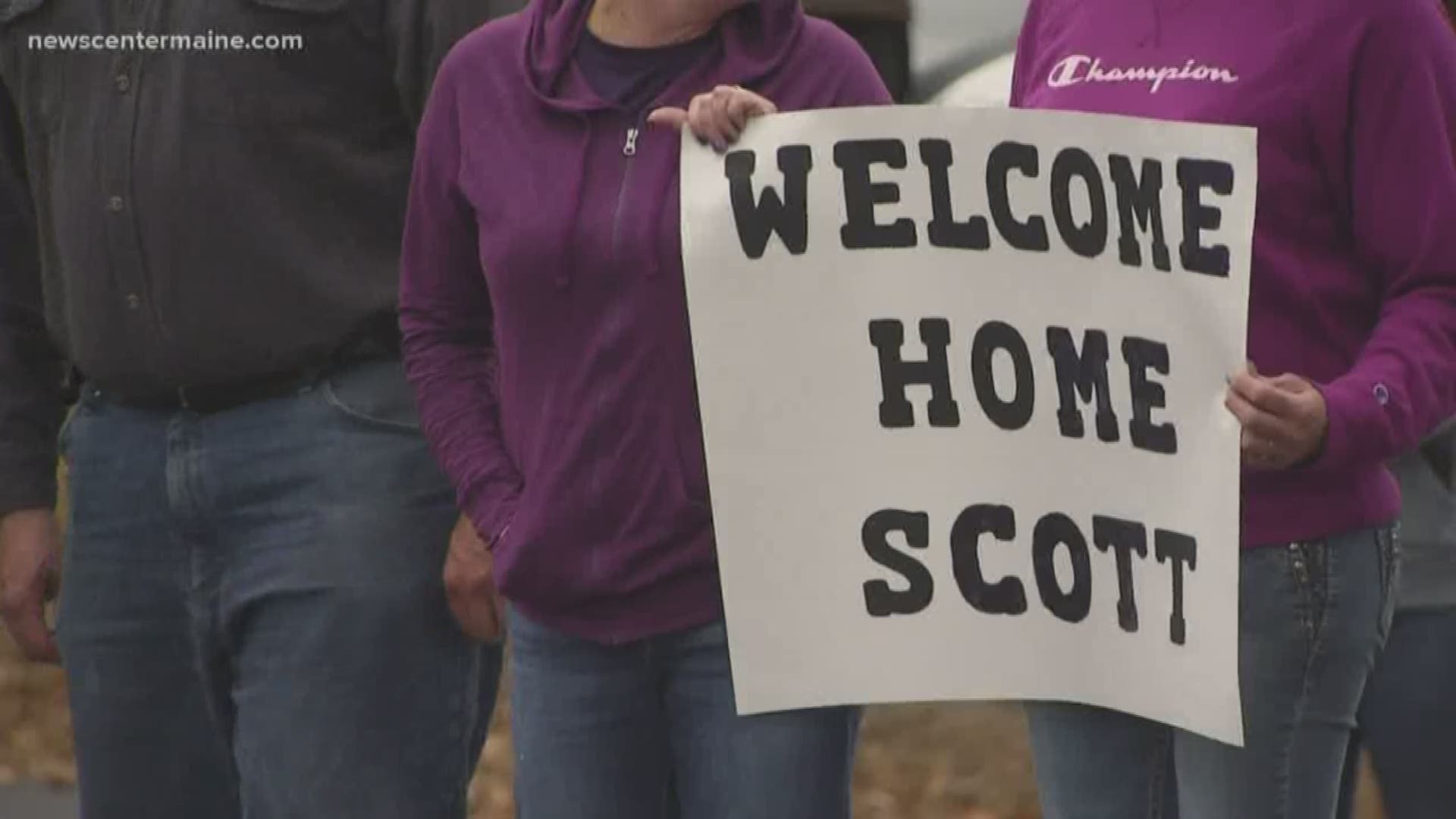 FARMINGTON, Maine — The last of the firefighters to be released from the hospital after a deadly building explosion in Farmington, Maine, headed home on Tuesday.

Capt. Scott Baxter left a rehabilitation center in Portland and was joined by a firefighter escort along the way home to Farmington.

One person remains hospitalized. The building supervisor, Larry Lord, suffered serious injuries and is in serious condition at a hospital in Boston.

Officials believe a propane tank outside the newly opened office building for LEAP Inc. had been filled with the gas which then seeped from the pipe into the building's basement.

The firefighters and Lord were in the building when that gas ignited.

Weeks later, nothing but a hole in the ground remains of the structure.

LEAP board member and Farmington Selectman Scott Landry says the organization is not sure it will return to the site. It has a year-long lease in nearby Wilton.

But Tuesday, many in Farmington were focused on celebrating Baxter's return.

"Scotty's been through a great deal," Farmington firefighter Stephan Bunker said. "This is a real morale boost for all of us."

That sentiment was echoed at other fire departments outside of Farmington as well.

Wilton Fire Department Dep. Chief Thomas Doak said the danger firefighters face has been more on the minds of crews he supervises.

"It's still pretty fresh," Doak said. "We noticed a lot of changes in the way people do things."

Baxter's return will coincide with a return to normal for the Farmington Fire Department.

In addition to some of those injured in the explosion returning to "light duty," firefighter Bunker says full shifts will resume on Thursday.

In the interim period since the explosion, the department estimates 75 communities stepped in to provide coverage or equipment as the firefighters recovered.