Three environmental groups have filed an injunction in district court to stop the construction of CMP’s controversial corridor. 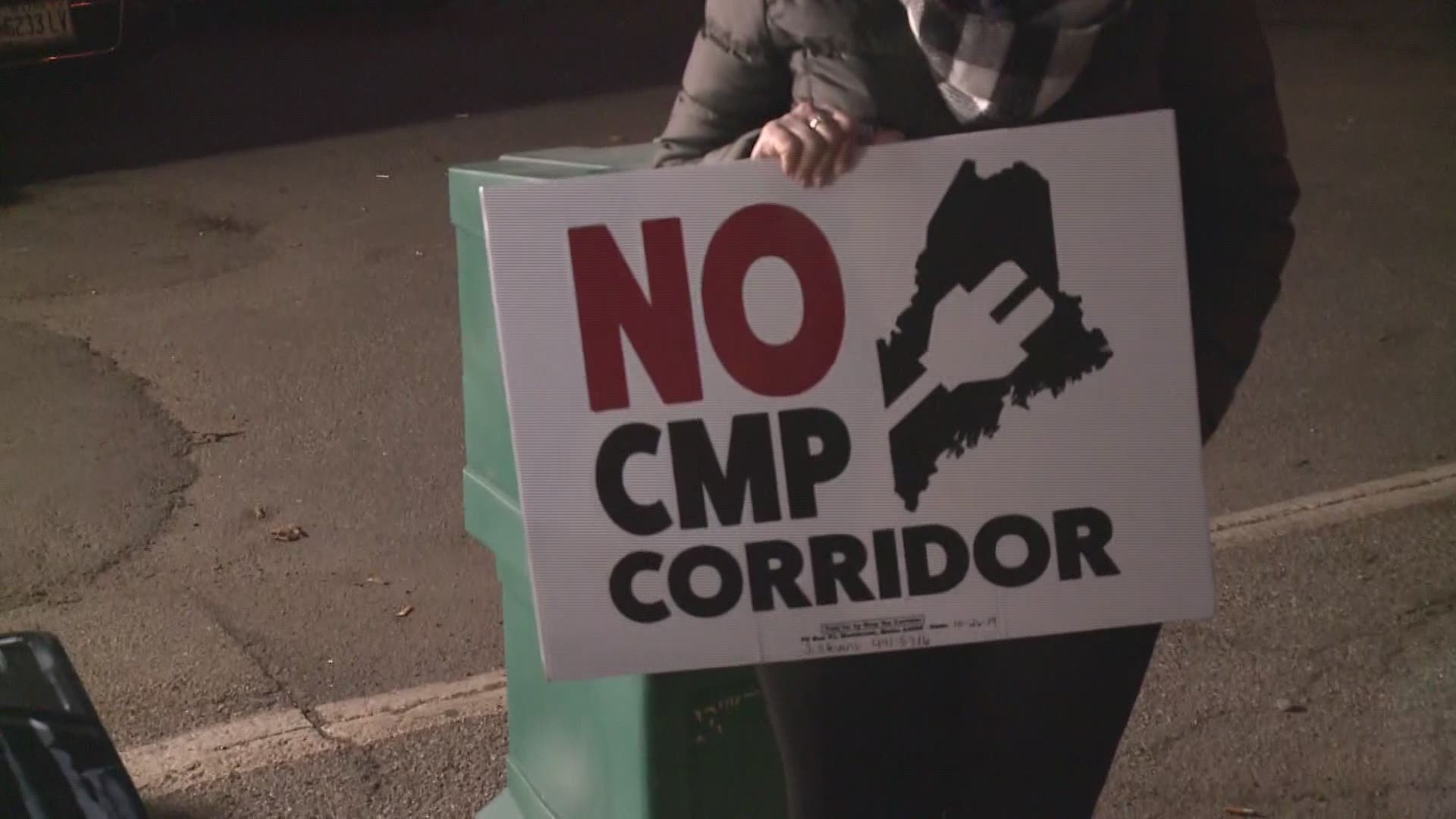 MAINE, USA — Three environmental groups—the Natural Resources Council of Maine, Appalachian Mountain Club, and the Sierra Club—have filed an injunction in U.S. District Court to stop the construction of Central Maine Power’s (CMP) controversial transmission line project. The groups ask the court to prevent the work from starting until the court can fully consider a lawsuit that challenges the U.S. Army Corps of Engineers environmental review of the project.

The groups say approximately 53.1 miles of the total 177 miles of the new transmission line will require construction of a new corridor through the Western Maine Mountains, which the groups call “a unique and globally significant forest region that is largely undeveloped and unfragmented.” They say the construction will “significantly impact and/or irreparably harm hundreds of aquatic resources, including native brook trout streams, scores of wetlands and vernal pools, as well as important bird and wildlife areas, require the clearing and conversion of hundreds of acres of forest, and the installation of hundreds of 100-foot tall steel poles strung with electrical lines visible for miles over the landscape.”

The injunction cites the Corps’ granting of a Clean Water Act permit to CMP for the construction of the transmission lines. The groups argue the Corps’ conclusion that the project “would not result in a significant impact—neither beneficial nor detrimental—to the human environment,” supports CMP’s “dismissive characterization of the project area” as commercial timberlands, rather than a true biological baseline.

The groups say the scope of the Department of Energy’s (DOE) review is unknown, and the Corps is not waiting for the process to conclude. Instead, the groups say, the Corps removed a condition from CMP’s Clean Water Act permit that would have required CMP to receive its Presidential Permit from DOE prior to beginning construction, and gave CMP the green light to start clearing the corridor as early as December 4, 2020.

If construction is allowed to start prior to the court’s ruling, the groups say they and Maine’s environment will face “irreparable harm” that cannot be undone.

“A temporary and tailored injunction will balance the hardships among the affected parties and be in the public interest, especially for a project that has such significant immediate and future implications for Maine,” they say in the motion request.

The groups have the support of the nonprofit, grassroots organization “Say No to NECEC,” whose main goal is to stop CMP’s project to build the transmission line from the Québec-Maine border to Lewiston.

“We’re glad Maine’s environmental community is fighting back against CMP and Hydro-Quebec,” Sandi Howard, director of Say No to NECEC, said. “CMP’s threats to begin corridor construction before all permits have been secured show the company’s ongoing callous disregard for what so many of us have clearly expressed: Mainers do not want this project. We strongly support this effort to halt this unmitigated disaster of a project. Together, we will continue to fight to protect Maine. The beautiful western region of our state should not be devastated to fill the coffers of Spain and Canada.”

“It is not in the best interests of Maine people for CMP to start work prematurely on what is one of the most consequential and controversial projects in recent history,” the environmental groups said in a statement. “The federal review of this project has been conducted behind closed doors and has failed to properly consider the long-lasting impact the transmission line will have on the woods, waters, wildlife, and recreational economy of Western Maine.”

In a statement to NEWS CENTER Maine, Thorn Dickinson, President and CEO of NECEC LLC Transmission, said the injunction request is "just another attempt by opponents aligned with out-of-state fossil fuel companies to delay a project that all regulators agree is good for Maine’s environment and economy."

"Every final regulatory and court decision to date has approved the project and rejected every challenge. We expect the same from the remaining approvals because the project provides substantial public benefits and has been designed to meet and exceed the most stringent environmental requirements," Dickinson said. "We continue to move forward with the project and are preparing to start construction in early December now that we have the U.S. Army Corp of Engineers permit, which was the result of an extensive and thorough review by federal officials in coordination with Maine regulators.”