Ice smashes drivers windshield on I-95 in Houlton

A windshield was shattered after ice flew into it on I-95 in Houlton. 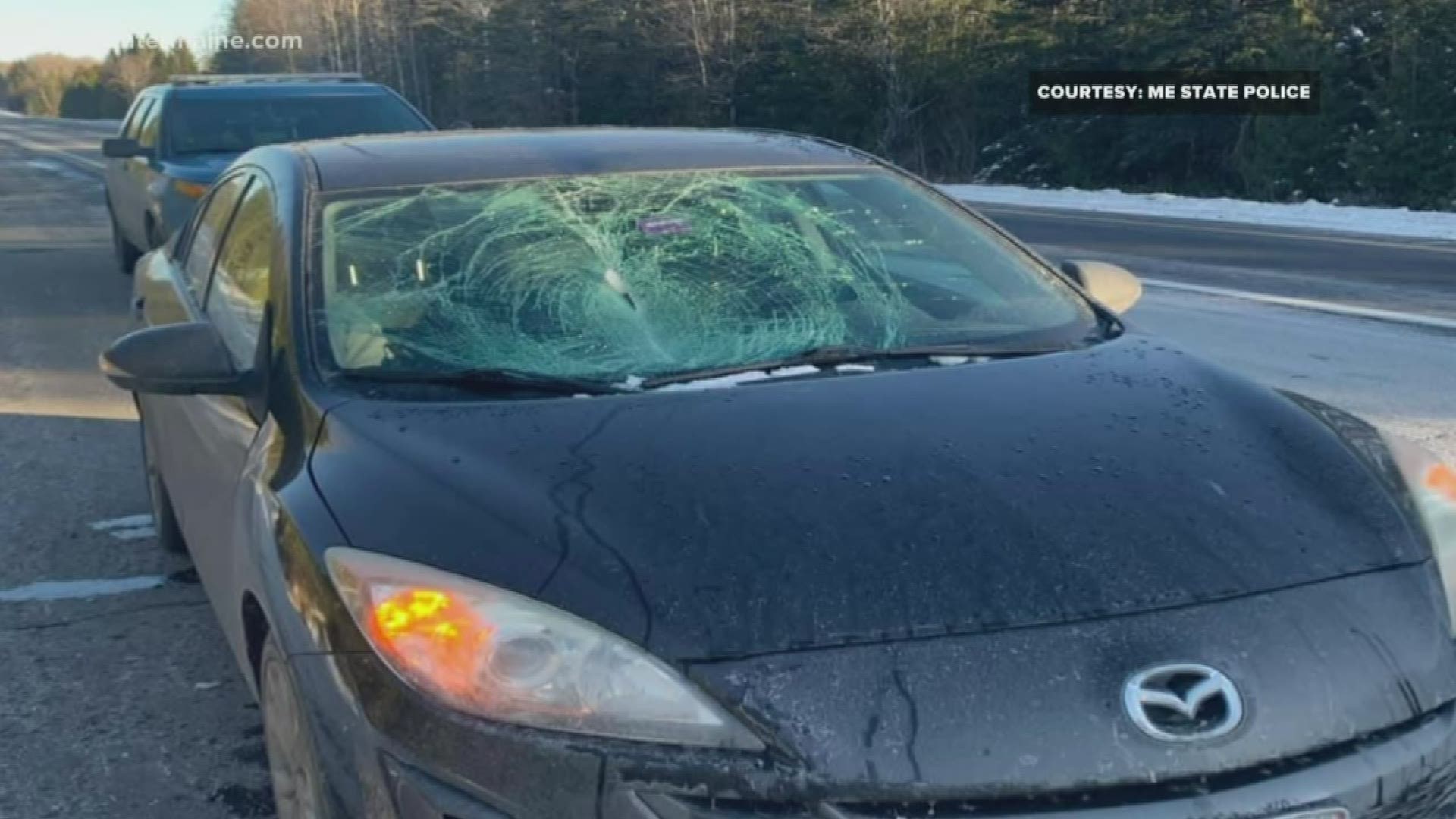 HOULTON, Maine — A driver's windshield was smashed after a chunk of ice that flew off another car struck it on Saturday.

According to the Maine State Police Facebook page, the driver of the smashed windshield, Kristin Harmon, was moving into the left lane to pass a slower moving car, driven by Rose Rodriguez, when ice flew off of Rodriguez's car and into Harmon's windshield.

Harmon was able to flag down Rodriguez and both pulled over into the right side of I-95.

Rodriguez was issues a traffic summons for unsecured load on her vehicle.

Harmon's car was towed by York's of Houlton Towing.

This incident serves as a reminder to all drivers to clear all ice and snow from their vehicles before driving.