‘I never thought I was going to be able to walk:’ Boy overcomes odds, rounds bases at Sea Dogs game

11-year-old Nolan Cyr was recognized at Sunday's game for overcoming his battle with cancer. 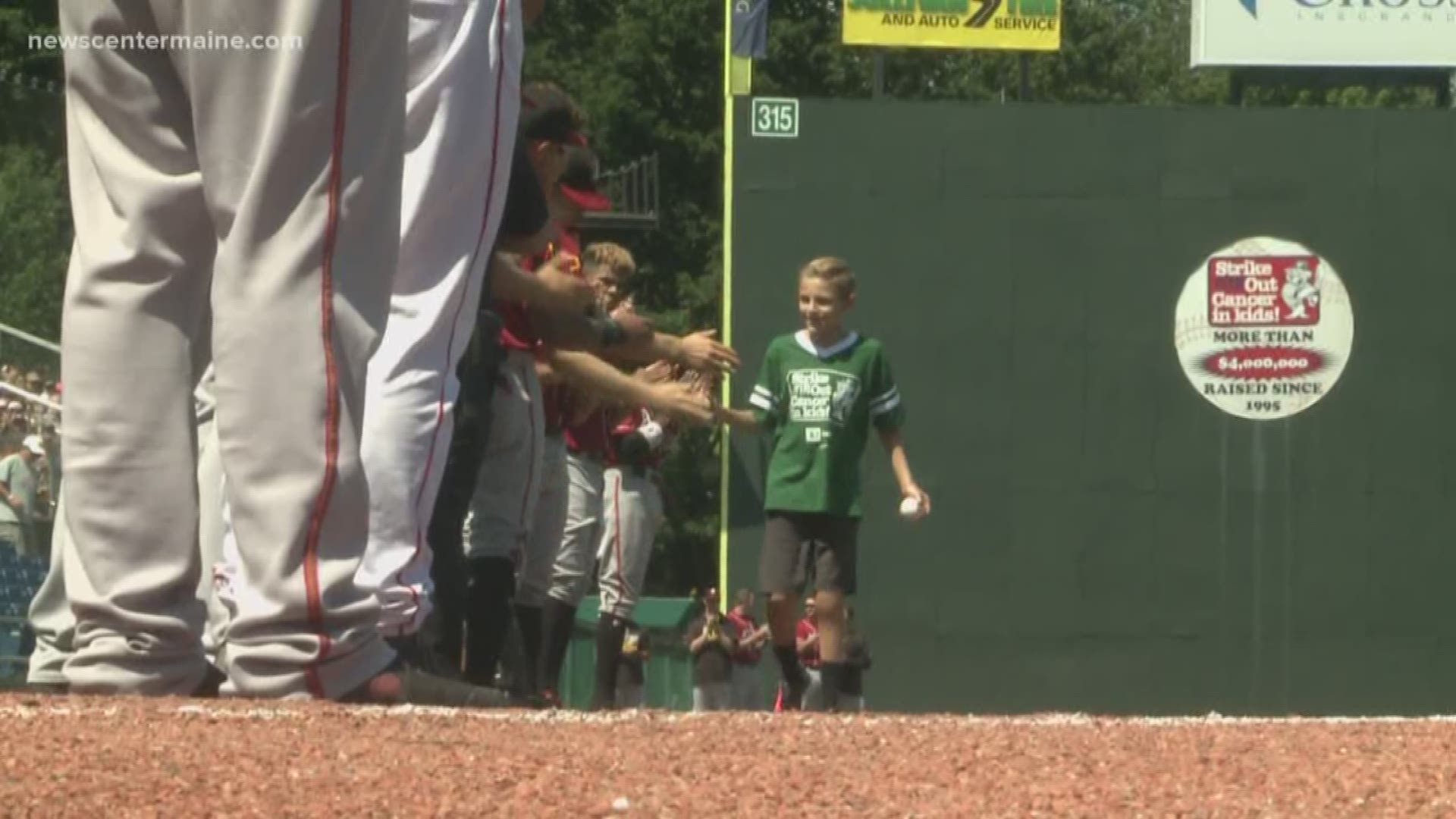 "I never thought I was going to be able to walk or like run anymore,” 11-year-old Nolan Cyr said.

Cyr was diagnosed with Osteosarcoma, a form of bone cancer, just over a year ago.

The disease was discovered when his mom noticed he was developing a limp. Little did they know it would threaten his ability play contact sports for the rest of his life.

"He played so many sports before his diagnosis,” Angela Cyr said.

Nolan was 10-years-old when he was hospitalized. He underwent surgery, treatment, and even got a prosthetic implant.

With physical therapy, Nolan has regained strength, allowing him to slowly make his way around the bases at Hadlock Field as the crowd and his family cheered him on.

"You live with it every day. He's in remission now but you live in constant fear,” Angela Cyr said.

Nolan got a bat and ball to take home and got his picture with the team's mascot Slugger.

Now, Nolan is back on the ice playing for a sled hockey team. He is also continuing work he started while in recovery providing care package backpacks to kids battling cancer.

He said he has a message for other kids like him fighting the disease:

"Stay positive. Never bring yourself down or anything like that,” Nolan said.

His family hopes his story will help give other families hope, and show them they are not alone.