'I loved her like Christ loved the church,' man accused of killing wife tells police 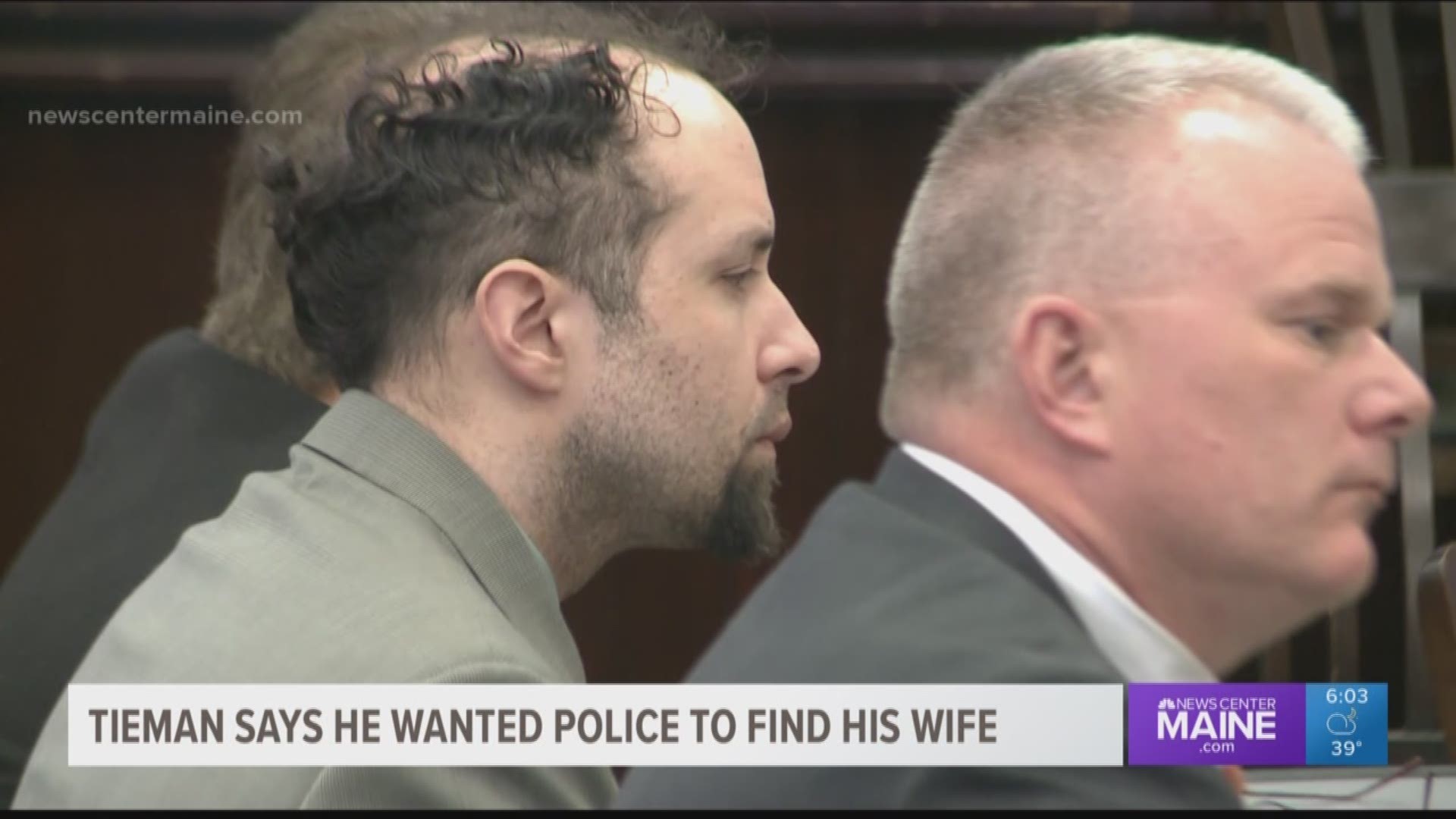 SKOWHEGAN (NEWS CENTER Maine) — The trial of the man accused of murdering his wife and burying her in a shallow grave behind his parent’s home in Fairfield began Monday morning in the Somerset County Courthouse.

Prosecutors say Luc Tieman shot and killed his wife, Valerie Tieman in August of 2016. They laid out a timeline of events for the jury, including messages between Luc and Valerie’s father and police where he claims he would never hurt his wife because he “loved her like Christ loves the church.”

Tieman initially told police that his wife had left him for another man. He claimed the two had been arguing and drove to the Skowhegan Walmart together, where she stayed in his truck while he went inside to grab food. When he came back, Tieman said his wife was gone. He never filed a missing person report.

However, prosecutors pointed out that the last night Valerie had contact with anyone was the same day she was told in a Facebook message Luc was allegedly having an affair. In the prosecution's opening statement, the state told jurors Luc had spent the same day with his “new girlfriend” at the Waterville community pool.

“Valerie's phone records show that Valerie placed 31 calls to Luc's phone from his parent's home in Fairfield. He didn't pick up until 10:30 that night, when he was on his way home from his date with Bobbie Jo,” Assistant to the Attorney General Leanne Robbinson said. “Common sense might tell you that when he got home, there were words.”

The state alluded that the two might have broken out into an argument over this, but it was not clear if prosecutors had the evidence to prove it.

No one heard from Valerie again.

In the days leading up to discovering Valerie’s body and Luc’s arrest, police who testified said Tieman was more than happy to help police. This is what Tieman’s defense focused on, his cooperation with authorities.

“This is not a man who had anything to hide,” Tieman’s defense attorney Stephen Smith said. “He wanted to help the officers find his wife.”

Though he was quick to help, prosecutors aren’t buying it. They pointed out how quick Tieman was to change his story once police located her body behind his parent’s home. Tieman told officials he had watched her overdose on heroin. He didn’t want to upset her parents by telling them, so he told police he and his brother decided to bury her in the backyard.

“Other detectives of the Maine state police joined the investigation, and Luc’s story began to unravel,” Robbins said.

The judge denied the defense's request to present an alternate suspect to the jury.

The trial is expected to go at least a week.

If convicted Tieman faces between 25 years to life in prison.