'I couldn’t save him, I tried': Orono resident attempted to save UMaine student who drowned

Dustin O'Hara attempted to save the life of Regan McCleary, who reportedly jumped off a bridge before drowning Saturday. The incident remains under investigation. 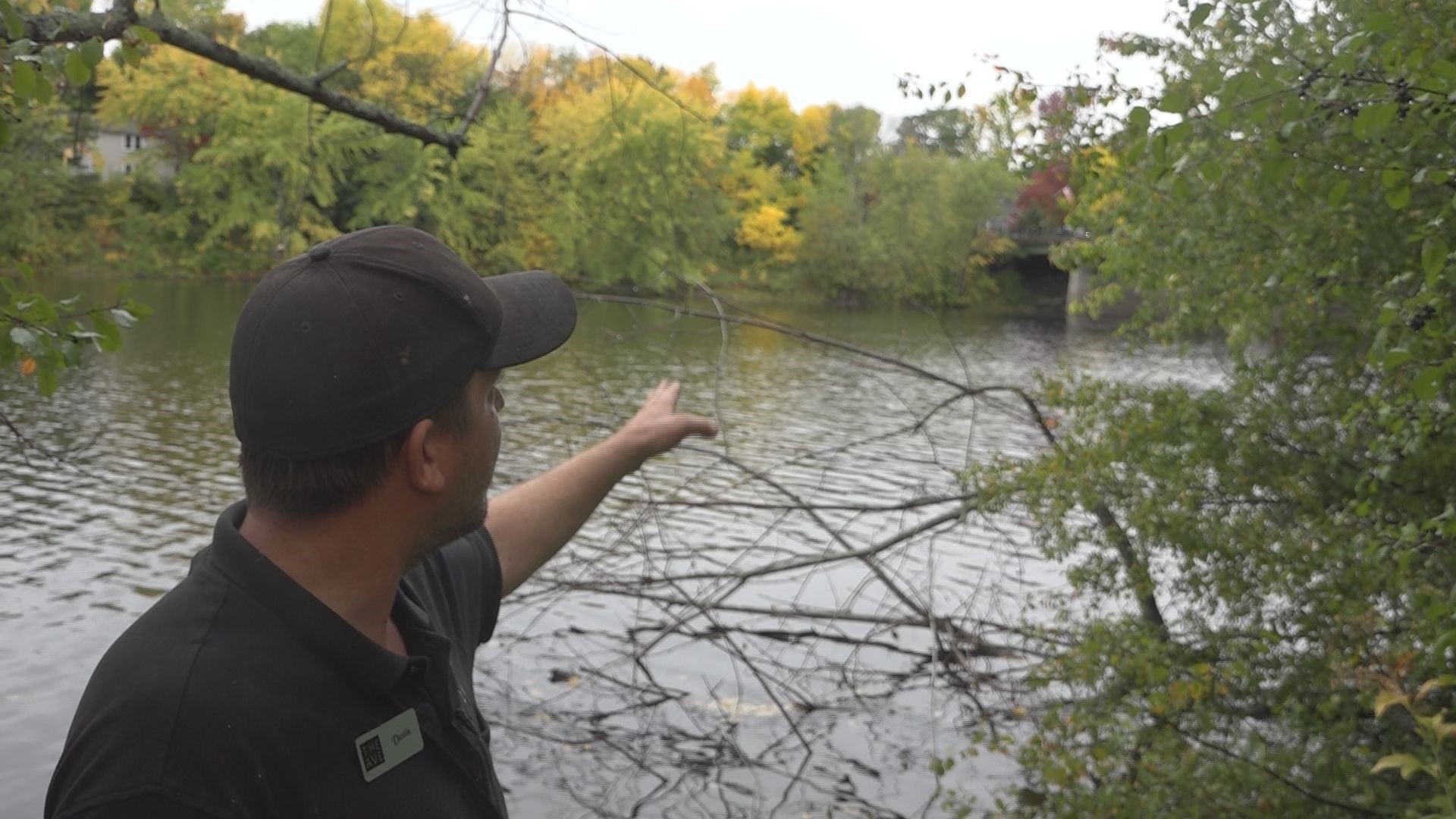 ORONO, Maine — Just before 5 p.m. on Saturday, Orono Police and Fire responded to a call at the Brandon M. Silk Memorial Bridge. It was reported that someone had jumped off the bridge and was struggling in the water.

The body of Regan McCleary, 19, of Buxton was found and identified Saturday night. McCleary was a student at the University of Maine at Orono.

On the bridge, a memorial was set up for McCleary. Items including flowers, candles, and T-shirts were laid out in his memory.

“We believe he was by himself," Orono Police Chief Josh Ewing said Monday. “It’s really important to us to find out why the individual went into the water.”

Ewing added the investigation is ongoing and he hopes to have an update by the end of this week.

McCleary's supposed jump off the bridge was around the same time Dustin O'Hara and his son went for a walk. O'Hara has lived near the bridge and off the Stillwater River for two years, and spent Saturday urging his son to go on an "adventure."

When the two walked across the bridge, O'Hara heard noises coming from the riverbanks but assumed it was college students enjoying a nice September evening. The UMaine campus is just down the road.

When he knew something was wrong, he took action.

“Once I realized there was a sense of urgency, I ran all the way across the bridge and went down to the bank and saw someone in the water struggling," O'Hara said.

During his lunch break Monday, O'Hara showed NEWS CENTER Maine how he got to the riverbank, where he took off his clothes and what happened while McCleary struggled in the water.

O'Hara said once he started swimming out to him, McCleary slipped under the water for the first time.

When he got to McCleary, O'Hara tried to give him something to hold on to, but he could tell McCleary was getting exhausted. After a few more moments he slipped underwater for the second and final time.

When the shock of the situation wore off, and after O'Hara helped identify the body, he saw that McCleary had pants and a hooded sweatshirt on.

Monday was the first day back in class for UMaine students after this weekend's tragedy. Vice President of Student Life Robert Dana said his office reached out to students and faculty closest to McCleary.

“Those students are reached out to and offered support whether its support from the Dean’s office here or counseling support," Dana added.

For additional support, O'Hara said he is more than willing to speak to the family of McCleary and give any details from Saturday's drowning.

“If they want to talk to me and ask me anything, I’d be glad to help them any way I can," he said.