Starting March 3, people age 60 and older will be eligible. Maine will no longer prioritize vaccines to people in certain jobs or with certain health conditions. 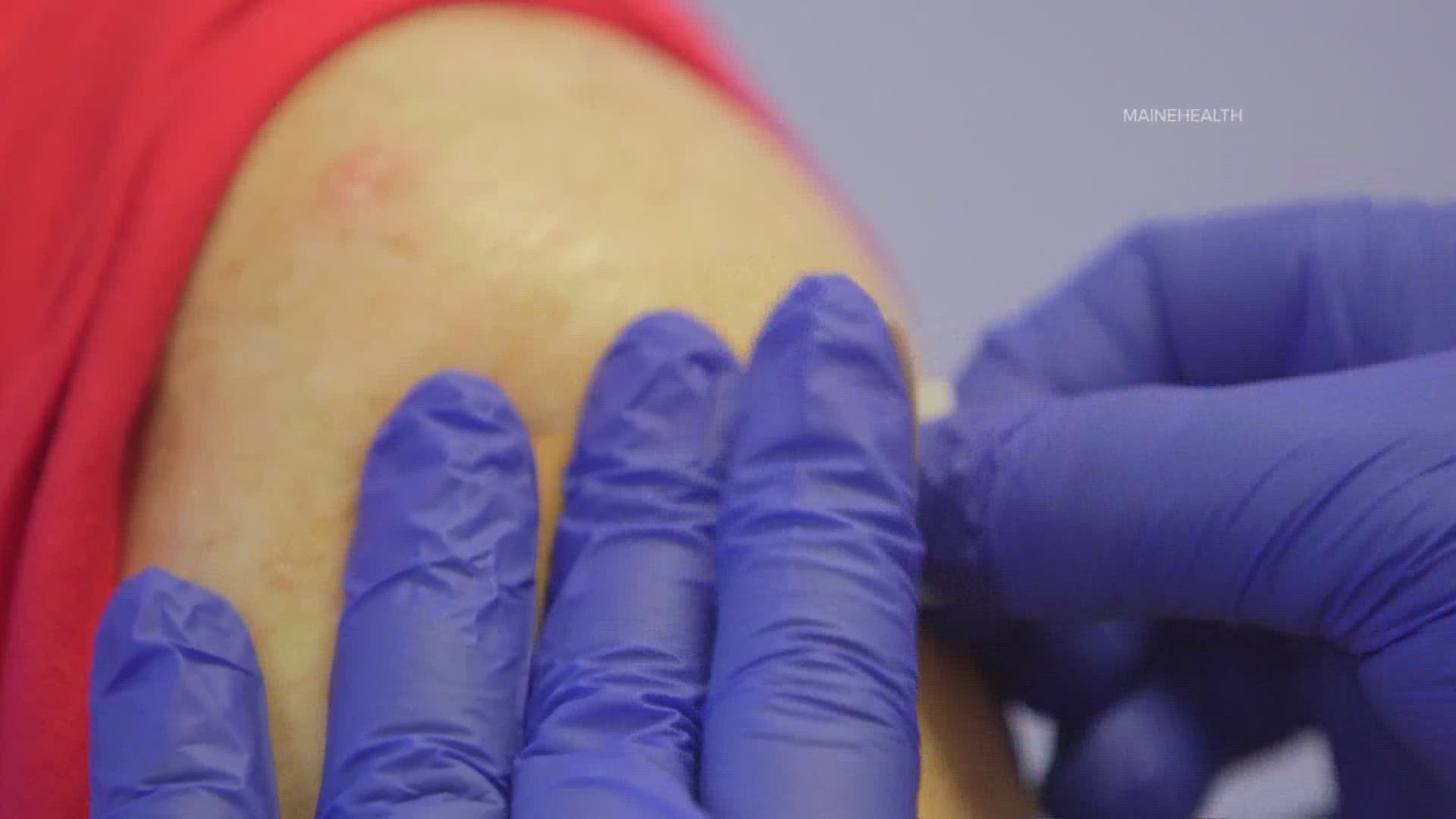 PORTLAND, Maine — When Maine Governor Janet Mills announced the state's new age-based approach to the COVID-19 vaccine rollout on Friday, she explained that Maine would no longer prioritize vaccines to people in certain jobs or with certain health conditions.

"It replaces the prospect of complicated eligibility rules like those based on your type of work or specific medical conditions, the verification of which I'm very concerned would become difficult to implement and could inadvertently slow down the process of getting shots in arms," said Gov. Mills.

Now, Maine's approach is solely based on age. Starting March 3, people age 60 and older will be eligible. In April, people age 50 and older become eligible. It continues by decade until July, at which point anyone age 29 or younger becomes eligible.

"The approach is clear, straightforward. It's easy to understand, and, importantly, it's easy implement and easy to verify," said Mills. "Either you're 60 years of age or older, or you're not."

Maine Department of Health and Human Services Commissioner Jeanne Lambrew said the hospital systems and clinics can still choose to prioritize appointments for people they know have underlying health conditions.

"Within a category of eligibility, providers can prioritize those who are more at risk," said Lambrew.

I've been getting this question a lot about the new age-based approach to #COVID19 vaccine rollout in #Maine : what about prioritizing people's jobs or health conditions? Here's what @GovJanetMills and @MaineDHHS comm. Jeanne Lambrew have to say. @newscentermaine pic.twitter.com/ZGLYaMWyMB

The change to an age-based approach is not welcome news to those who had expected to get the shot under the old system.

"I’d suggest interviewing some teachers about the heartbreak and surge in anxiety that went with Friday’s announcement. Teachers’ mental health has been wrecked this year, and the government has done nothing but applaud our work as they turn their back on us," wrote Twitter user @mr_lynx17.

Maine CDC Director Dr. Nirav Shah said his counterparts in other states noticed three consistent challenges with prioritizing vaccines based on job or health condition: verifying someone's employment or medical condition; determining what severity of medical conditions get priority; and noticing envy, stigma, or skepticism around others waiting in line to get a shot.