"Something like this prevented one veteran from committing suicide," Buckmore said with tears in his eyes. "I never thought I'd be in a place like this." 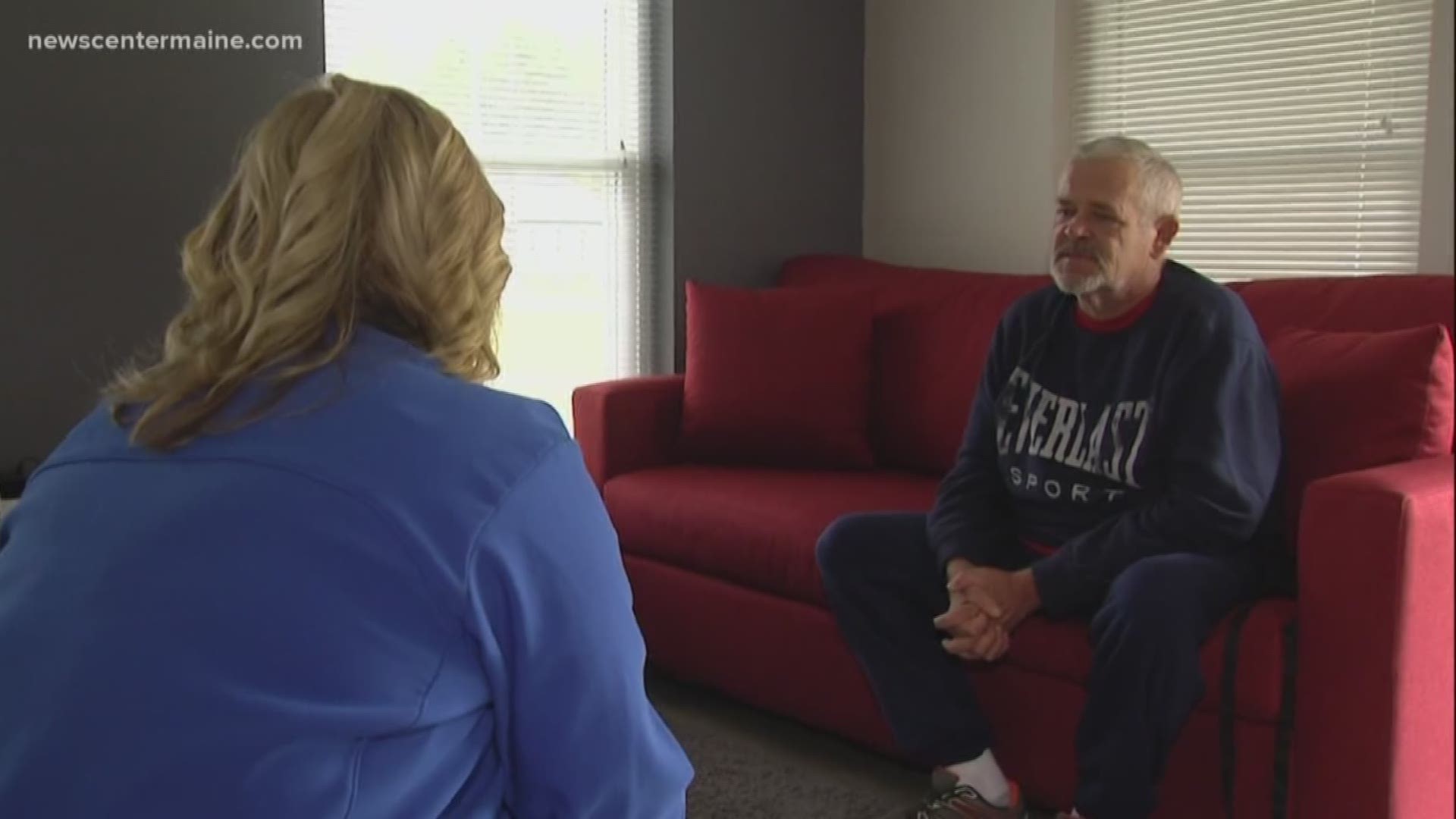 AUGUSTA (NECN)-- A veterans housing project, believed to be the first of its kind, is giving homeless veterans a place to live and a community of support.

The Cabin in the Woods project is subsidized housing located on the grounds of the Togus VA Hospital in Augusta, Maine. It was built to be close to VA services while being tucked away in the woods.

Volunteers of America, the group behind the project, hopes it gives veterans a calming sense of being close to nature — while being conveniently close to appointments and services.

"It's a permanent, supportive housing program that's affordable for them, but also brings services to their doorstep," said Rich Hooks Wayman, President, and CEO of Volunteers of America Northern New England.

Hooks Wayman said some of the veterans living in the cabins had been camping outside, and others were staying in homeless shelters. Some live alone, others have children, grandchildren, and spouses living with them.

Three weeks ago, Army veteran Tim Buckmore moved in. He had spent the past three years living in homeless shelters and spent some time at Togus' psychiatric ward due to suicidal thoughts. As he recovers from two recent strokes, he says the hope that comes from a new home may have saved his life.

"Something like this prevented one veteran from committing suicide," Buckmore said with tears in his eyes. "I never thought I'd be in a place like this."

Veterans living at the Cabin in the Woods project can stay as long as they need. In compliance with federal guidelines, they contribute 30 percent of their income or benefits to rent.

"There's been [veteran] homelessness for a long time," he said. "It's about time something like this has come about."

According to a spokesperson for Volunteers of America, the veterans are in need of cleaning supplies, toilet paper, paper towels, and other household items. Bus passes for KVCAP transportation, or gift cards to stores like Hannaford or Walmart would be helpful as they start this new chapter.