Gov. Kemp responded to the call for a protest on Tuesday afternoon saying the "insanity needs to stop." 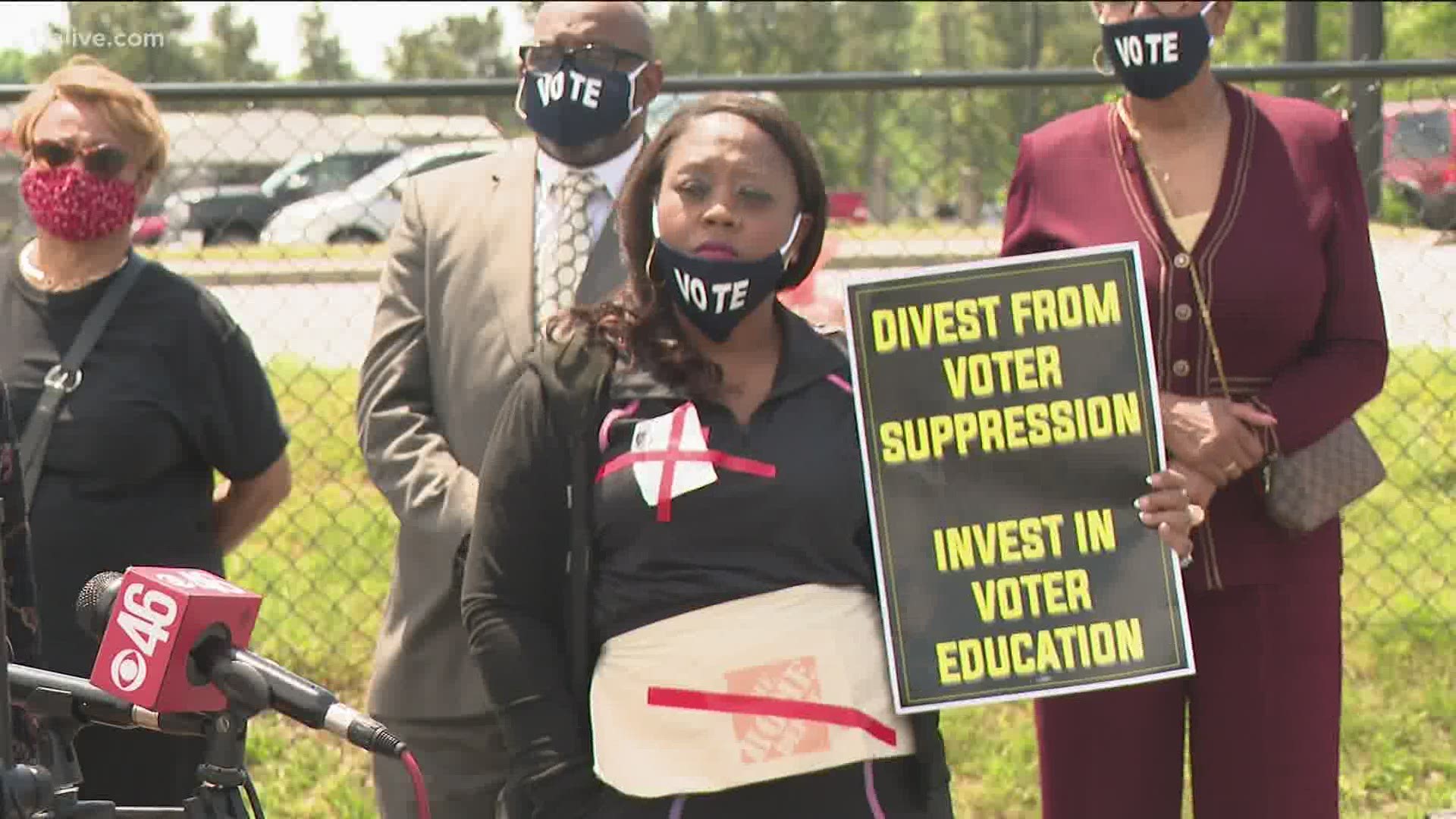 ATLANTA — An outspoken group of Georgia's faith-based leaders are calling on a boycott of The Home Depot, they announced on Tuesday. It is the first formal boycott called after weeks of attempted engagement and discussion, they said.

The group, representing more than 1,000 churches across the state, said the boycott stems from the controversial voting law signed by Gov. Brian Kemp last month.

Over the last month, in an effort to create dialog, a united coalition of faith-based leaders has been in constant communication with corporate leaders around the state "in hopes of shining a light on the actual facts and repercussions of this new law," they said in a statement. They said the results "have seen corporate activism unseen in decades."

They initially called a statewide boycott of major corporations, however, once the discussions began with corporate leaders and executives from across the state, they put that on hold when Coca-Cola officials initiated a virtual meeting with everyone.

The group organizing the boycott said The Home Depot, headquartered in Atlanta, "chose not to attend the meeting, ignored a series of follow-up requests, and has failed to speak publicly on the new law."

Gov. Kemp called a news conference less than an hour after the call that his office said "will highlight his opposition to the job-killing Home Depot boycott and his support for Georgia jobs."

Here are the facts about who @homedepot employs in Georgia:
👷🏼‍♀️ 27,000 associates
🔨 90 stores
🏗 15 distribution centers

"This insanity needs to stop. The people that are pushing this, that are profiting off of it, like Stacey Abrams and others, are now trying to have it both ways," Kemp said. "There is a political agenda here and it all leads back to Washington DC."

Kemp has continued to say that there is a lot of misinformation out there about the law. He said he's conducted more than 70 interviews and has been open and honest about the law.

He said he would continue to stand up and fight for Georgia-based companies.

"This is about what's right and wrong," he said. "For them (Home Depot) to be targeted by this organization and by these people is quite honestly hard to comprehend."

11Alive reached out to The Home Depot for a statement and they said they "decided that the most appropriate approach for us to take is to continue to underscore our statement that all elections should be accessible, fair and secure and support broad voter participation, and to continue to work to ensure our associates in Georgia and across the country have the information and resources to vote."

Jackson, in a statement, said the group has not asked for support from any political leaders or elected officials. He also added that Chick-fil-A and Arby's could be the next businesses they call on for a boycott "dependent upon whether or how they respond."

Kemp's office said The Home Depot employs nearly 30,000 Georgians who work at the 90 stores and 15 distribution centers in the Peach State.

RELATED: Georgia election law explained: Here's what the law does, doesn't do

Republicans said state election law was overdue to get an overhaul, irrespective of the 2020 election, which saw significant losses for the party.

Major League Baseball pulled the All-Star Game from Truist Park in Cobb County over the voting law after initial calls to boycott the state came about. Actor and director Will Smith also announced that he'd be pulling his film "Emancipation" out of the state in protest of the law. It was the first major film to make such a move.