The town has designated the last day of curbside recycling pick up as September 27, 2018. 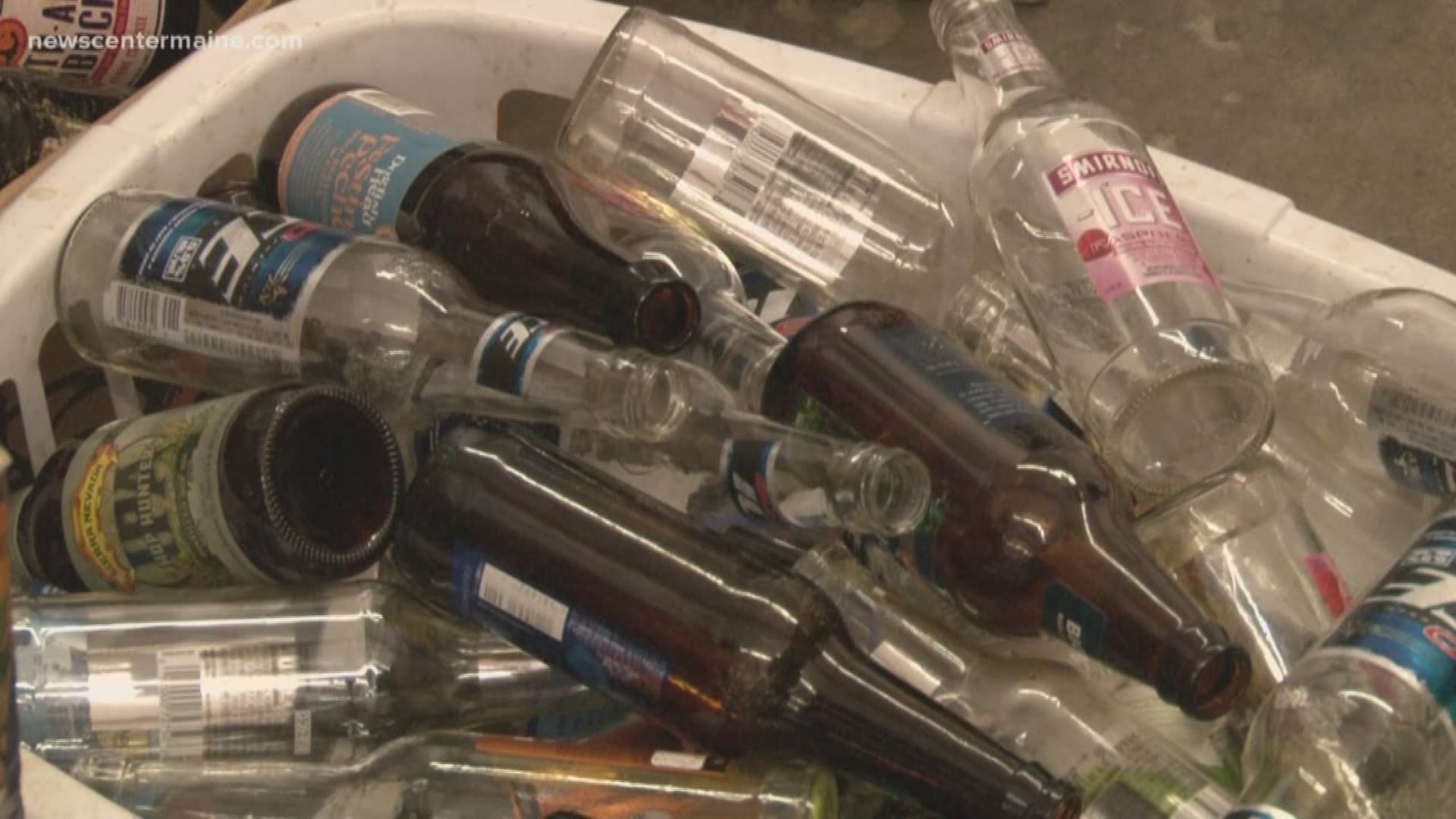 HOLDEN (NEWS CENTER Maine) -- The town of Holden will soon become the latest casualty in the rising costs of recycling.

In a memo to the town, Breadmore said due to the largest recycler of glass in the northeast closing its doors, and China virtually ending overseas recycling, the town can no longer afford to sustain their recycling schedule.

Since July, the costs of recycling have risen from $20 per ton to $140 per ton. The town estimates that continuing to pay for recycling at this rate would put them more than $20,000 in the hole by the end of the year. The cost to dispose of a ton of trash is currently priced at $70, half of what the current cost is to recycle.

"Unfortunately, we do not have the budget to sustain continuing at $140 a ton for the fiscal year," said Breadmore.

The town has designated the last day of curbside recycling pick up as September 27, 2018. However, cardboard stacked neatly next to the trash will continue to be taken at no cost.

The town is a pay-as-you-throw community, so it's asking residents to purchase $2 stickers to label recycling bags, which will then be thrown away with the trash.

However, there is also an alternative in town.

"It's the only one to my knowledge in the town of Holden," said Holden resident and business owner, David Hawes, of his facility.

Hawes owns Stompers Beverage Superstore, which operates a bottle and can redemption center in the back of the building.

"It is growing rapidly and becoming very popular, so we do still have a redemption option," said Hawes.

Only for plastic, glass, and cans, though, not for paper products.

Still, Hawes expects to see an increase in traffic at his redemption facility when curbside recycling ends in town.

"We'd like to recycle as much as we possibly can, but it has to be financially feasible," said Hawes. "The town is making a prudent business decision."

Neighboring small towns such as Eddington, Orrington, Dedham, Clifton, and Gouldsboro, faced with the same dilemma this summer, have also made the tough decision to end recycling pick up.

In the memo, Breadmore says the town will consider bringing the recycling program back "if recycling makes a resurgence and it is a viable alternative."

Additionally, the town of Holden has joined more than 120 other communities in taking part in the Fiberight MRC program in Hampden. They take all of the waste picked up curbside and are able to recycle it into a natural gas-like, pulp product.

"Fiberight’s technology was developed to support and enhance regional recycling efforts," said Fiberight's director of community services, Shelby Wright, via email. "We see trash as a valuable resource and will use state of the art technology to provide a better solution for the recovery of these resources from municipal solid waste, regardless of whether a local recycling program exists."

Wright goes on to say the program does not rely on overseas markets to recycle, and therefore is not bound by the market's fluctuations.

"We are excited to offer a more affordable and stable pricing structure for the processing of recyclable materials at our new facility and look forward to providing new flexibility to Holden and other communities as they move forward with the management of their recycling and municipal solid waste," added Wright.