Hike for the Homeless: Chesley's story

The Bangor Area Homeless Shelter is doing it's part to get Mainer's back on their feet one step at a time. 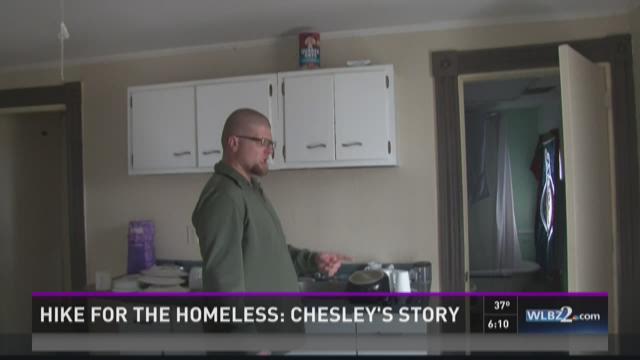 BANGOR, Maine (NEWS CENTER) -- Resources provided by homeless shelters are crucial to the lives Maine's homeless population -- for Chesley Bragdon, it gave him a chance at a fresh start.

"It's not easy owning your own apartment and paying rent and every day situations" Bragdon said. "But it's worth it". Bragdon has been in and out of group homes for most of his 38-years. He is originally from Portland but moved to Utah a few years ago. When he found himself homeless again, he bought a ticket back to Maine with all of the money he had left. Having his own apartment is a huge accomplishment.

"You've got to have faith in yourself to pick yourself off the ground and restart your life" Bragdon said. "You just need to do it in steps, and that's exactly what I did".

Bragdon had the support of the Bangor Area Homeless Shelter -- they helped him save money, get into an apartment of his own and start applying for a full-time job.

In the next five years, Bragdon hopes to have accomplished even more. "Furthering my education, that's where I'd like to see me and you know owning a vehicle" Bragdon said. "Basically doing things on my own that I never got a chance to do at all during my whole life".