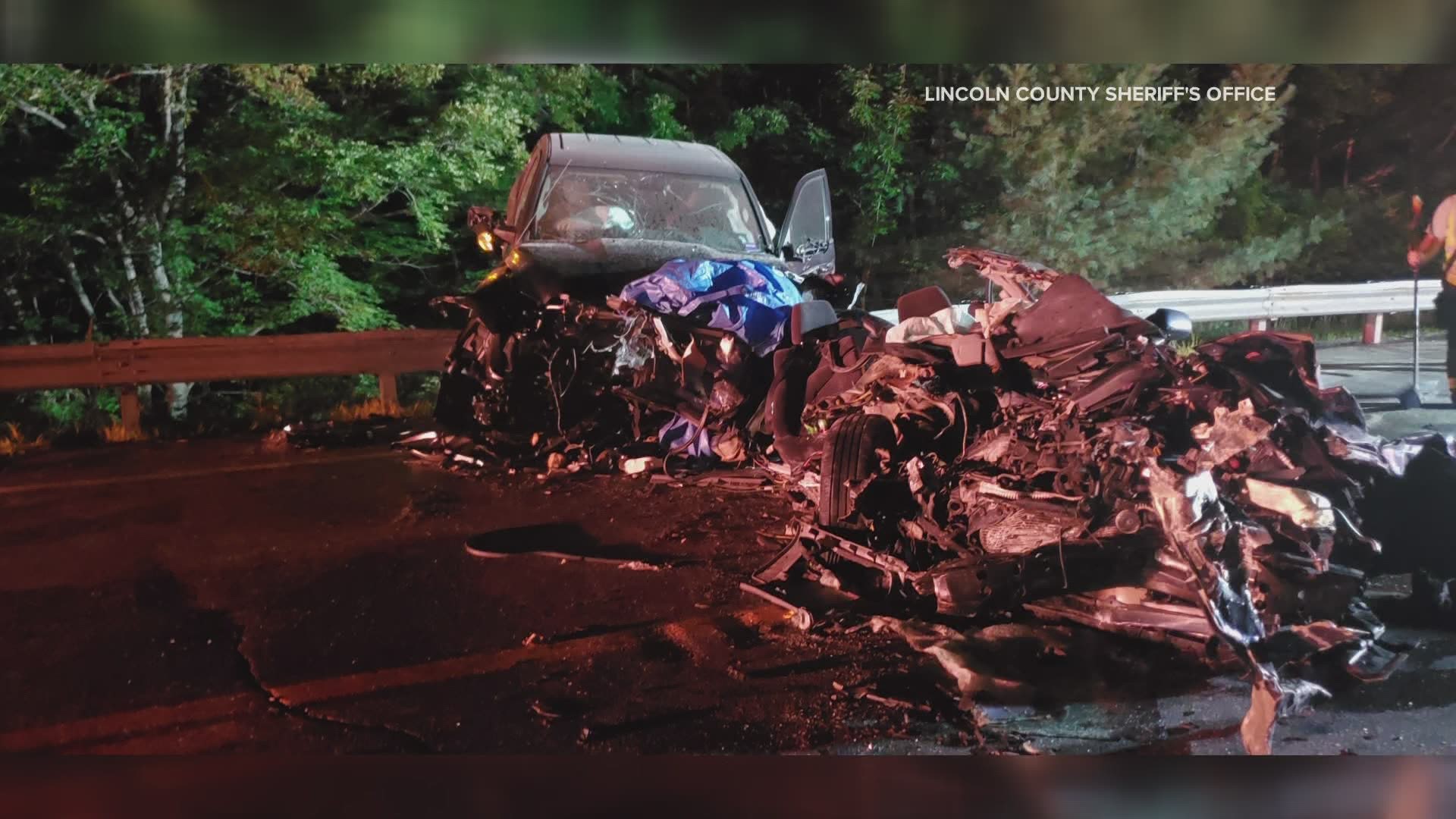 Police were dispatched to a fatal head-on crash on Route 17 in Jefferson Friday around 10:30 p.m. Police say the crash happened approximately three miles west of the Route 32 intersection.

The preliminary investigation shows that a 2004 Subaru Legacy 4-door, driven by Robert Crowe, 55, of Thomaston, was headed east on Route 17 when it crossed the center line.

Jacob Stevenson, 25, of Damariscotta was driving a 2019 Dodge Ram truck westbound and was hit by Crowe.

Crowe and the female passenger, Hailey Robinson, 26, died at the scene as a result of their injuries.

Police say Robinson was wearing a seatbelt, but Crowe was not. He was ejected from the vehicle.

In addition to Stevenson, there were two other passengers in the truck: Amy Green, 25, of Damariscotta, and Allen Bowman, 26, of Waldoboro. Police say all three were wearing seatbelts and the truck's airbags deployed.

Police say speed was a factor in the collision. The Maine State Police is assisting with the crash reconstruction.

During the investigation, Route 17 was completely shut down until approximately until 1:50 a.m. when normal traffic was restored.