'He smoked crack like he breathed air.' Psychologists testify to Williams' state of mind

John Williams will not testify during his murder trial. He is accused of killing Somerset County Deputy Eugene Cole in Norridgewock in April of last year. 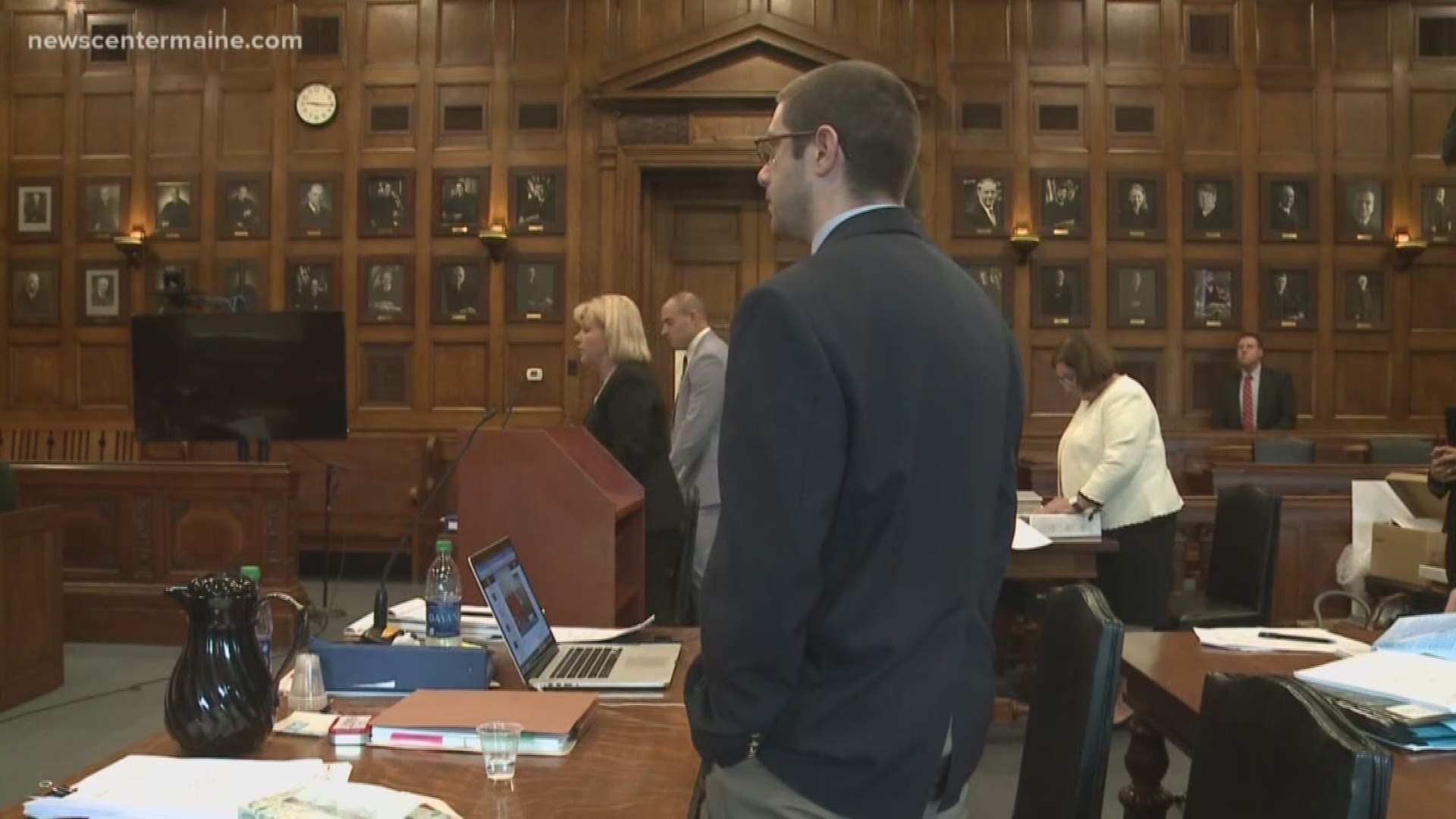 PORTLAND, Maine — John Williams will not testify during his murder trial. He is accused of killing Somerset County Deputy Eugene Cole in Norridgewock in April of last year.

Williams told Justice Robert Mullen Friday that he is exercising his right to remain silent.

Dr. Brain Cutler, a professor at Ontario Tech University, specializes in social and forensic psychology. He testified that people like Williams, who are under stress of isolation, hunger, fatigue, and pain can lose the ability to make decisions.

Dr. Cutler said Williams' condition could have affected his decision making process when he confessed to detectives that he shot and killed Corporal Cole after a four day manhunt.

"Sleep deprivation affects our ability to control thought and behaviors. It becomes self defeating. We have reduced ability to regulate ones thoughts and behaviors and emotions. Increased stress also impairs cognitive processing."

But on cross examination by Deputy Attorney General Lisa Marchese, Dr. Cutler agreed that Williams was quite responsive during his interview with detectives and that he described in detail what happened the night Corporal Cole was killed.

Via video testimony, Dr. Steinberg told the jury that Williams was doing an extraordinary amount of drugs.

"For over a year, he had chronic drug use. He smoked crack like he breathed air. 3 or 4 grams of crack every day for 15 months. That is a significant amount."

Dr. Steinberg says Williams would not have been able to make rational decisions leading up to, during and after Corporal Cole's killing.

"He was chronically sleep deprived and did not have a rational plan. For instance, he had a vehicle, but he didn't flee the state. He ditched the vehicle. He did not get another vehicle. And when he called his friend, he got a crack pipe. Then he ran into the woods to smoke the rest of the crack. In his desperate state, his focus is on drugs."

Dr. Steinberg says Williams was able to function but did not have the ability to look at the big picture.

"For him, it was about immediacy. For instance, when the deputy confronted him, he didn't want to go to jail. He didn't think through the consequences. I used in the former hearing the analogy of an animal with his leg in the trap, you know -- chewing it off without any awareness of how the animal is going to get food if it only has three legs."

The prosecution then brought in a rebuttal witness who said Williams knew full what he was doing the night of the killing and during the police interview.

Dr. April O'Grady, the director of psychological services at the University of Maine, did a criminal responsibility evaluation of Williams.

Dr. O'Grady argued that Williams was thinking rationally that night Corporal Cole was killed based on what his goals were and what was available to him at the time.

"I found his reasoning to be rational, reasoned. A rational decision has to make sense to that person at that time."

Dr. O'Grady says Williams told her he was struggling significantly with substance abuse and he was fearful of going back to jail in Massachusetts. He was worried about sexual advances in jail.

Williams told Dr. O'Grady he was getting all of his income from drugs and that the people he was working with had killed people.

"He was quite fearful of people in the drug business with him, fearful they may harm him or the people he cared about."

In their interview, Williams told O'Grady that is was time to "fall on the sword and make plans to kill himself. That would solve his problems. He made a plan to make a confession on drug charges that his girlfriend was facing and if he was dead there would be no hits on his family and friends."

Williams said that he drove to the home of Kimberly Sirois, the woman who was like family to him, to say goodbye. He was nervous because they had a conflict the last time they saw each other.  He told Dr. O'Grady he was surprised the door was locked, and he paused and considered a second plan.

"He called her, but he didn't reach her, at that time Cole's car pulled in."

Williams thought if he was arrested "he wouldn't be able to follow through on his plan to save his girlfriend and family and friends."

RELATED: 'I eliminated him.' Jury in Williams' murder trial hears his confession

Dr. O'Grady described what Williams told her about his interaction with Corporal Cole.

"He described things happening really quickly -- he has his pistol and was having thoughts of killing himself. He described tunnel vision, and he said he was looking at himself as a third person looking down. He pulled out the gun -- the deputy slipped. He thought his memory was in fragments. He looks away, and Cole was in front of him. He squeezed and heard the gun shot. I had my pistol, and I went for it. Reality snapped like a rubber band."

Dr. O'Grady also told the jurors she was surprised at William's ability to remember what happened, in such detail, given his drug use.

The defense is not disputing that Williams killed Corporal Cole. They're arguing he was in the throes of a drug addiction and didn't intend to kill Cole.

If Williams is convicted of murder, he could face life in prison.

Williams' attorney, Verne Paradie, says it's probable that closing arguments in the case could come as soon as Monday.