Based on a fragment of a tooth that was recovered, officials announced Tuesday that they have confirmed the shark was a great white shark. 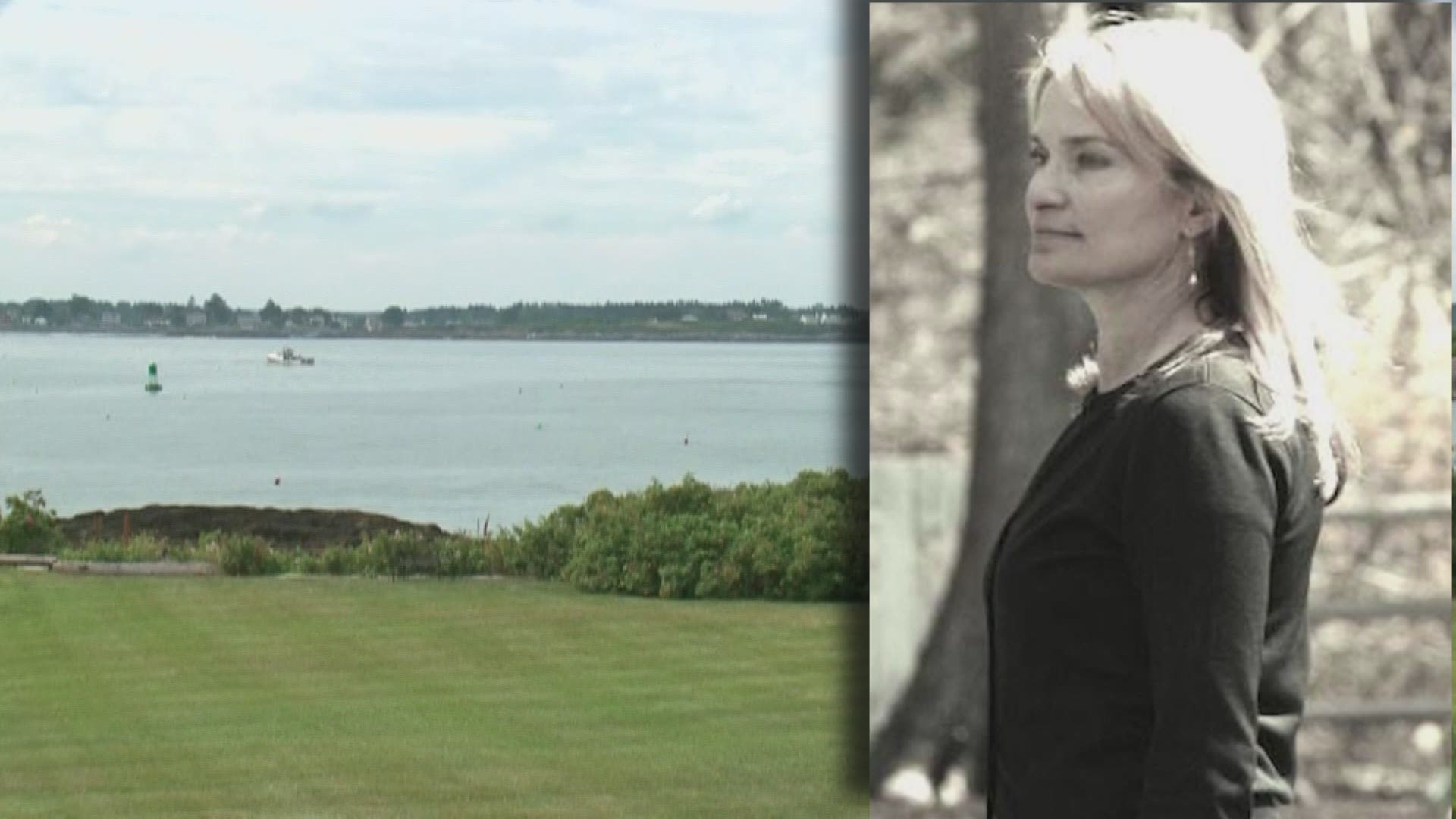 HARPSWELL, Maine — The Maine Department of Marine Resource has identified the woman who was attacked and killed by a great white shark in Harpswell on Monday as Julie Dimperio Holowach, 63, of New York City.

Holowach was swimming with her daughter off the Bailey Island shore near White Sails Lane when she was attacked just before 3:30 p.m.

Holowach's daughter was not injured.

Maine Marine Resources Patrick Keliher said Tuesday that they were swimming about 20 yards offshore when the attack occurred. Nearby kayakers who witnessed the incident helped bring Holowach to shore where she was pronounced dead by EMS personnel called to the scene by another witness on shore.

Based on a fragment of a tooth that was recovered, officials announced Tuesday that they have confirmed the shark was a great white shark.

This is the first death from a shark attack in Maine's history.

According to the Department of Marine Resources, the only other confirmed shark attack in Maine waters occurred 10 years ago near Eastport, and that shark was reported to be a porbeagle.

The victim was wearing a wetsuit at the time of the attack. Commissioner of Keliher said wearing anything dark could mimic a seal. He added that, although the incident of a shark attack in Maine waters is extremely rare, people should use caution when swimming or paddling in areas where there are schooling fish or seals.

According to Major Robert Beal of Maine Marine Patrol, after the attack, they conducted a flight between Casco Bay and Sheepscot Bay to see if they could spot any sharks. No sharks were seen during the flight.

Keliher said the presence of seals in the area is currently considered to be the driving force in the attack.

Keliher said Tuesday that Holowach owned property in the area and was well-known in the Harpswell community. He said it's his understanding that she spent about four to five months in Maine every summer.

In a press release Wednesday, the Orr's and Bailey Islands Fire Department said in part, 'Our island community has lost a vibrant and much-beloved seasonal resident.'

Maine Marine Patrol Commissioner Patrick Keliher says the attack happened approximately 20 yards from shore off Bailey Island at 3:26 Monday afternoon. He confirms the other swimmer was Julie’s daughter and she not physically injured. @newscentermaine pic.twitter.com/wEle8EGA51

Until further notice, swimmers and boaters are urged to use caution near Bailey Island and should avoid swimming near schooling fish or seals.

"We will continue to monitor the area near Bailey Island for sharks and we ask the public to report any shark sightings to your local marine patrol officer," Beal said.

On Tuesday, it was announced that swimmers at Popham Beach State Park and Reid State Park are not allowed beyond waist-deep water until further notice.

Wyrick said they were in the process of sending a small boat to assist in the rescue from the Coast Guard station in South Portland, but their assistance was called off when they heard two kayakers helped transport the two people in the water back to shore, where they were met by members of the Harpswell EMS squad.

The investigation into the attack is ongoing.