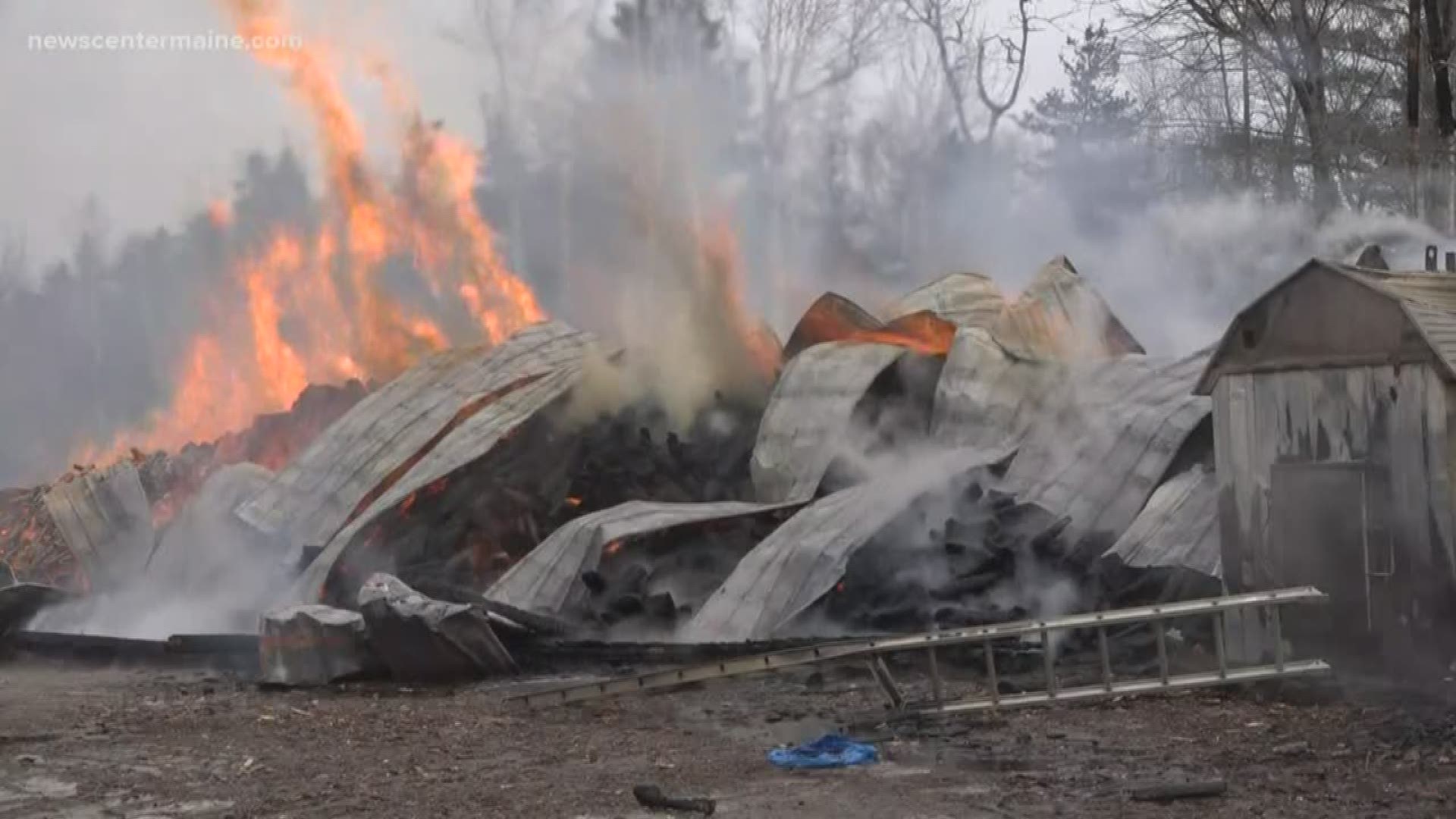 BROOKS, Maine — Fire destroyed a gymnasium in the town of Brooks Wednesday morning at the Fair Haven Camps. No injuries were reported.

The gym was the main meeting place for kids who used it on a daily basis for after school activities and winter and summer camps.

The executive director of the camp, Josh Rose, said this was one of the only heated spaces in the camp, and he's devastated to see it come down.

"We use it pretty much on a daily basis," Rose said.

"The bus goes right to our local school, and up to mount view high school and picks up students and takes them down to the camp daily," Mark Bailey, a community member that has lived in Brooks for over 35 years said.

"It's a loss for the entire community, not only for the people at the camp," Bailey said.

Rose said the camp has been around for 70 years and it means a lot for the community.

The camp will still be opened and the programs will keep going despite the big loss.

Fair Haven Camps have a donation page set up on their main website (fairhavencamps.org/donations) for the camp to be able to initially replace the equipment they used for their after school programs. The camp executive director says they were supposed to have after school activities for the kids this afternoon but, of course, those were canceled.

"Had people in and out of here for that whole 70 years, it's important to the town and really to a lot of people all around the state," Rose said.

Fair Haven Camps
We appreciate your prayers and support. It will take the support of ... our community to get back to where we were. We all have many fond memories of the gym. Thank you to the first responders, friends and neighbors for everything today. Many have asked how they can help.

"They use it a lot for storage in the winter and stuff and the building was completely involved when we arrived," Brian Minard, Brooks deputy fire chief said.

"I know they have been doing a lot of remodeling right there at the camp," Bailey said.

Just last year, the gym was under renovation, and they had finished their renovations in October.

"We've put a lot of love into this and to see it the way it is, it's heartbreaking," Rose said.

Despite it being a very sad day for the entire town, community members showed their appreciation to the firefighters who battled the fire for more than five hours.

"People usually do take care of us, but its been extra special here, they've had homemade pizza and cinnamon rolls," Minard said.

The camp will still be opened and the camp executive director says they will keep the programs going despite the big loss.

"It's Maine, its cold, we needed the heated space and there were a lot of activities in there," said Rose.

"They've been a big part of this town for more years than I've been here," said Bailey.

Here's a photo a NEWS CENTER Maine viewer shared with us taken from her home only a few miles away from the scene.