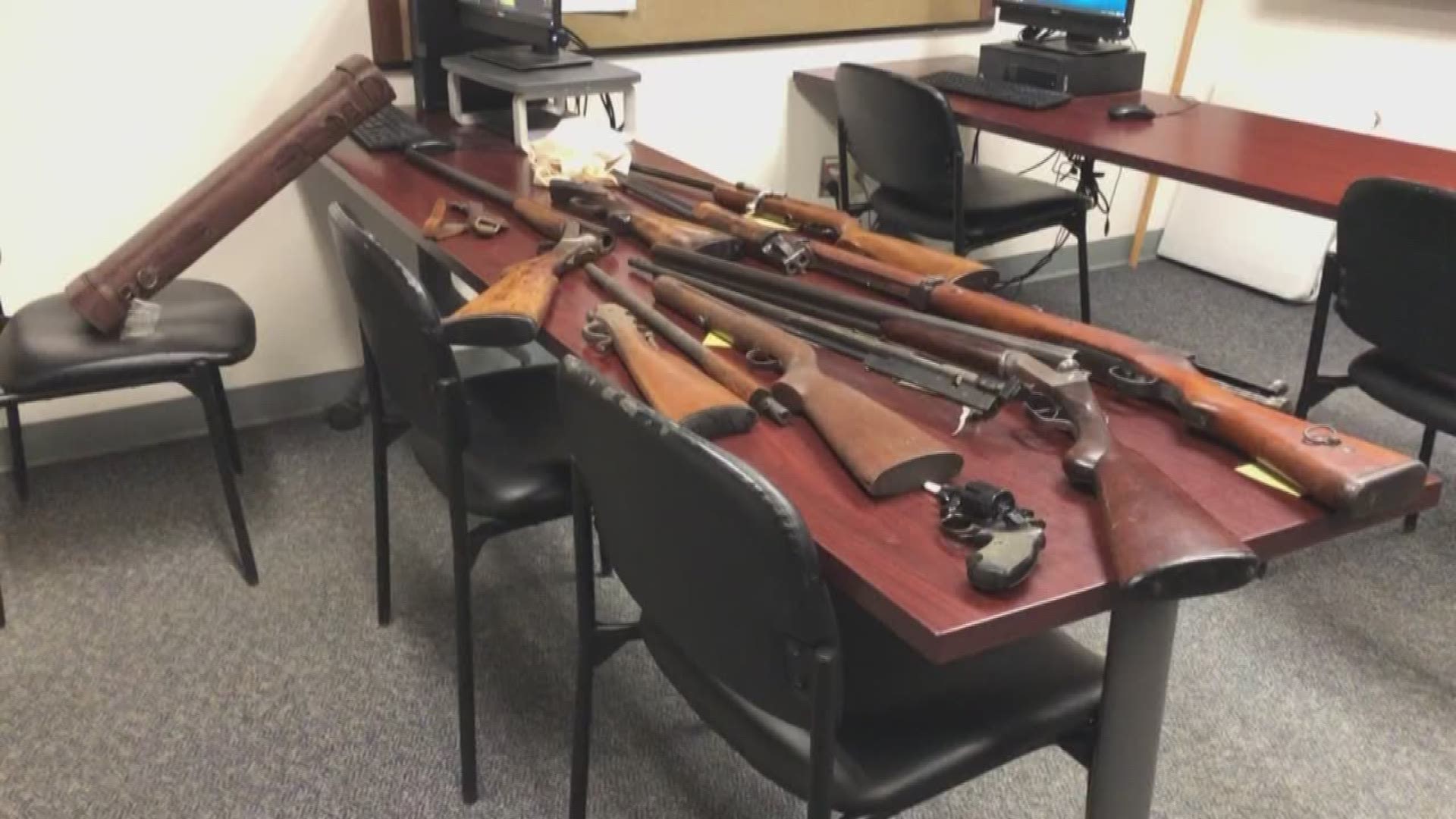 PORTLAND, Maine — The Maine Gun Safety Coalition took in more than 130 guns and more than 3,000 rounds of ammunition as part of an effort on Saturday in southern Maine to get unwanted firearms out of homes and away from the wrong hands.

RELATED: Unwanted firearms can be left at these 7 locations May 11

People dropped off mostly older firearms at locations including Portland and Gorham.

"It's the kind of thing that we see in a lot of houses in Maine. It's an old rifle, an old handgun that you know you're never going to use again, maybe it's been passed down through the family, and you just want to get rid of it, but it's not something you can just put in the trash," said Portland Police's interim chief Vern Malloch.

A company called Raw Tools will turn the guns into garden tools and ship them back to Maine where they will be given to schools with gardens in the greater Portland area.

"The city will offer disposal services for everything from old paint cans to fluorescent light bulbs with mercury and this seems like a natural extension of those services, but because they're firearms, their best left with the police," said Chief Malloch. "It's a step in the direction to keep these guns out of the hands of children or people who might be in crisis."

"It's important because unused guns, guns that are left laying around, old guns, we're not sure if they're safe, being cared for safely, stored safely, if they're just laying around and not being used appropriately or being safeguarded as they should be. It's important to get them off the street, get them out of the community and make some positive use of those guns if they're not used daily any more," said Sgt. Dana Thompson of the Gorham Police Department.

The Maine Gun Safety Coalition said only seven of nine departments have sent in their totals, and they expect to get a final tally by 10 a.m. on Monday.