In 2019, the Portland City Council voted five to four to build an up to 200-bed homeless shelter and service center on Riverside Street in the Riverton neighborhood. 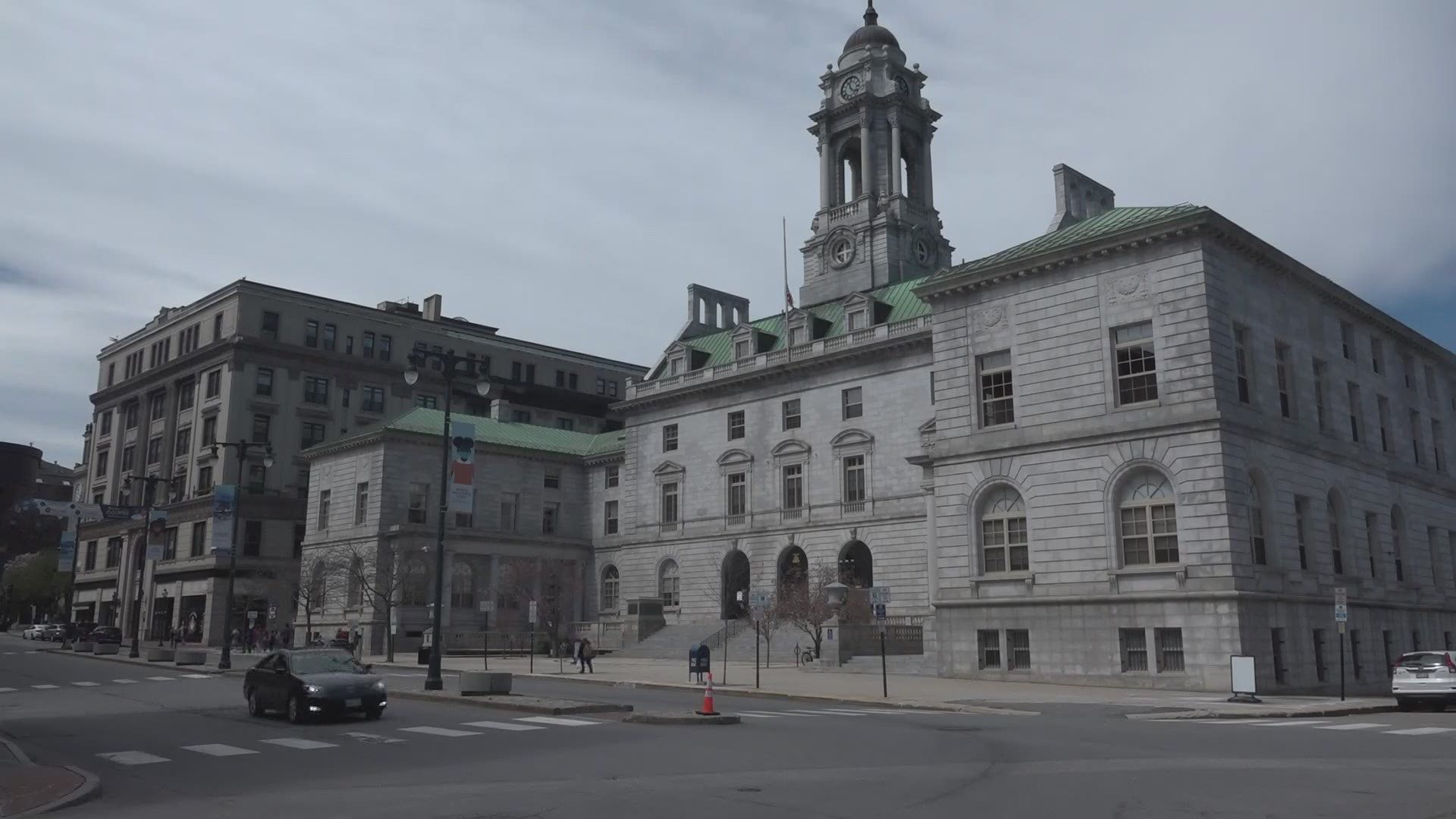 PORTLAND, Maine — Finding ways to address and combat the homelessness crisis has been an ongoing conversation in Portland for years. As the largest city in Maine, Portland sees a big demand that can sometimes be hard to meet. There's a constant underlying goal to help people experiencing homelessness get back on their feet and succeed, but the way to actually do that is where ideas tend to vary.

Most recently, the conversation has focused on the city's plans for a new, up to 200-bed facility on Riverside Street in the Riverton neighborhood by the Westbrook line. This emergency shelter and service center would replace the current 154-bed Oxford Street Shelter. The Portland City Council voted 5-4 for the Riverside location in 2019—but not everyone has been happy with that decision.

Last month, a group of Portland residents submitted a petition to the City Council for a ballot initiative, which would require all new shelters to operate 24 hours a day and would limit the size of new shelters to 50 beds. Organizers say this proposed max capacity wouldn't apply to domestic violence or family shelters,  and it wouldn't affect existing shelters. If the petition gets 1,500 signatures by July 2, it would appear as a ballot question in Portland in November 2021.

I’m LIVE at City Hall to talk about a petition to city council for a ballot initiative by a group of Portland residents. It comes in response to the city’s plans for a new, up to 200-bed homeless shelter on Riverside Street. Details on @newscentermaine at 6:30 a.m. #wakeMEup pic.twitter.com/6F5IOZtOU0

"While I was homeless, I saw where things could be improved," William Higgins Jr. told NEWS CENTER Maine. He said he experienced homelessness four times between 2002 and 2010, despite having a background as a nuclear-trained officer at the Naval Academy. Now, Higgins is the executive director of Homeless Advocacy for All, a nonprofit he has been running out of his own pocket to help change public perception about homelessness—and help people in need to find resources.

"It could happen to anyone," Higgins said.

Susanne Randall, a caseworker for Homeless Advocacy for All, is one of those people. She said people from all walks of life can be impacted, especially foster children, people who have been human trafficked, domestic violence survivors, and LGBTQ community members.

"Walk a mile in those shoes," Randall challenged. "Let's not judge what [we've] never experienced and don't truly know ourselves."

Higgins and Randall are supporting this petition, saying they believe smaller shelters are more personal and private. They also believe the Riverside Street location is too far away from the city and are concerned about transportation issues and isolation.

"I think we can do better than that," Stephanie Neuts, president of Portlanders for Safer Shelters, said about the Riverside Street facility plan. "I think we can have folks feel like they have an area to go to where they're not packaged in and [where] they feel safe."

"I'd much rather see these people plugged into neighborhoods, plugged into communities, and working to integrate and succeed," state Rep. Grayson Looner, D-Portland, said. Looner is another person supporting this petition, calling the city's approach "out-of-sight, out-of-mind".

On Tuesday, May 4, the city released developer bids for the Riverside Street facility—at least two of which are higher than the originally anticipated $8 to $10 million price tag. In a press release, the city attributed some of that increase to needing more space in the facility, with added pandemic safety measures and a rise in overall construction costs. FD Stonewater's proposal is $18.69 million; Developers Collaborative's proposal is $19.23 million; and Fuego Blue, LLC has not disclosed a price.

City officials say the Riverside Street facility wouldn't just be a shelter, though.

"The idea is that we don't want people getting stuck in an emergency shelter," Portland Mayor Kate Snyder said. "We want them to move on to housing."

Snyder said the facility would act as a service center for people experiencing homelessness, allowing them to connect with housing and job resources onsite. It would also provide services like meals, programming, counseling, and a medical clinic. It would require six to eight feet between beds (not mats), as well as designated day space. Snyder said people staying there would also have access to the metro on Forest and Brighton Avenues, and added there is talk of setting up a shuttle bus.

According to Snyder, the Oxford Street Shelter already sees overflow, so she's worried a maximum capacity of 50 beds for most new shelters would create more problems—especially with the demand in Portland.

"About 30 percent of folks who are experiencing homelessness are not Portland residents," Snyder said. "They're from either out of state or outside of our city."

"The amount of money that we spend to service people experiencing homelessness is equivalent to what the rest of the state spends, as far as the number of people we serve," Tae Chong, a city councilor, also noted. He said Portland represents about five percent of the state's population but serves about half of the state's homeless population.

City officials say they want to use the Riverside Street facility to establish a central location where people experiencing homelessness can go to get whatever help they need—with a goal of finding a place to live. Other shelters on the peninsula would still exist. The "triage" site is a concept some people on the frontlines say would help their cause.

"If you put everything in one place, and you allow all of the service providers from the community to all go to one place—people who experience homelessness can go to that one place and have all their needs met most efficiently and effectively," said Cullen Ryan, the executive director of Community Housing of Maine.

It's why some city officials are asking Portland residents to reconsider signing the petition, or voting for the ballot measure if it appears in November.

"We need to follow through with the plan that has been put together by people who do this work on the ground and have been for 45, 50 years," city councilor Belinda Ray said.

If the Riverside Street facility plan isn't overturned by voters, city officials say they hope it could be up and running in the summer of 2023 at the latest.