On Friday, Town Manager Larissa Crockett posted a video to the town's Facebook page saying swimmers are still restricted to knee-deep water only. 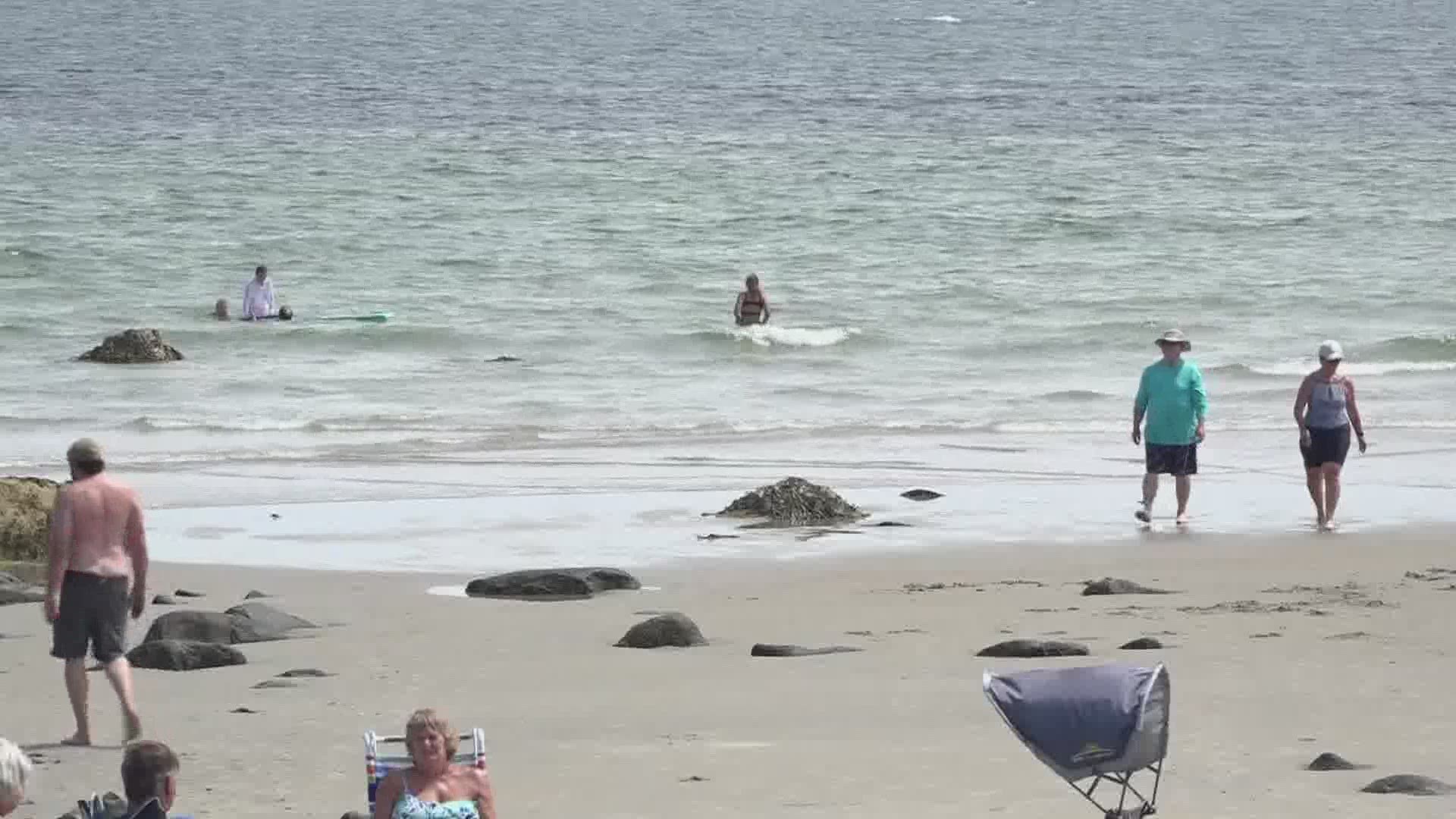 On Friday, Town Manager Larissa Crockett posted a video to the town's Facebook page saying swimmers are still restricted to knee-deep water only.

Crockett added that lifeguards will do their best to keep people safe but that they have also been instructed not to do deep water rescues.

Talking about the lifeguards, Crockett said, "Those are people's kids and we're not sending them into the water for people that chose to ignore our direction of staying only knee-deep."

As of Saturday, the water restrictions were lifted "due to no new shark sightings," Wells Police said. All beaches are open Saturday with no restrictions but police are still urging caution.

"Remember - we are swimming in their home."

8/15/20 - Due to no new #shark sightings, all of our beaches will be open today with no restrictions. Remember - we are swimming in their home. Stay alert and report any sightings to the lifeguards or call 207-646-9354. 🦈🏖#wellsmaine

Police say Thursday around noon several beachgoers alerted a lifeguard they saw fins in the water off of Wells Beach. Lifeguards were going to investigate via a personal watercraft when the Wells Harbormaster got a call from Maine Marine Patrol confirming a great white shark off the bell buoy just outside the jetties at the mouth of Wells Harbor.

The shark was described as being 9 feet long, police say.

Wells Harbormaster Michael Yorke and Wells Fire Chief responded to the area but were unable to find the shark. Lifeguards cleared the beaches at Drakes Island and Wells Beach and beachgoers were told not to go into the water past knee-deep, if at all.

The water advisory remained in effect for all of the day on Thursday, and the advisories will be handled on a day-to-day basis. Surfers were urged to refrain from activity in the water altogether.

Wells police say at this time, the shark has not been seen again.

Yorke told NEWS CENTER Maine he and Wells officials think given all the activity at the beaches, it's prudent they are vigilant.

"Lifeguards and Harbormaster Michael Yorke will be extra vigilant over the next several days in case the shark remains in the area," Wells police said in a press release. "It is not uncommon for Great White Sharks to be in Maine waters during this time of year."

Police ask that any possible sightings be reported to the local authorities.