Governor declares state of emergency in California due to fires, extreme weather

San Diego crews have been reassigned for the past three weeks first at the Apple Fire in Riverside County, the Lake Fire in Los Angeles County and have moved north. 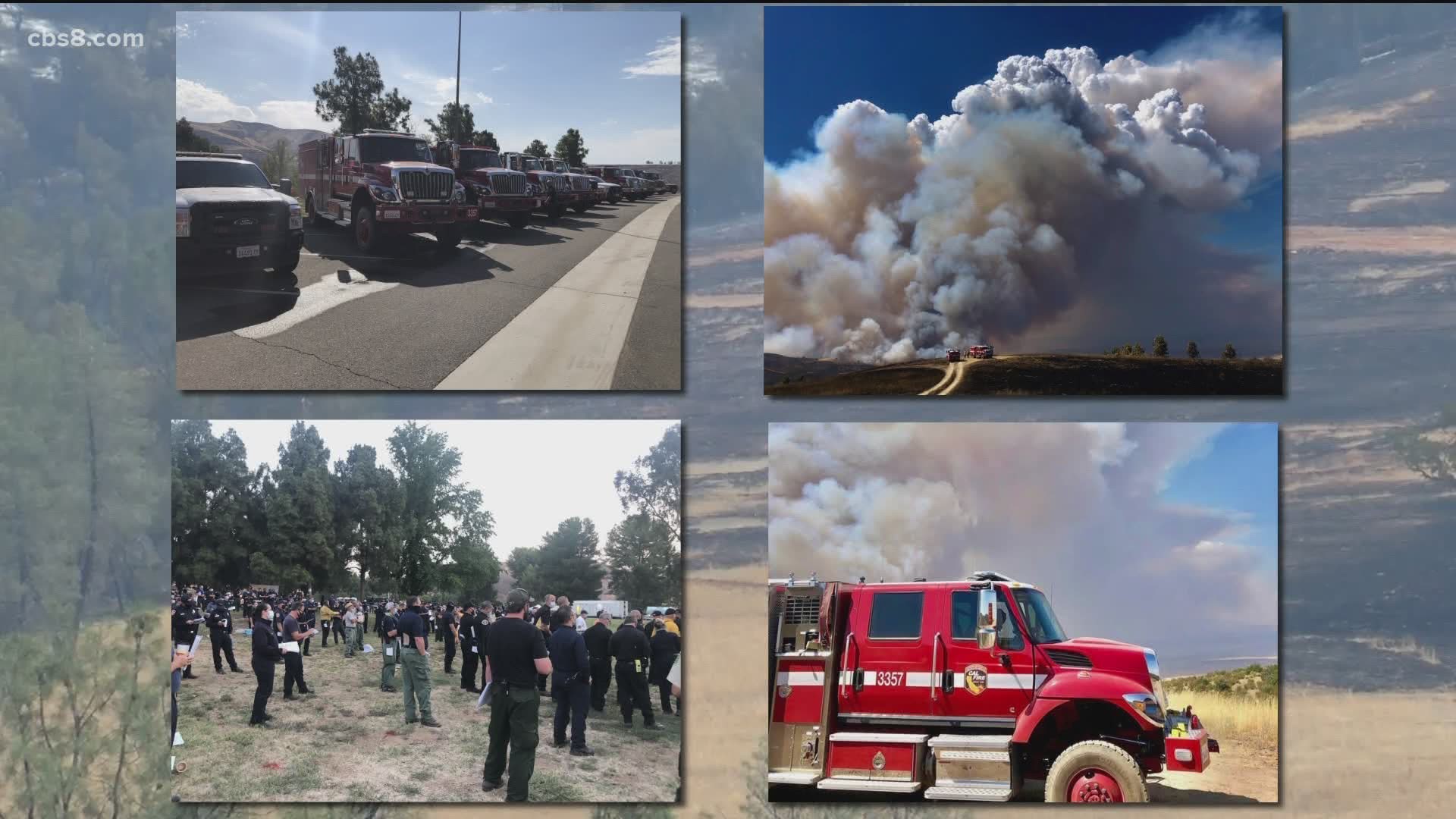 SAN DIEGO — Governor Gavin Newsom on Tuesday declared a statewide emergency due to fires and extreme weather across California. Newsom's office said the state of emergency declaration will help ensure the availability of resources needed to combat fires "which have been exacerbated by the effects of the historic West Coast heat wave and sustained high winds."

Governor @GavinNewsom today declared a statewide emergency to help ensure the availability of vital resources to combat fires burning across the state, which have been exacerbated by the effects of the historic West Coast heat wave & sustained high winds. https://t.co/29FT9lLd6p

“We are deploying every resource available to keep communities safe as California battles fires across the state during these extreme conditions,” said Newsom. “California and its federal and local partners are working in lockstep to meet the challenge and remain vigilant in the face of continued dangerous weather conditions.”

Cal Fire San Diego has five strike teams deployed which is the maximum that can be deployed at one time.

"We essentially begin competing with all these fires to get resources down here," said Cal Fire Captain Thomas Shoots.

Local crews have been reassigned for the past three weeks first at the Apple Fire in Riverside County and the Lake Fire in Los Angeles County and have moved north. As of Tuesday, they had two strike teams, which include 10 engines, on the Holser Fire in Ventura County, and two strike teams on the River Fire in Monterey County. They also had one strike team, which includes five engines, covering Cal Fire stations in San Bernardino County.

As of Tuesday, there were two separate dry lighting complex fires stretching 30,000 acres from Napa to Stanislaus counties, which are several smaller fires in one area.

"We're always going to have resources back in San Diego that we are able to cover but the lag time to get resources in to help is going to be significant so we're going to be as aggressive as ever to keep these fires small," said Shoots.

Earlier this week, Newsom secured Fire Management Assistance Grants from the Federal Emergency Management Agency (FEMA) to aid in the state's response to fires burning in Monterey, Napa, and Nevada counties. He also signed an emergency proclamation and executive order to address the impacts of California's ongoing heatwave which has resulted in rotating power outages across the state.

Cal Fire San Diego said it continues to backfill behind these positions, and monitor conditions locally and work with our partner agencies to ensure adequate resources in San Diego. Shoots said all firefighting personnel are being held on duty to staff up extra equipment. Any extra firefighters not assigned are being used to staff local fire engines with four personnel instead of the standard three personnel.

San Diego Fire Department as of Tuesday had 43 personnel deployed to the Lake Fire, the Ranch Fire, the Salmon Complex fire and the Dome Fire.