Giant Frosty catches eyes in Presque Isle and across the state

It’s also smiling down on the people who pass by because it’s a giant snowman. 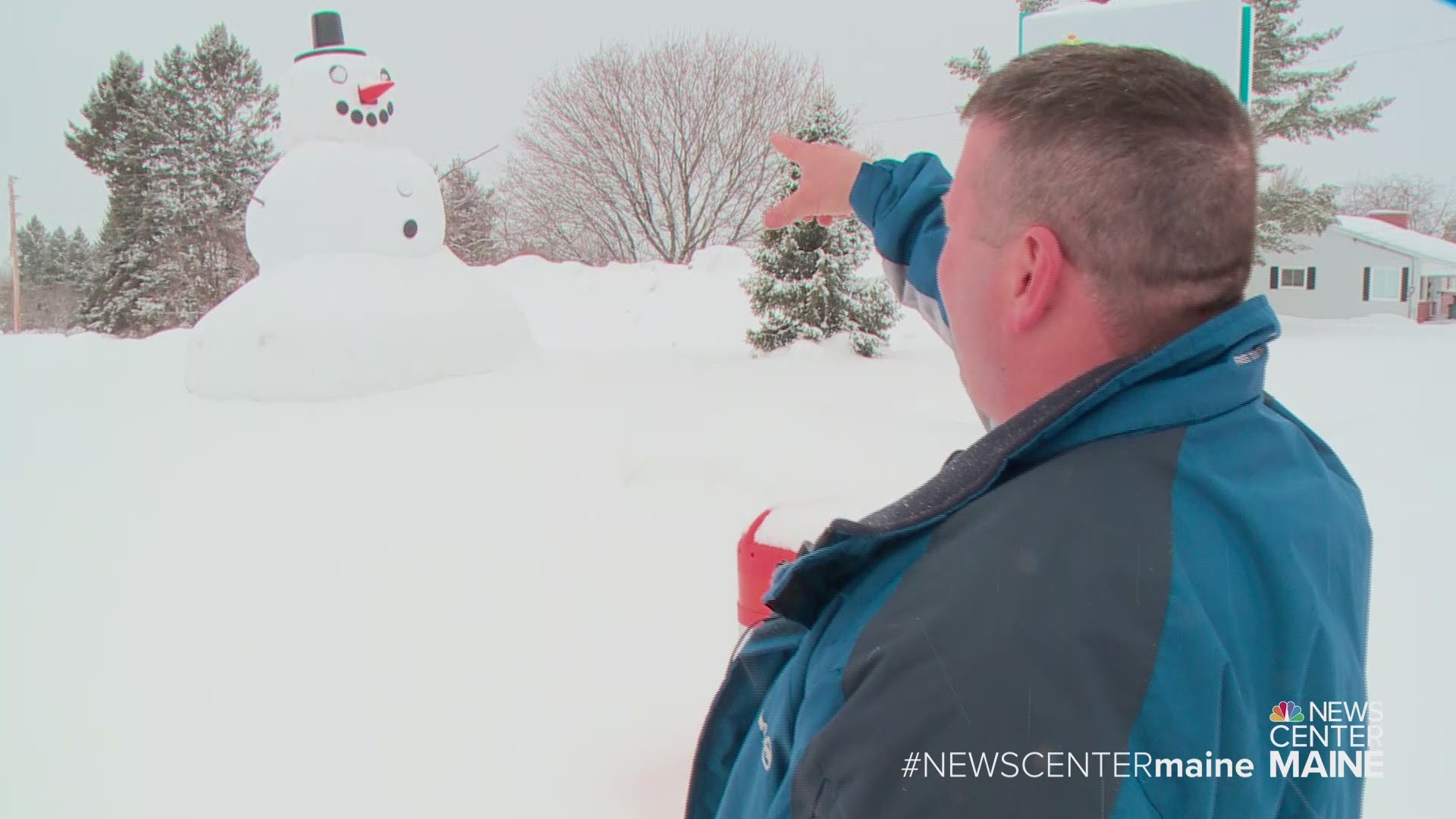 PRESQUE ISLE, Maine — There’s a 28-foot pile of snow in Presque Isle that is standing taller than most buildings in the area.

It’s also smiling down on the people who pass by because it’s a giant snowman.

The over-sized Frosty is proudly perched at the entrance to the Northern Light A.R. Gould Hospital in Presque Isle, where it has been for the past few days.

Hospital staff say they wanted to bring the tradition back this winter, “as a way to brighten spirits during this particularly snowy and cold winter season.”

In a release, the hospital said the snowman got so big and heavy, that it took a couple of tries to build after the first attempt led to the base snowball breaking.

Ryan Breton
There's so much snow in Aroostook County, the snowmen are now taller than most buildings. 📸: Allison Dionne Jewell, Presque Isle

The snowman is estimated to weigh 15 tons in total. The head alone weighs approximately 2,000 pounds, according to the hospital.

Frosty is topped off with a traffic cone for the nose, lids to 5-gallon buckets for the eyes, mouth, and buttons, and a 35-gallon garbage can for the hat.

Photos of the snowman are getting a lot of attention on social media and hospital staff encourage folks to come out and take photos with Frosty.

However, they also ask for people to stop their vehicles safely, and out of the way of emergency vehicles, including ambulances.