Should employers have to provide paid sick leave to employees? The debate heads to Portland's City Hall this week. 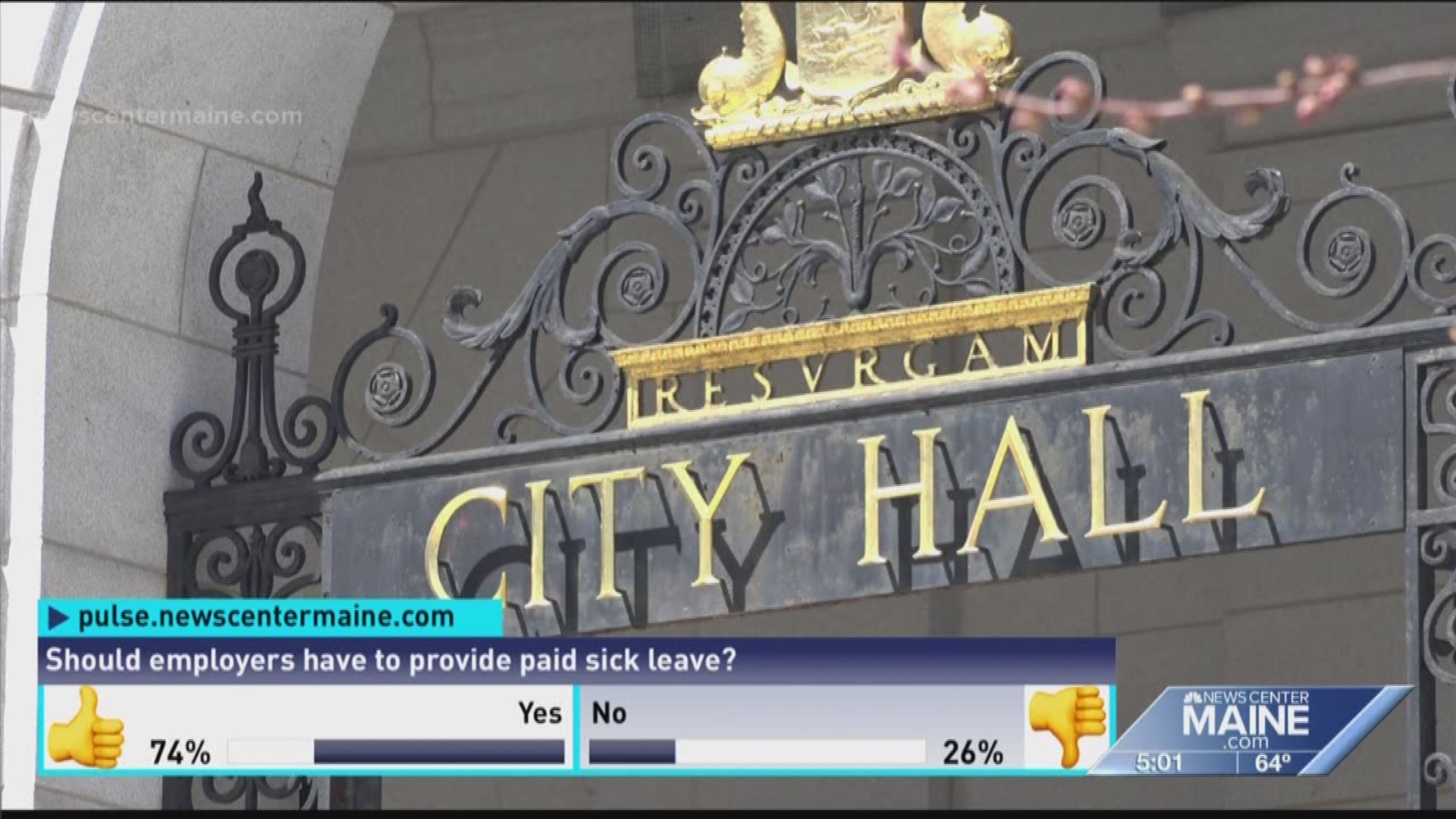 PORTLAND (NEWS CENTER Maine) -- Arguably, no one enjoys working alongside a sick co-worker. During the most recent flu season especially, medical officials were advising people with flu like symptoms to stay home and don’t share any germs.

Some people still work when they are sick, because they would not get paid, and that was the focus of proposed legislation for the entire state, last year. However, LD 1159, a universal sick leave bill was rejected in the Maine Senate.

Now, the mayor of the Pine Tree State’s largest city is making a push for a similar ordinance. Mayor Ethan Strimling says the Portland Paid Sick Time Ordinance would help the estimated 19,000 workers in Portland who receive no paid time off if they are sick or need time off to care for a loved one.

It would ensure that all employees working in Portland accrue a minimum of one hour of sick time for every 30 hours worked and employees can use up to 48 hours of that earned paid sick time in a calendar year.

According to a recent draft of the ordinance, unless in the event of an unforeseeable event, the employee must “make a good faith effort to provide notice to the employer in advance” of using a paid sick day.

There is also a definition provided to cover who, in relation to the employee, is considered family. It is broad enough to include boyfriends and girlfriends.

Mayor Strimling says it will be enforced and the city will have the power to impose penalties on those who abuse the system. However, who exactly will be tasked with the enforcement at the city level, remains unclear.

“I believe that we could probably do this within existing resources,” says Strimling.

“I don’t know if this is a good thing or a bad thing,” says Alec Altman, owner of Binga’s. “It depends on how it’s executed.”

Altman has been with Binga’s since 2004. There are three locations across southern Maine, including its largest restaurant in Portland. There, Altman employees roughly 50 people. Nearly half his staff work on commission. They get $5 an hour and then tip money. He says he questions what that would mean is employees would get paid for a sick day.

“If their wages don’t equal the minimum wage then the employer would have to make up the difference,” explains Strimling.

“If you’re talking 100% at minimum wage you’re looking at maybe a half to a third of what they might earn in a shift…. You can tell someone they can take a paid day off but if a paid day off costs them $100 they might still want to be coming in to work.”

There is a public hearing scheduled for Tuesday at 5:30. Ultimately, the city council could vote on the measure as soon as this fall.

Ahead of Tuesday's hearing there will be a rally outside City Hall organized by several groups including Southern Maine Workers Center, Maine State Nurses Association, and Equality Maine.

In a NEWS CENTER NOW Pulse Poll, 63% of voters said yes, employers should have to provide paid sick leave.