Getting out of jail in Maine: Who decides someone's bail after arrest

Why did Darren Lilly, the man accused of threatening to "shoot up" Central Maine Community College, get out of jail on $1,000 with strict conditions? 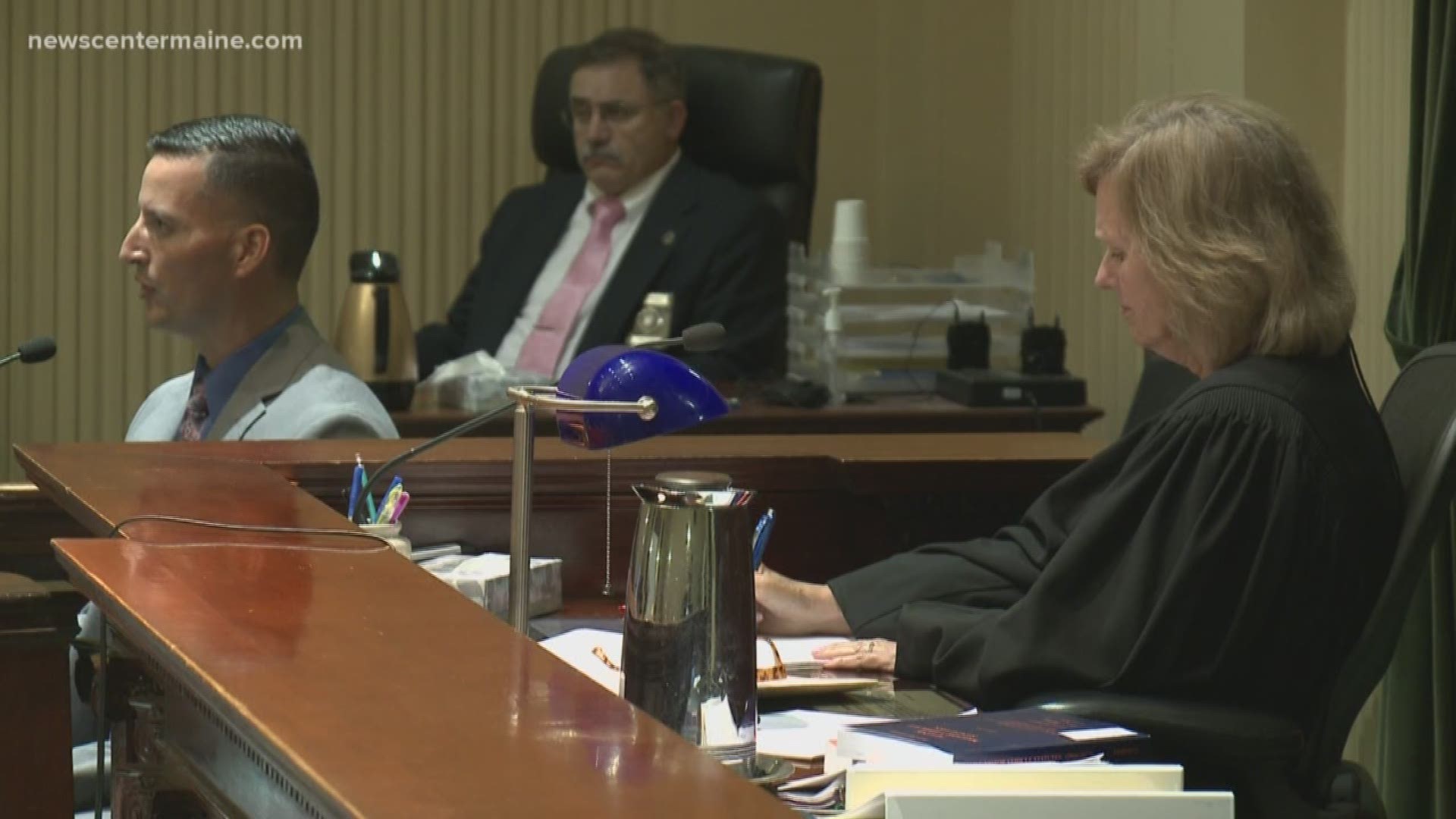 (NEWS CENTER Maine) — Darren Lilly, the man accused of threatening to "shoot up" Central Maine Community College, is out of jail. His bail was set at $1,000 with strict conditions.

The president of CMCC questioned that bail, as did many people on social media, saying it was too low — especially since police found him in possession of several firearms. So we wanted to find out: Who is responsible for setting bail, and how do they come to that dollar amount?

When someone is arrested in Maine, it is a bail commissioner who sets the bail. Bail commissioners are on-call, part-time, independent contractor positions. They are not employees of the judicial branch.

The bail commissioners go through extensive federal and state background and reference checks and they have to be able to handle all kinds of people, in all kinds of difficult situations.

Ultimately it is a bail commissioner, who many times, has to make some tough decisions.

They do have guidance. In the Maine bail code, there is a two-page list of criteria for them to consider.

For example: What is the person's connections to Maine? Do they have family, a job, any prior criminal history, were there drugs or alcohol or weapons involved?

Once the bail commissioner determines the bail, he or she can also impose a long list of conditions.

Anne Jordan is the manager of Criminal Process and Specialty Dockets. Part of her job is overseeing and training bail commissioners.

The Maine Bail Code says you are presumed to have the right to bail.

"The purpose is to ensure their attendance at court, to ensure the integrity of the judicial process, which means they will not interfere with victims, witnesses, threaten judges prosecutors," Jordan said.

And to ensure the safety of the community.

"It's a tough job and it's not just their access to freedom it's their constitutional right to bail," Jordan said, "unless the statue says they’re not entitled to bail."

In those cases, like murder and in domestic violence cases, where the individual arrested has violated a protection from abuse order, only a judge can decide bail.

Jordan said bail commissioners perform an amazing service for the people of Maine and the taxpayers of Maine don't pay a penny for them. Bail commissioners make up to $60 dollars for each case, money paid for by the individual arrested.

This is a controversial practice of denying bail to arrestees on the assumption their release would not be in the best interest of society.

In the case of Darren Lilly, we don't know specifics, as bail commissioners are not allowed to talk about specific cases. But in talking with the chief deputy at the Sagadahoc County Sheriff's Office, he mentioned several things, including this: Lilly has zero criminal history. That is a big factor.

He denied making the threat and there is zero evidence that he did, other than what a witness said. The chief deputy also pointed to strict bail conditions that were made.

Lilly cannot possess any firearms and he is barred from going to the city of Auburn.

He will make his first court appearance next month.

Jordan said bail commissioners perform an amazing service for the people of Maine and the taxpayers of Maine don't pay a penny for them. Bail commissioners make up to $60 for posting bail, money paid for by the defendant.