The Fifth Amendment of the Constitution ensures an individual does not self-incriminate. 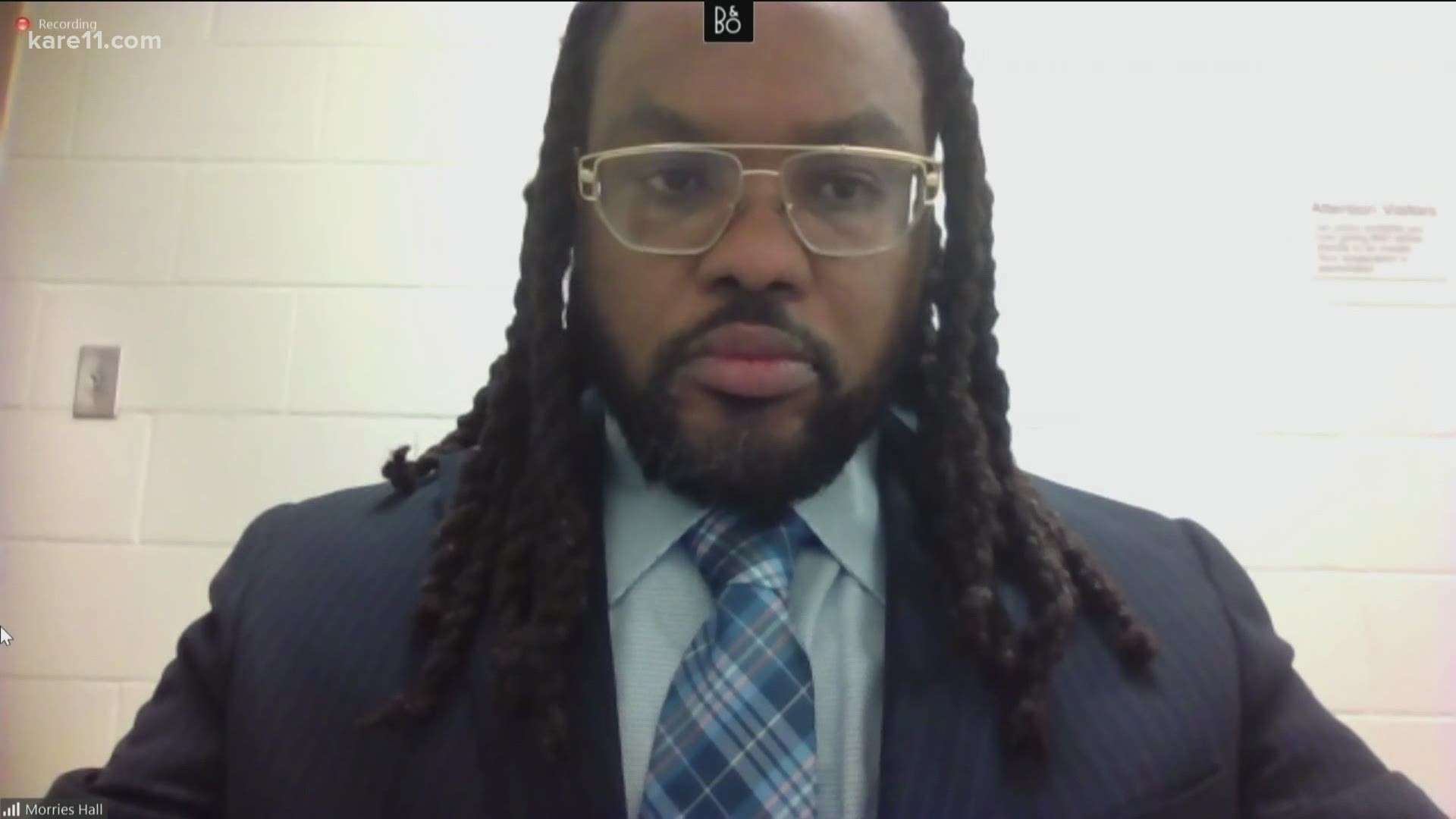 MINNEAPOLIS — The discussion within court this morning, even before the trial began, was about whether Morries Hall would take the witness stand.

This discussion happened before the jury even got into the court room.

Hall was with George Floyd that May night when Floyd was arrested by Minneapolis Police outside of Cup Foods.

Through his attorney Adrienne Cousins, Hall said he would 'plead the Fifth,' a constitutional right that prohibits self-incrimination and protects an individual from getting him or herself in trouble.

"At this point in time, Mr. Hall has no immunity," Hall's attorney Cousins said. "He has been provided no immunity, no protection for his testimony whatsoever. Because of that, Mr. Hall is invoking his Fifth Amendment privilege against self incrimination, in several key areas of questioning that we believe he would face, if he were to be called to testify."

Cousins explained that by opening her client up for questioning about many things related to the night George Floyd was killed, Hall could incriminate himself.

"[That would] put him in the position of being in very close proximity to Mr. Floyd," Cousins continued. "There is an allegation here that Mr. Floyd ingested a controlled substance, as police were removing him from the car, a car by the way that has been searched twice, drugs have been found in that car twice. This leaves Mr. Hall potentially incriminating himself for prosecution for third degree murder."

Mitchell Hamline School of Law professor Brad Colbert said that's what he would have done too, had he been the one to represent Mr. Hall.

"Absolutely," he said. "There is no benefit for him testifying, there is no legal way that's going to benefit him so it's a really easy call."

Colbert explained that there are several charges that Mr. Hall could open himself up to.

"Relatively minor charges like drug possession but there's also a serious possibility of a murder charge because the defense theory of the case is that Mr. Floyd died of drug ingestion and if the witness was the person who supplied the drugs, he could certainly be charged with Mr. Floyd's murder."

That the 3rd degree murder charge can be interpreted in many ways.

"That statue is broad judge," Cousins said. "It doesn't just include a situation if A sells drugs to B, B then succumbs to an overdose, in fact it includes, any activity directly or indirectly, unlawfully, selling, giving away, bartering, exchanging, distributing or administrating a controlled substance classified as schedule one or two."

Colbert also says recognizing the Fifth Amendment, for what it is, involves realizing that whoever plead it, isn't innocent or guilty.

"It's important to recognize that it protects everyone, innocent and the guilty," Colbert said. "The idea is that in our system, we want to make sure everybody is able to keep their thoughts to themselves, that you have a private place for yourself. It's also the way our system works in that the government has the burden of proving that someone is guilty beyond a reasonable doubt."

At this point the state has not offered any immunity to Mr. Hall. Judge Peter Cahill told defense attorney Eric Nelson to put in writing the questions he wants to ask Mr. Hall - and that judge will revisit the issue later this week.