Tou Thao, J Alexander Kueng and Thomas Lane were set to go on trial on August 23, but the proceedings have been delayed until March 7, 2022. 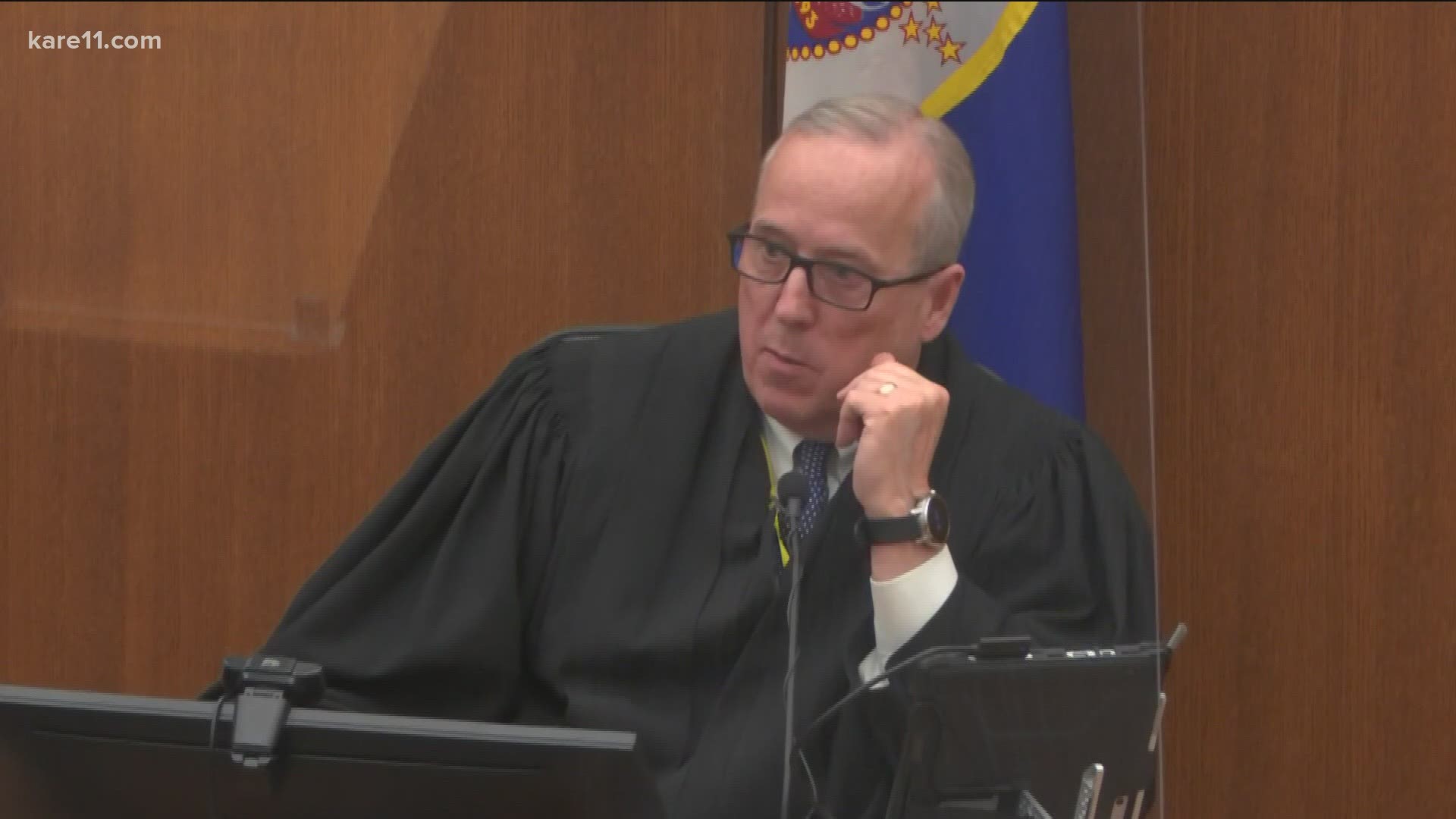 MINNEAPOLIS — The trial of three former Minneapolis police officers charged in George Floyd's death has been delayed until March of 2022.

The trial of the three former officers was to begin on August 23 of this year, but Judge Peter Cahill pushed it back to March 7, 2022, saying there needs to be "space" from the publicity that is no doubt going to occur from Chauvin's June 25 sentencing.

Judge Peter Cahill said that the main reason is that there needs to be "space" from the publicity that is no doubt going to occur from Chauvin's June 25 sentencing.

KARE 11's Lou Raguse was in court for Thursday's motions hearing, which the three defendants did not attend. He reports that new federal charges filed against the three former officers for allegedly depriving Floyd of his civil rights carry more serious potential penalties, and the defense attorneys all agreed that case should go before a state trial.

Prosecutor Matthew Frank from the AG's office disagreed with the decision and wanted the August trial to proceed as scheduled.

Two other issues were presented to Judge Cahill. The first involved a motion from Earl Gray, counsel for defendant Thomas Lane, who asked to receive all MPD use-of-force complaints to show that no other officer has ever intervened with force on another officer, as the state says Lane, Thao and King should have done with Derek Chauvin.

Cahill did not rule on the matter, but asked prosecutors to determine what the volume of 10 years of use-of-force reports would be, and the number of reports generated in five years, to help guide his decision.

The judge then asked prosecutors to get MPD homicide Lt. Richard Zimmerman to locate a report from the late 80s or early 90s, when Zimmerman claims he physically used force to stop a fellow officer from using excessive force on a handcuffed prisoner.

Raguse reports that the final motion presented to Judge Cahill concerned alleged leaks by state prosecutors to the New York Times regarding a plea deal with Chauvin that reportedly fell apart. The judge scheduled an evidentiary hearing for August so the issue can be discussed in greater depth.

Judge Cahill said the evidentiary hearing could have been avoided if prosecutors had submitted affidavits swearing they were not the source of the leak. But Assistant Attorney General Matthew Frank was reportedly the only prosecutor to submit such an affidavit.

Robert Paule, attorney for defendant Tou Thao, said he wants to subpoena prosecutors and New York Times reporter Tim Arango and question them under oath. Paule wants to ask Arango who his sources were.

"I'm a little skittish about putting a journalist on the stand and jailing him if he doesn't reveal his source," Judge Cahill responded, but he later said it would be helpful if Arango "ruled out" certain sources.

Both Cahill and Assistant AG Frank opined that the leaks came from within the U.S. Department of Justice. Raguse tweeted that Judge Cahill was visibly disturbed and angry about the leak, calling Assistant Hennepin County Attorney Josh Larson to the podium and grilling him.

"I noticed your office provided no affidavits," Cahill admonished.

Larson responded that the county attorney's position on the motion is the same as the state's.

The defense teams openly blamed Minnesota Attorney General Keith Ellison and east coast attorney Neal Katyal for the leaks and asked that Katyal and the other special prosecutors working the case be removed, a request Cahill denied.

Thursday's hearing came after a new court decision by Judge Peter Cahill, which will play into Derek Chauvin's sentencing, scheduled for June 25. Chauvin was convicted on April 20 of second-degree murder, third-degree murder, and second-degree manslaughter, after a jury found he caused Floyd's death by kneeling on his neck for more than 9 minutes.

Judge Cahill has found four aggravating factors to consider in Chauvin's sentencing: That the defendant, Derek Chauvin, abused a position of trust and authority, the defendant treated George Floyd with particular cruelty, children were present during the commission of the offense, and the defendant committed the crime as a group with the active participation of at least three other persons.

These four factors open the door for Chauvin's sentence to jump from the 12 and a half years that normally accompanies a second-degree murder conviction to a 40 year maximum sentence.

"I think the judge would feel fairly safe in going up to a 30-year sentence for Chauvin, but if he goes over 30 years, then he has to make some special findings and there's all kinds of scrutiny that comes along with it," said former federal prosecutor, Doug Kelley during an interview with KARE 11.

Cameras will not be present in the courtroom on Thursday, but a judge's ruling will allow them during the scheduled trial for the three officers, beginning August 23.

If the three former officers don’t negotiate pleas, they’ll move ahead to the trial.

Chauvin, Lane, Kueng and Thao have all been indicted by a federal grand jury for depriving Floyd of his civil rights in causing his death.