Judge Peter Cahill didn't make a decision during the hearing but said he'd issue his ruling in writing. 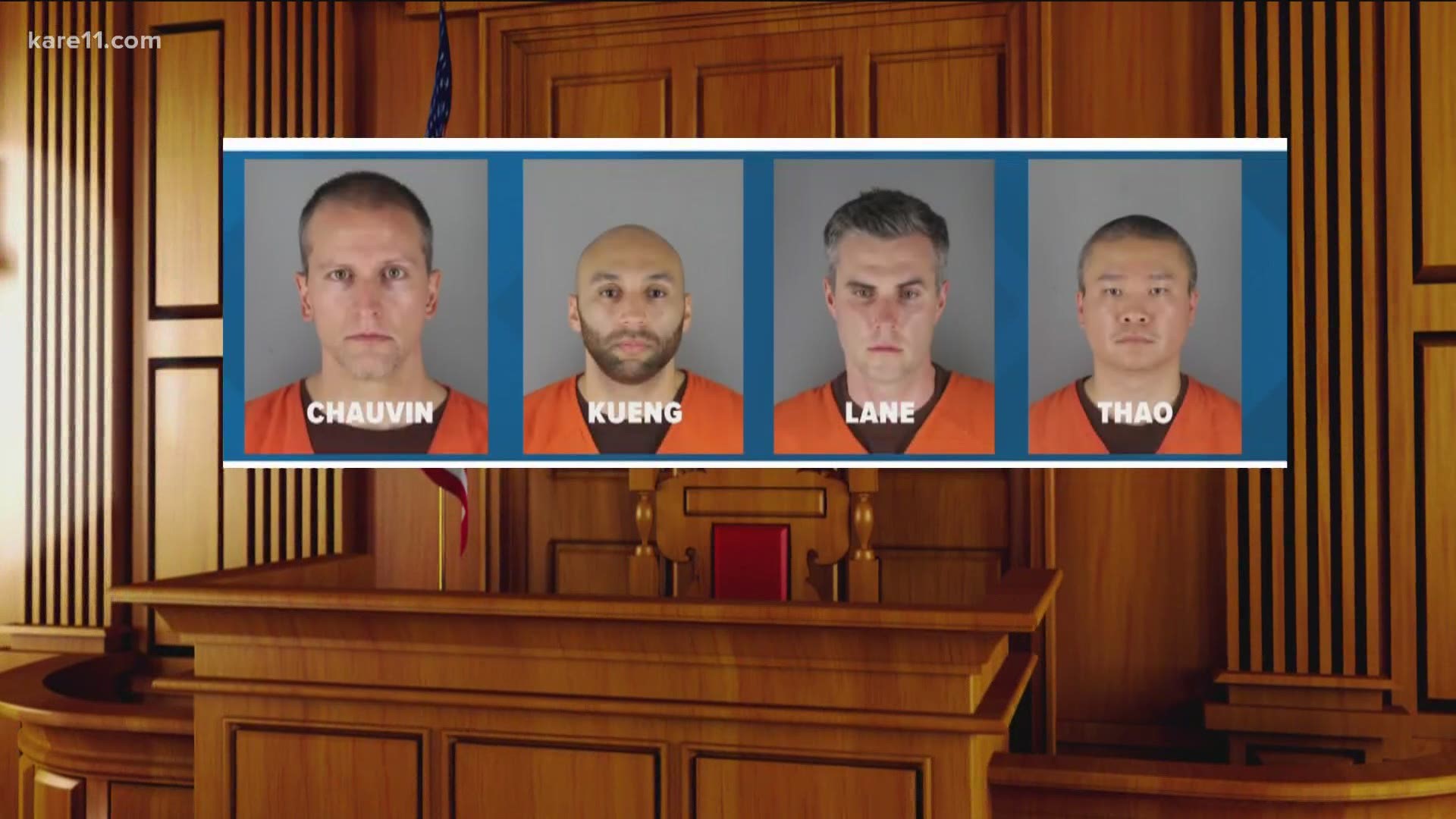 The trial is set to begin March 8, but separate motions filed last month by attorneys both for the defense and the state are asking that the trial be delayed until summer.

In early December, defense attorneys for former officers Derek Chauvin and Tou Thao filed motions asking the court to delay the trial until July 5, accusing prosecutors of violating a court order to share discovery material with the defense.

Last week, prosecutors also filed a motion to delay the trial until June 7 due to the uncertainty surrounding the COVID-19 pandemic. In their motion, prosecutors said the coronavirus vaccine will be more widely available in early July rather than in March.

The former MPD officers are not present for the virtual hearing, which the judge allowed for this hearing. All the defense attorneys are hear along with prosecutors Matthew Frank and Neal Katyal.

During the hearing, KARE 11 reporter Lou Raguse said prosecuting attorney Neal Katyal urged for a three-month continuance, which would push the trial to June, saying the summer months would be better for the safety of the public, with wider availability of a COVID-19 vaccine.

Thao's attorney, Robert Paule, responded by saying, due to the uncertainty surrounding the pandemic, pushing back the trial three months might not have much of an impact when it comes to public health.

Lane's attorney, Earl Gray, said the trial should remain in March, arguing that the weather could perhaps limit any public reaction to the decision.

Judge Cahill says he will take the motions under advisement, which according to Raguse, means he will providing a written ruling rather than providing a decision at the hearing. During the hearing, the possibility of adjusting the discovery deadlines – a date each side must share their evidence and paperwork with each other for it to be admissible – was discussed.

Judge Cahill is taking it under advisement, which means he will give a written ruling instead of letting us know right now whether the trial will be delayed or not.