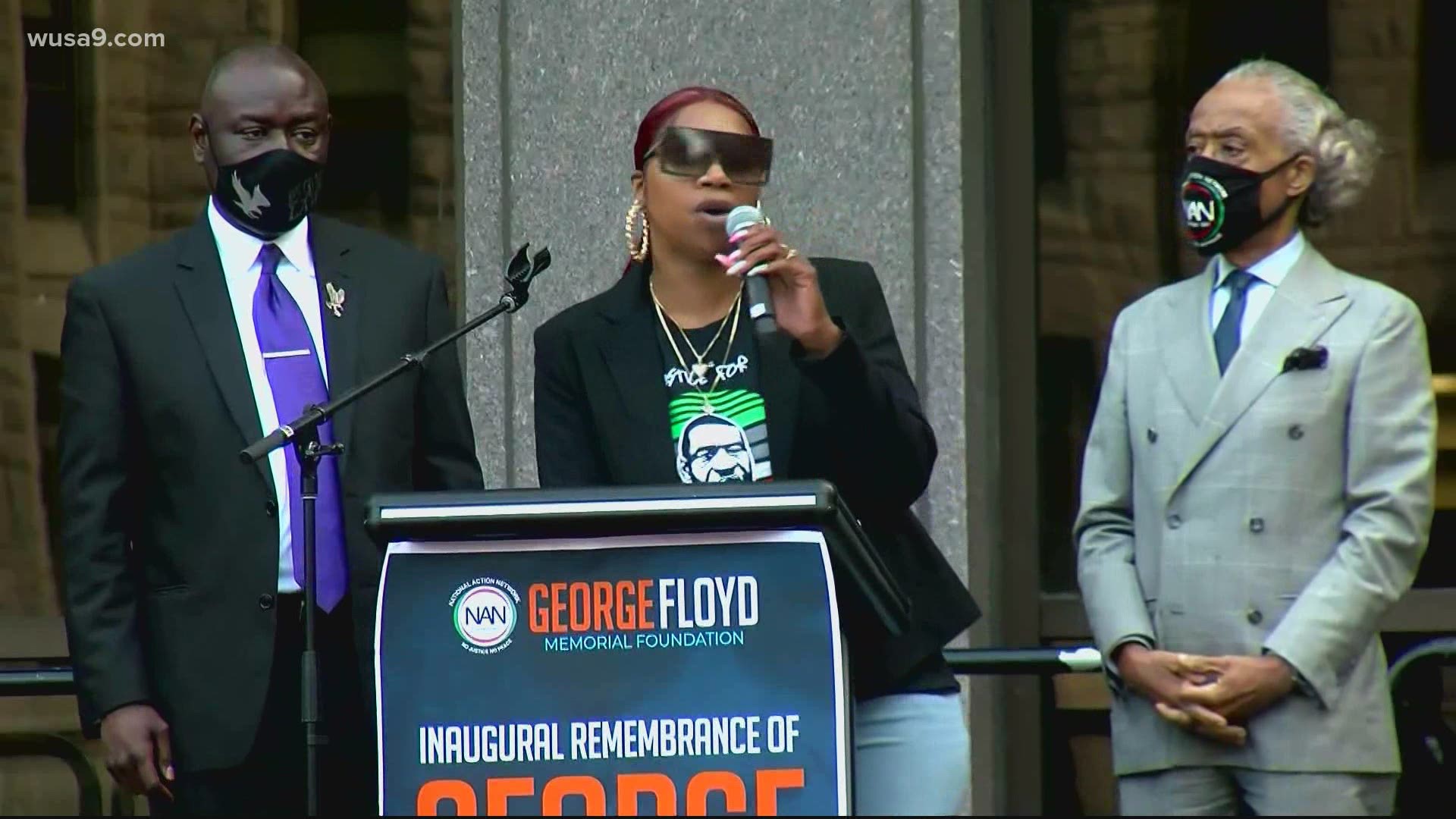 WASHINGTON — It’s been one year since the world first witnessed the murder of George Floyd. His final moments were caught on camera by bystanders who begged a former police officer to get off of him. His death led to months of unrest around the nation. Calls for change are still echoing in cities and states, and Tuesday, the family of George Floyd will meet with President Biden at the White House on the anniversary of his death.

The summer off 2020 was unlike any other. The world was coping with the grim reality of a global pandemic, a tense presidential election, and protest erupting across the country after the murder of George Floyd by the former police officer Derek Chauvin.

Chauvin knelt on Floyd’s neck for more than nine minutes while he begged him to take his knee off of his neck. That phrase would become a movement around the nation, but 365 days later, a bill named after him is still stalled in the senate.

It was his final plea for life, caught on cellphone video, were calls for his mother and telling the man on his neck he couldn’t breathe.

"We really thought my brother's death would be the last police brutality case, but as we all can see, they are at it again and again and again," Floyd’s sister, Bridget Floyd said.

Bridget Floyd and her family will never stop saying his name. In an interview with CBS, she expressed optimism about the passing of the George Floyd Justice in Policing Act of 2020.

“But, with the passing of this George Floyd bill that I know the President will sign, we don't know when, but I have a good feeling about this bill being passed that will protect these families from hurting and weeping. Because these police officers need to be held accountable for their actions,” Floyd added.

RELATED: TIMELINE: From Minneapolis to DC, how the death of George Floyd impacted us one year later

RELATED: Where does the conversation on police reform stand in DC?

#GetUpDC, It's been 1-year since the final moments #GeorgeFloyd lived were caught on camera. On Tuesday, his family will meet w/ Pres. Biden. The George Floyd Justice in Policing Act of 2020 still remains stalled in the senate. pic.twitter.com/qq2HzQKSyC

A year later, the bill is stalled in the senate. Ten Republicans will have to vote with Democrats in order for it to pass. The bill would end certain police policies like chokeholds, banning no-knock warrants, and end qualified immunity, which protects law enforcement officers from most civil lawsuits.

Floyd's death sparked months or protest across the nation. Some cities  were set ablaze, officers kneeling with protesters, and in the height of a global pandemic disproportionately impacting people of color, in nearly 100-degree weather, tens of thousands of people Marched on Washington for the 'Get Your Knee Off Our Necks' rally. Demanding change and saying the names of people who matter.

Chauvin was convicted of all charges. He has yet to be sentenced.

To contact your senator about the George Floyd Justice in Policing Act, or any other policing policy, go to govtrack.us.