The team of more than a dozen social justice and community groups says city leaders and police are more concerned about protesters than they are about justice. 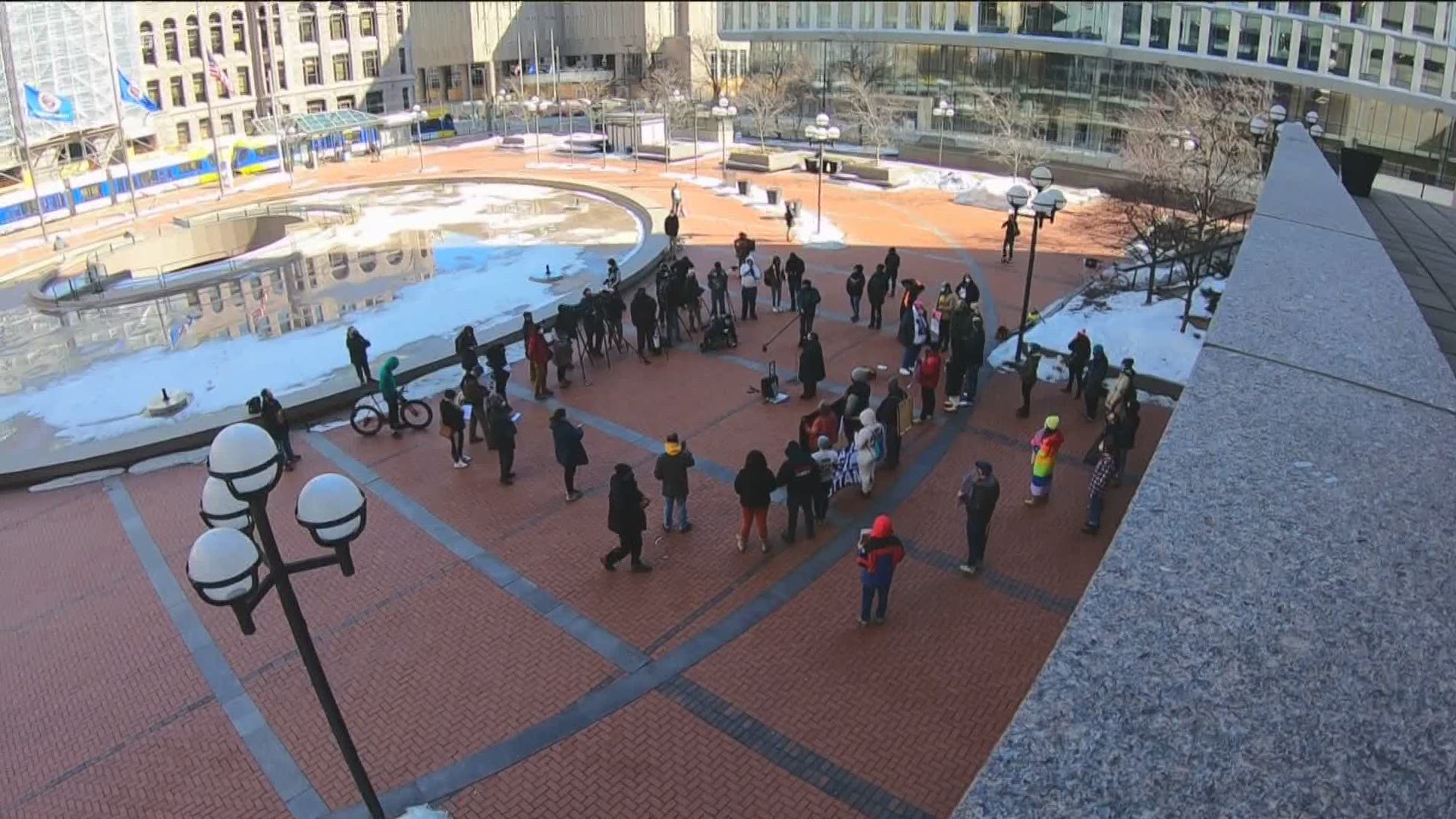 MINNEAPOLIS — A coalition of more than a dozen social justice and community groups says it will stage a protest on March 8, demanding justice for George Floyd as the trial of former Minneapolis police officer Derek Chauvin begins.

The demonstration is set to begin at 8:30 a.m. outside the Hennepin County Government Center, as jury selection gets underway in Chauvin's murder trial. He is the officer seen in video kneeling on Floyd's neck for nearly nine minutes, an act prosecutors say caused Floyd's death.

"The people demand justice for all stolen lives. Convict all killer cops," a news release from the coalition reads. "The murder of George Floyd by these killer police officers is a devastating example of the many lives stolen at the hands of police in our community as well as the world at large. Derek Chauvin represents what is wrong with police in Minneapolis and in this country, and now is the time to demand due justice for George Floyd and set the precedent in seeking justice for every stolen life."

Besides calling for the conviction of Chauvin and three other former officers who were on the scene – Tou Thao, J Alexander Kueng and Thomas Lane – the coalition is assailing Minneapolis city officials and police for creating what the group calls "a police state" downtown near the courthouse. Leaders say by putting up fences and barbed wire, and boarding up windows to keep protesters at arms length, authorities are trying "to control their freedom of assembly."

"We will not be denied, we will not move back, we will not be afraid, but we will stand up, and we will continue to protest. We will continue to take to the streets," activist Nekema Levy-Pounds insisted, while speaking to a crowd gathered outside the government center Thursday. "These barricades, and all this fencing and barbed wire will not stop us from getting in the streets, and speaking truth to power, and demanding justice, and demanding people in our community be set free from police violence and unnecessary harassment."