The funeral service for Det. Benjamin Campbell will take place in Portland on Tuesday, April 9 at the Cross Insurance Arena. 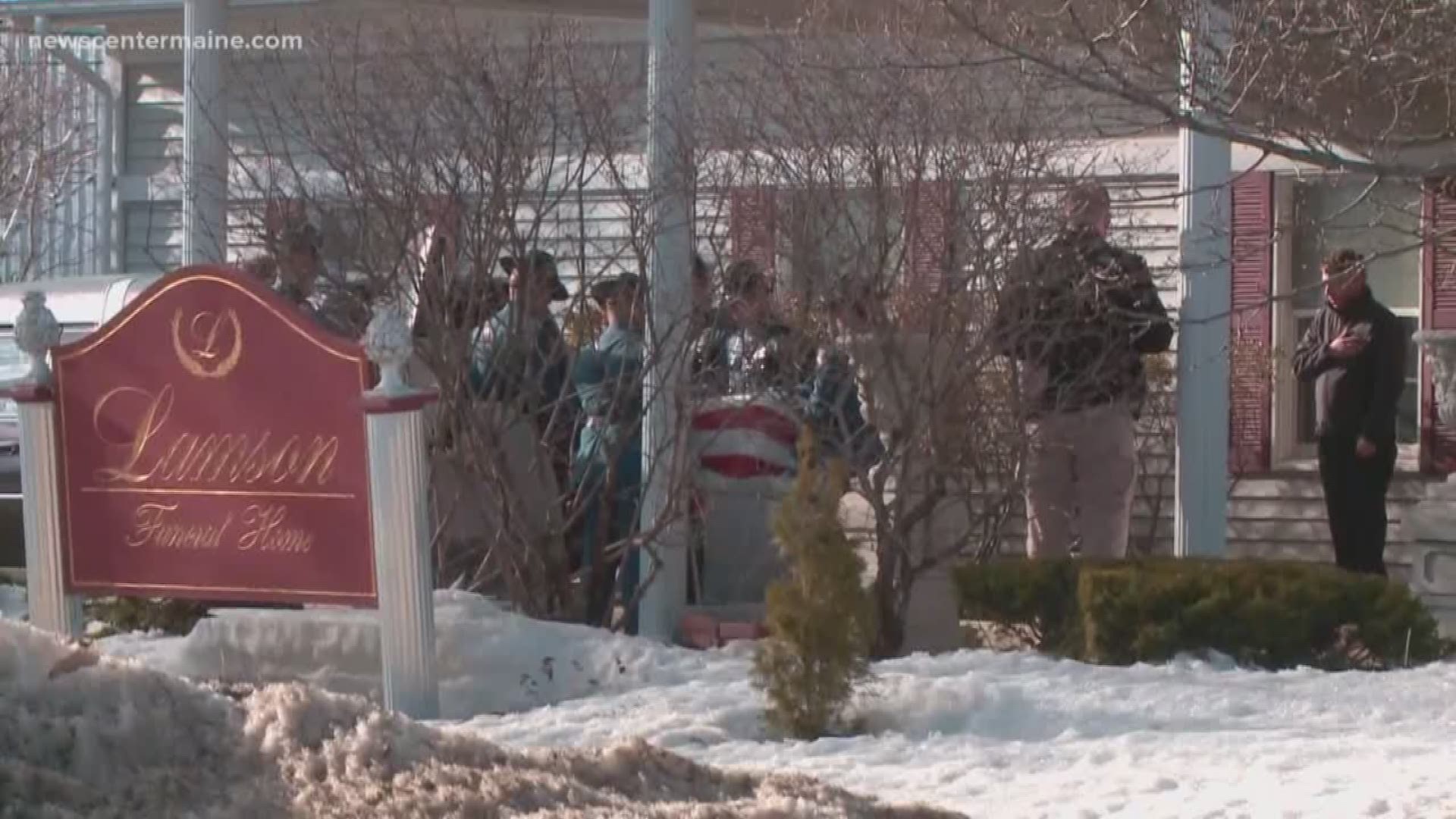 Det. Campbell was killed Wednesday morning in a "bizarre" accident on I-95. He was standing outside of his cruiser helping another driver when two wheels separated from a logging truck passing by. One wheel rolled into the median, but the other hit Campbell, seriously injuring him.

Crews responded to help Det. Campbell, but he later succumbed to his injuries at Northern Light Eastern Maine Medical Center.

Det. Campbell's body was taken from the Medical Examiner's Office in Augusta back to his home in Millinocket Thursday.

He is survived by his wife, Hillary, and their 6-month-old son, Everett.