Friend of George H.W. Bush remembers him on one year anniversary of his passing

Saturday marks one year since the 41st President died. 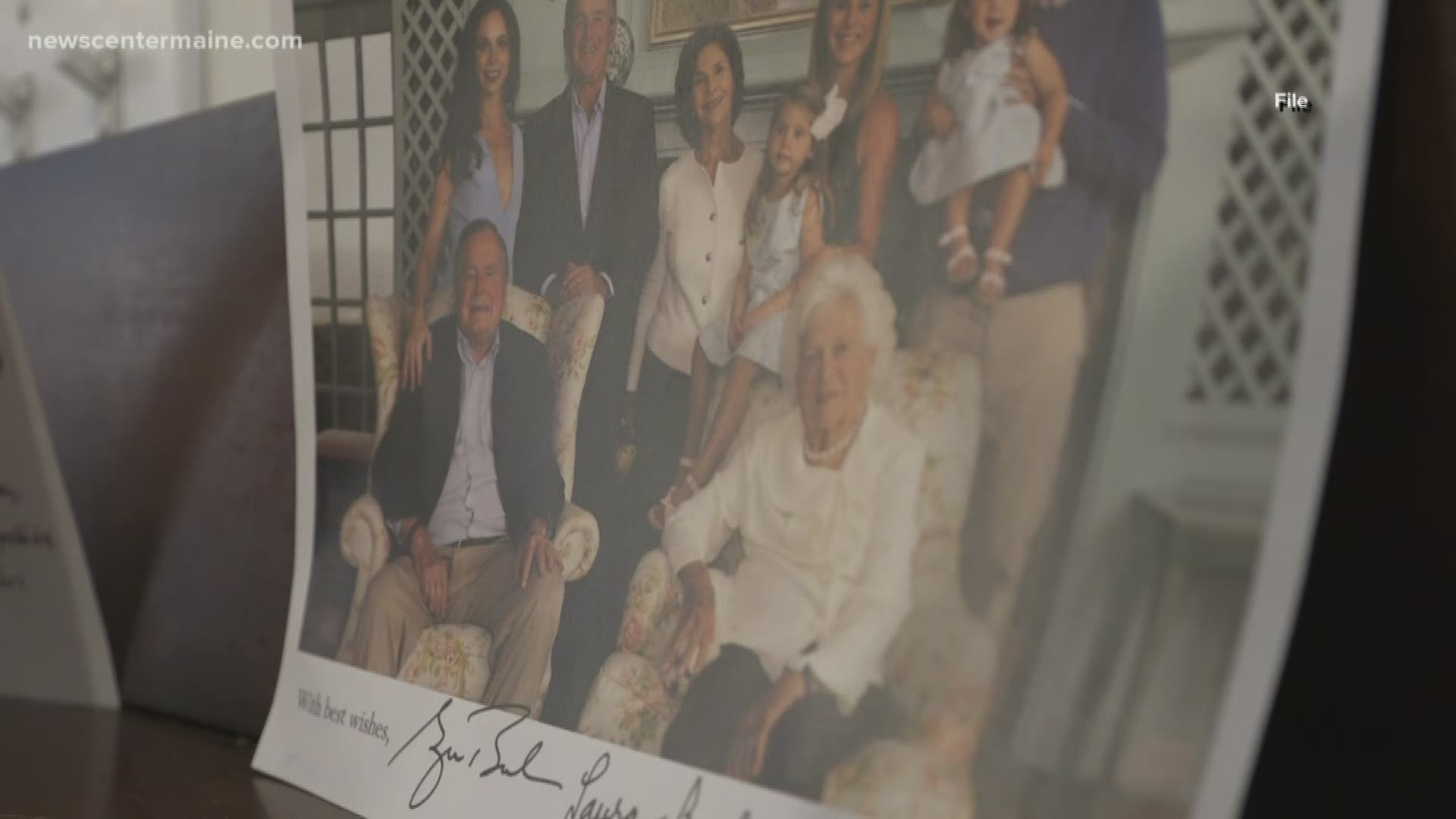 Evelyn's husband Bob started painting artwork for the Bush's in 1981.

That working relationship was the foundation for what became a close friendship.

The four of them, Evelyn, Bob, George and former first lady Barbara Bush, would often go out to eat together in Kennebunkport.

"One year President Bush said I'll take the check and Barbara said no, no, no, it's their turn to pay, and he said if I'd known that, I would have ordered two lobsters, haha," said Evelyn.

Saturday marks one year since the 41st President died.

"So sad, it was like losing a really good friend... That's how I felt and my husband too and then when he passed away we got all kinds of beautiful letters," said Evelyn.

One of those letters was from former President George W. Bush.

"Dear Evelyn, Laura and I send our sincere condolences, I learned Bob has moved on, yet, his artwork, his place on Earth is reflected in art", read Evelyn.

Paine has the letter framed, reminding her of the close friendship she shared with the entire family.

"If everyone followed their example, the world wouldn't be a mess. It would always be kind and it's so easy to be kind to people. They set a really great example," said Evelyn.

Paine says she doesn't quite know how a girl from a lobster men's family ended up so close with the Bush's, but she is grateful for their time together.

RELATED: Bush's artist & friend paints legacy of 'a man who gave everything he had to this country'