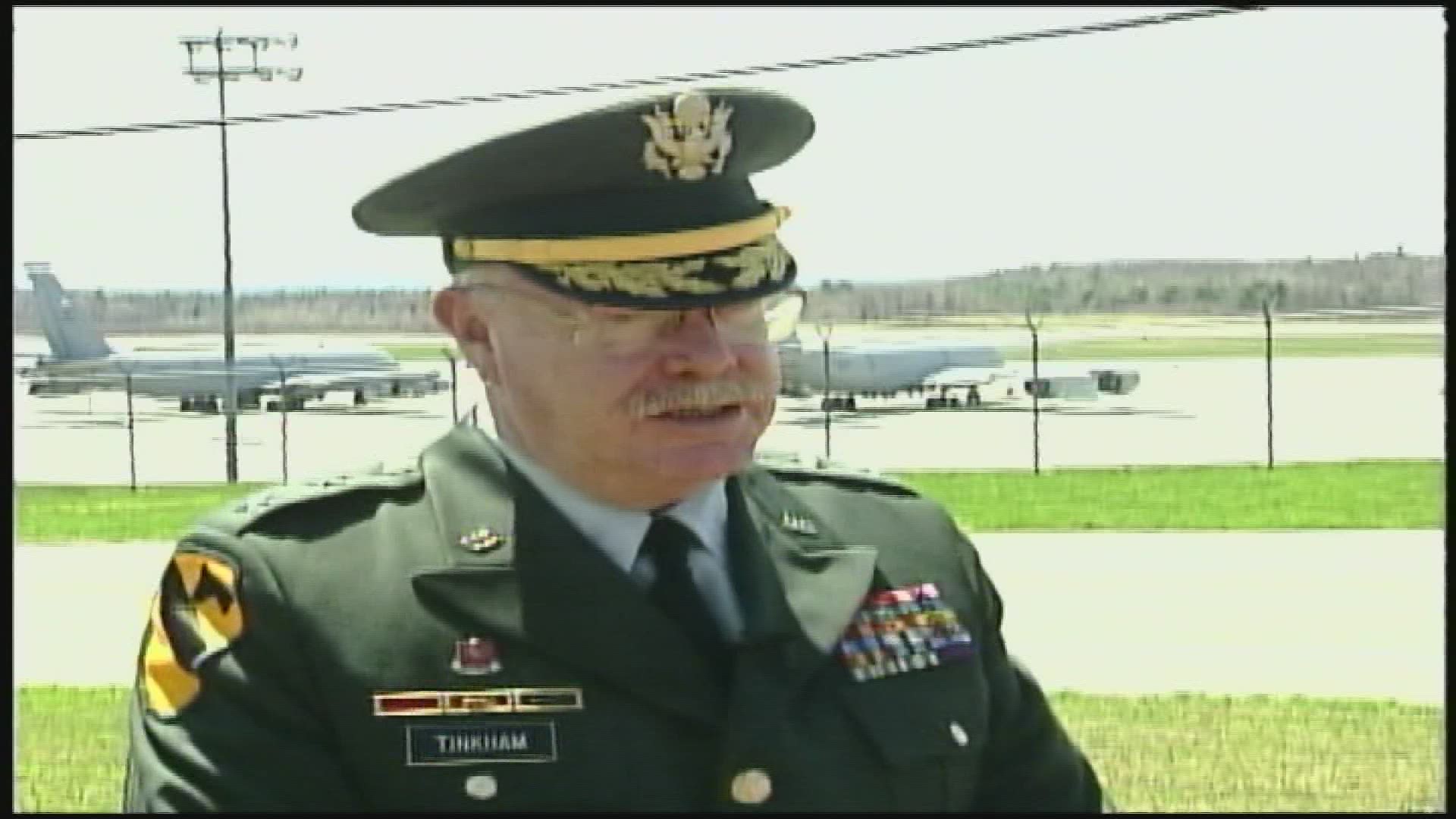 Tinkham also served as the Maine Department of Defense, Veterans, and Emergency Management Commissioner from 2000 to 2004.

"The Soldiers and Airmen of the Maine National Guard wish to express their heartfelt condolences to the family and friends of Maj. Gen. Joseph E. Tinkham, II. Thank you, sir, for your steady leadership and devoted service to your state and country."

According to his obituary, Tinkham served 37 years in the Army and Maine Army National Guard.

"Joe Tinkham was a good soldier who served his country honorably in war and peace. He was an able Adjutant General and led our National Guard with distinction," said Senator King. "He was also a friend who was by my side on September 11th and its aftermath. The Guard and the entire Maine community will miss him."

According to the obituary, "Throughout his military career Maj. General Tinkham served in a number of prestigious assignments to include Commander of the Troop Command and Chief of Staff of the Maine Army National Guard. Subsequent to his military service Major General Tinkham served as the Deputy Commissioner of Maine's Department of Defense, Veterans, and Emergency Management and had a short tenure as the Executive Director of the Maine Veteran's Homes. His career culminated in 2000 with his appointment- as the Adjutant General of the Maine National Guard and Homeland Security Advisor to the former Governor's Angus King and John Baldacci."

According to his obituary, there will be a military viewing with colleagues and family, Thursday, April 1, from 10:30 am to 11:30 am at Camp Chamberlain in Augusta.