Maine DOT said the bridge, which connects Brunswick to Topsham, can no longer support vehicles weighing more than 10 tons. 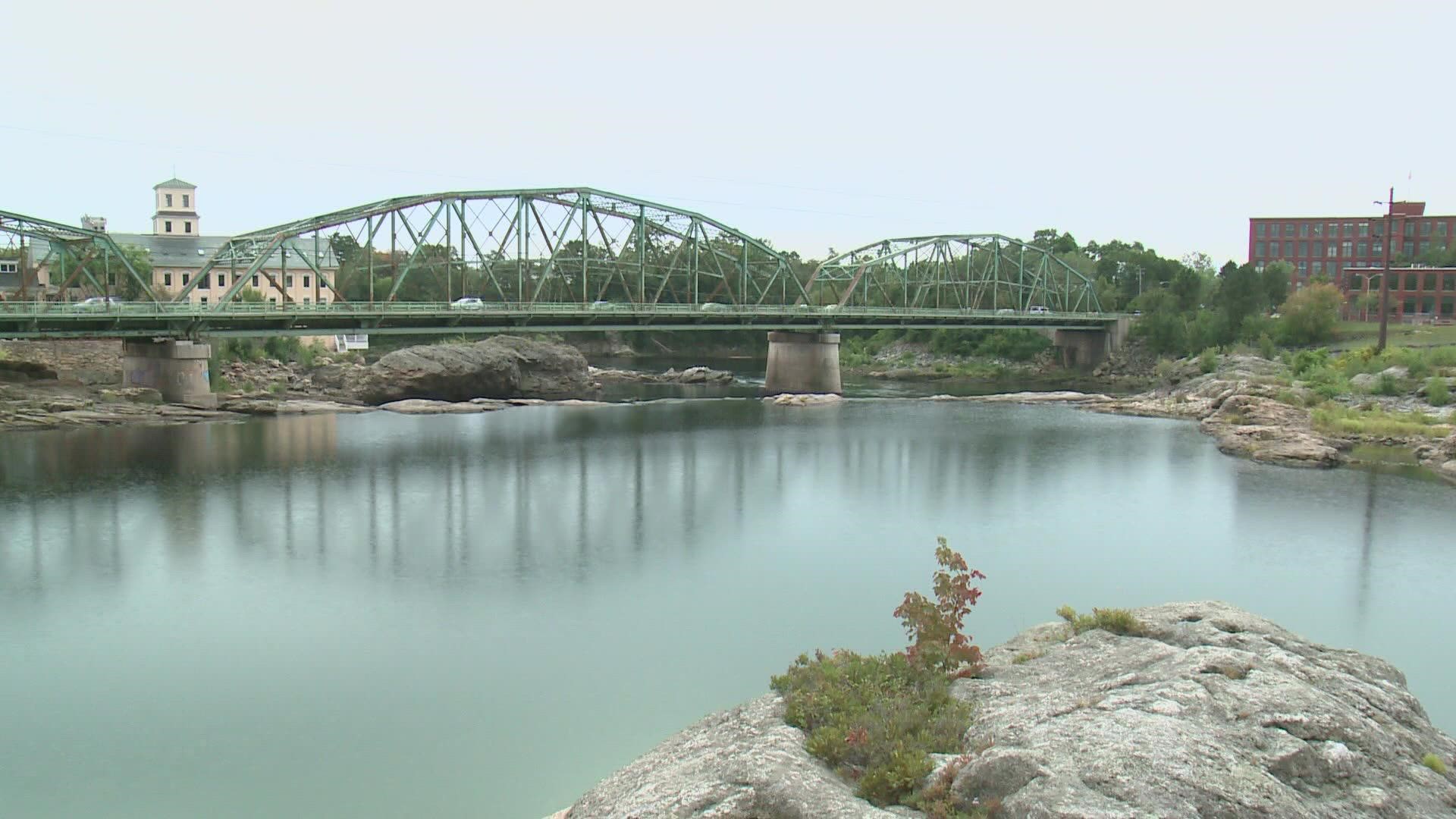 TOPSHAM, Maine — The Maine Department of Transportation announced this week that vehicles weighing more than 10 tons, such as fire trucks, snowplow trucks, and buses, will no longer be able to cross the Frank J. Wood Bridge, which connects Brunswick to Topsham.

This comes after a September inspection found the 90-year-old bridge continues to deteriorate. Maine DOT classified the bridge as a "fracture critical bridge," meaning if a critical part of the bridge were to fail, the whole bridge would fail.

Topsham Fire Chief Chris McLaughlin said firefighters have to use a different route to provide mutual aid to Brunswick.

"A minute and a half response is probably now closer to five. It's always concerning when you have a longer response time," McLaughlin said.

Large snowplow trucks will also not be able to cross to clear snow in the winter.

"We'll need to use a smaller truck to be able to plow and treat the bridge," Brunswick Public Works Director Jay Astle said.

Astle said having to switch trucks will be a minor inconvenience, but said the department still has to plan.

"Right now, we have a pretty big truck that runs Main Street and they will need to break off before they get to the bridge. And we will use that smaller truck we typically use for parking lots to be able to handle the bridge," Astle explained.

Maine DOT plans to tear the bridge down and replace it. A local group, "Bridge to the Future," is in favor of a new bridge.

"We have now reached a point where it is beyond its useful life and has now become a safety issue," Larissa Darcy, a spokesperson for the group, said.

Not everyone is in favor, including the group "Friends of the Frank J. Wood Bridge." The group wants to preserve the bridge for historical purposes and believes it can be repaired. Maine DOT said repairing it would cost twice as much as replacing it.

Meanwhile, McLaughlin said ambulances will be allowed to cross and assured the public the department's response time will be quick enough to keep people safe.

Maine DOT said a bid for the construction on the bridge could happen in the coming month.

NEWS CENTER Maine reached out to "Friends of the Frank J. Wood Bridge" for comment, but has not heard back.

Vehicles weighing more than 10 tons like fire trucks and snow plows will no longer be able to cross a bridge connecting Topsham to Brunswick. This after an inspection last month by @MaineDOT1 found the bridge is deteriorating. More at 6. @newscentermaine pic.twitter.com/zqpdnW1E5T