Maine State Fire Marshals are investigating a fatal fire at a mobile home in Machias. 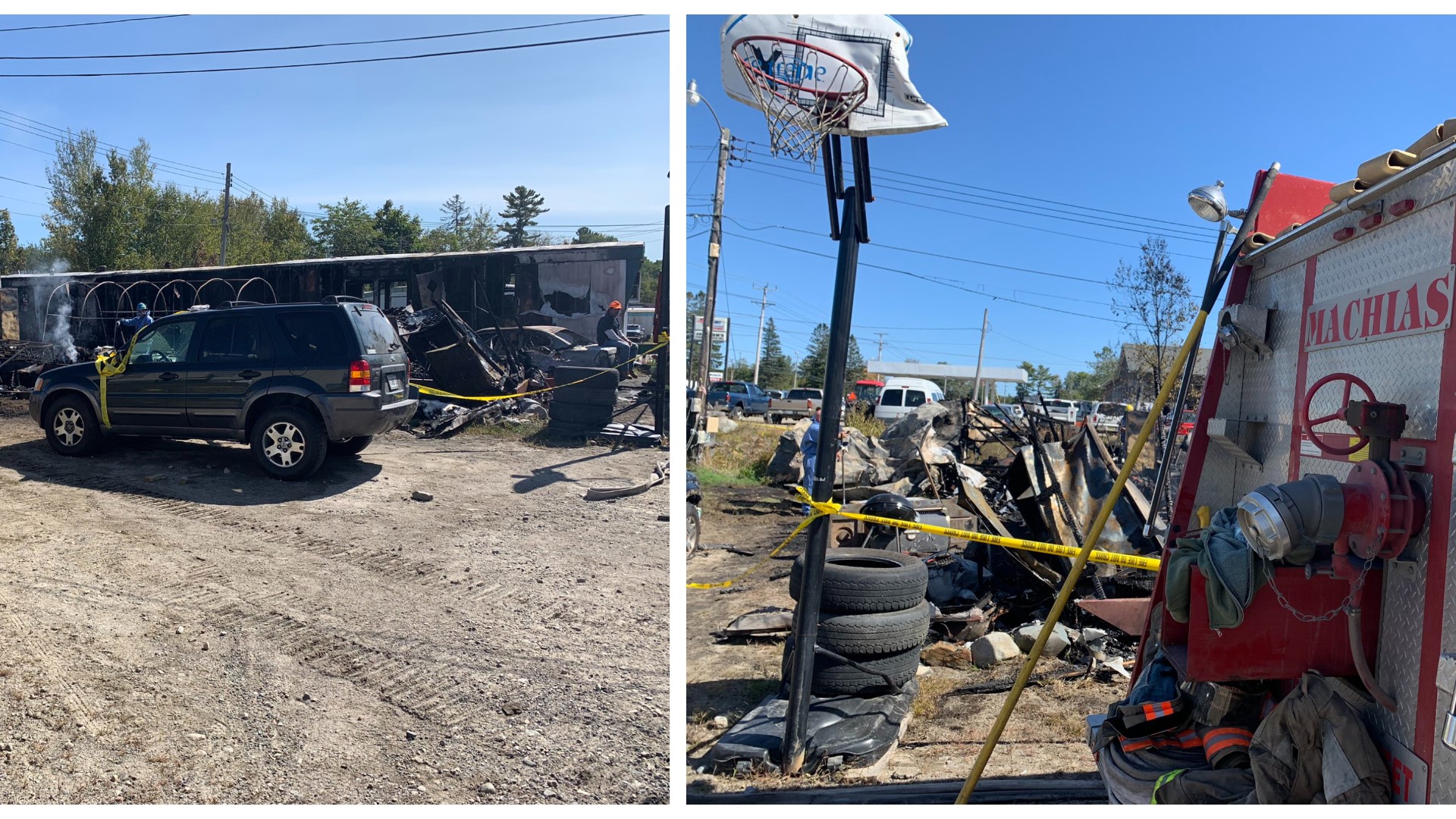 MACHIAS, Maine — Two people were found dead at the scene of a fire in a mobile home in Machias, the Maine State Fire Marshal's Office says.

There are few details at this time, but officials say the fire happened at a mobile home park on Armstrong Lane in Machias.

Maine State Fire Marshals are investigating the fire. The scene remains under investigation and the Fire Marshal's Office says there are no further details at this time.

Mary MacMaster, a sergeant with the office, said it will take a few days to determine the cause and origin of the fire.

A neighbor tells me he was the first one to see the trailer on fire. He tried to get the residents out but the flames were too strong.

Neighbors at the trailer park on Armstrong lane said they were woken up around 3 a.m. as the fire was already burning one trailer. Eric Kidder said his barking dog woke him up and he checked his security cameras and knew something was wrong.

“I came out and the whole trailer, shed was completely ablaze," Kidder added.

The flames engulfed the trailer where the fire originated and advanced to the car and trailer next to it. All occupants of the second trailer did make it out safely, but their home was destroyed.

Joe Yahm lives in the trailer across from the two destroyed by the fire. He mentioned a man who works for R.H. Foster was the man responsible for waking up the family from the second trailer and getting them out safely.

"He was banging n the windows and doors, couldn't get a response so he kicked down the door and said, 'hey you guys need to get out,'" Yahm said.

After his neighbors were saved, they walked to Yahm's trailer to wake his family up.

This is a developing story and will be updated when more information becomes available.