According to the Norway fire chief the home appears to have been abandoned. They are trying to find out who owns the home. 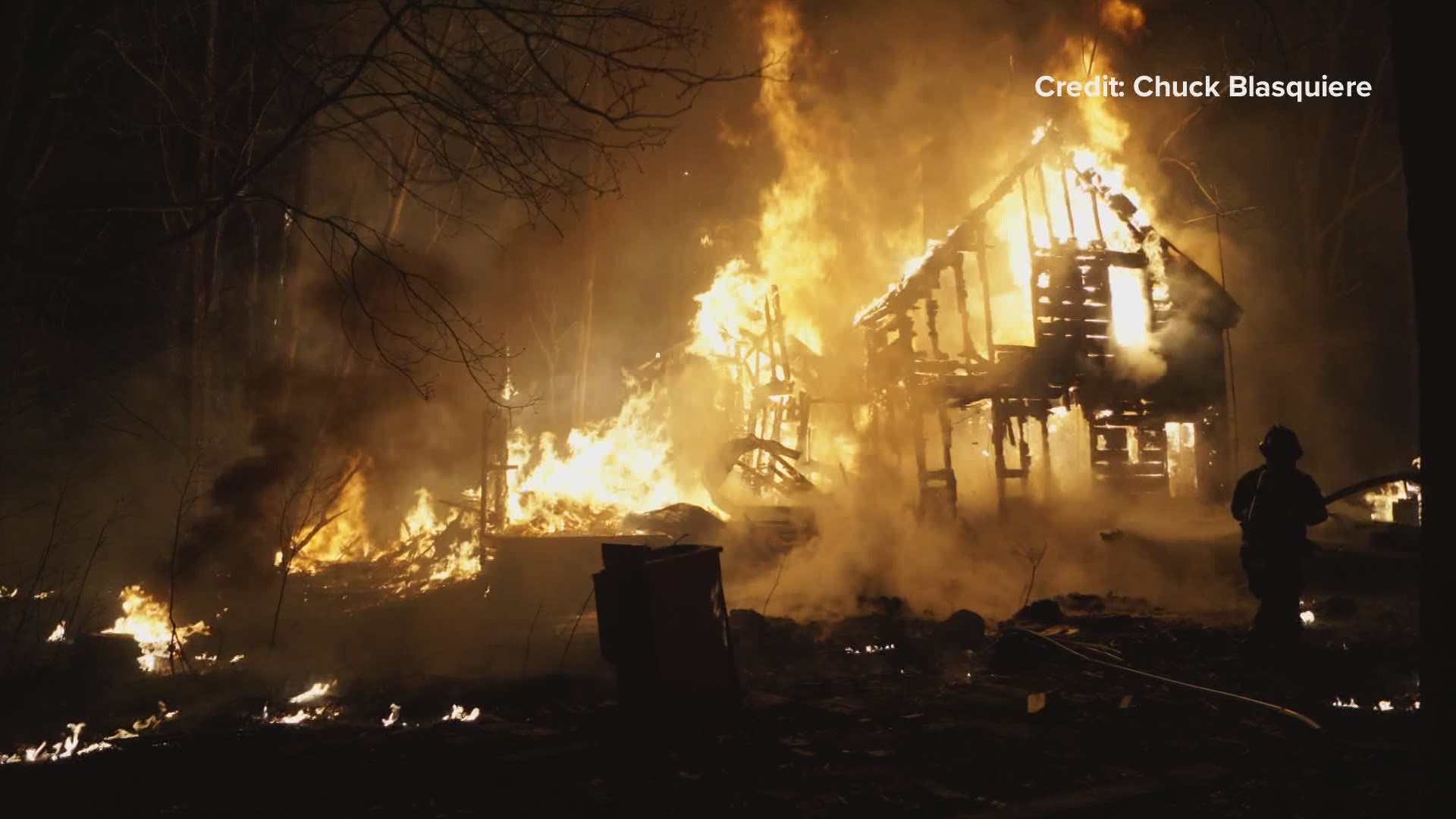 NORWAY, Maine — Firefighters from more than eight departments were called to respond to a fire around 3 a.m. Sunday at 620 Waterford Road in Norway.

A viewer, Chuck Blaquiere, sent NEWS CENTER Maine a photo of the home, taken after the fire broke out.

The Norway fire chief said the home appears to have been abandoned and they are trying to figure out who owns it.

The State Fire Marshal's Office will investigate to find a cause.

No one was hurt fighting the fire.

It took about 40 minutes to get it under control.

Had it not been for the recent rain, the fire chief said, they would have been concerned about the flames spreading to the woods nearby.