Crews worked throughout the night to get a fire at Eldredge Lumber in Portland under control. 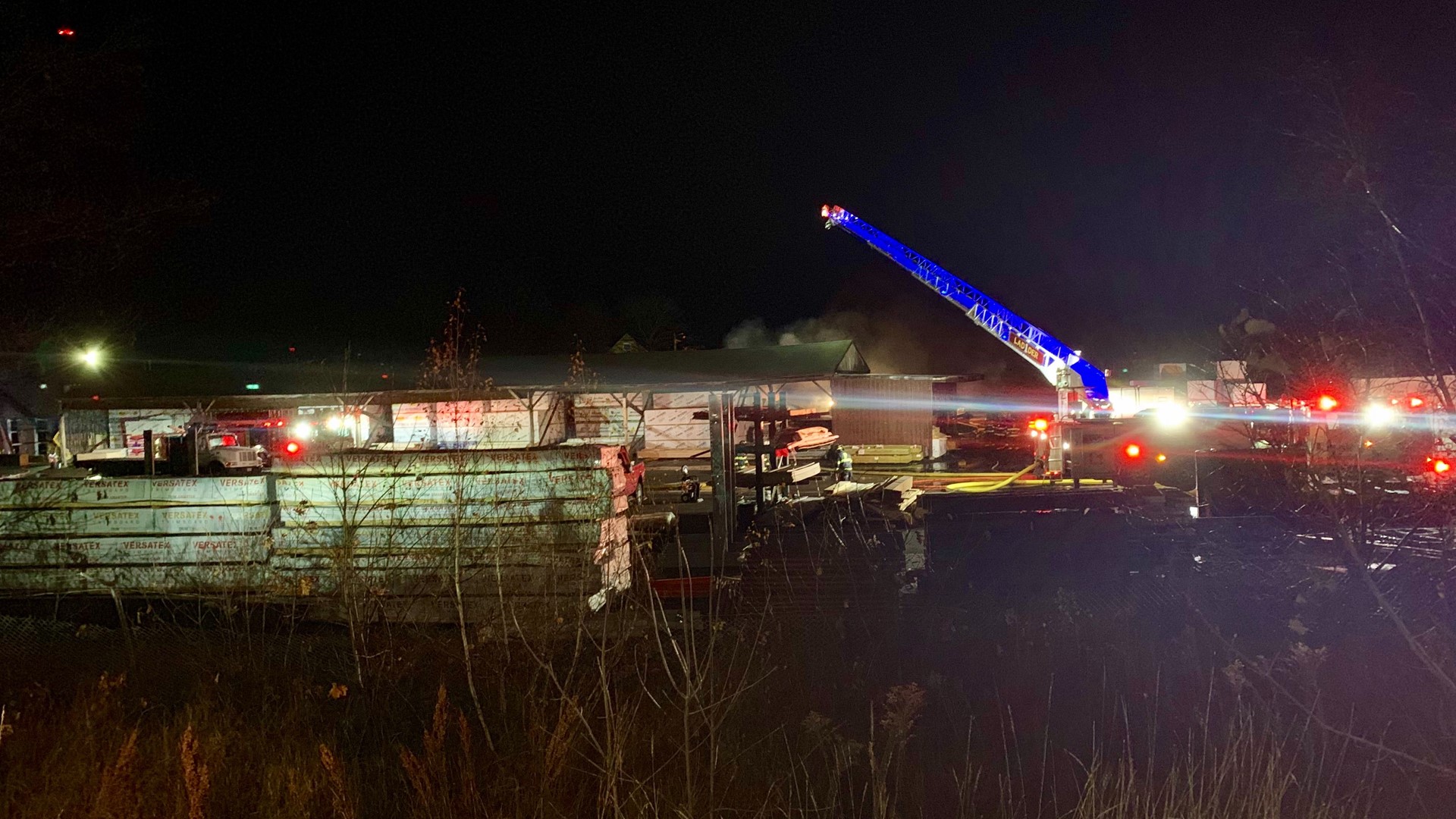 PORTLAND, Maine — Crews are on the scene of what was a massive fire at Eldredge Lumber on Presumpscot Street in Portland Thursday.

Flames first broke out inside a barn at the lumber yard around 11:30 Tuesday night.

The building and lumber inside were completely destroyed, but firefighters prevented flames from damaging several other buildings nearby.

Crews are expected to be on scene throughout the day as they look into a cause.

"I can't answer that now," Deputy Chief Chad Johnston said about whether or not the fire was suspicious. "We do have our own investigators along with Portland P.D. and the state fire marshal will be here this morning."