The ACLU of Maine and Cape Elizabeth H.S. sophomore Aela Mansmann argued that Mansmann was punished for expressing her First Amendment rights. 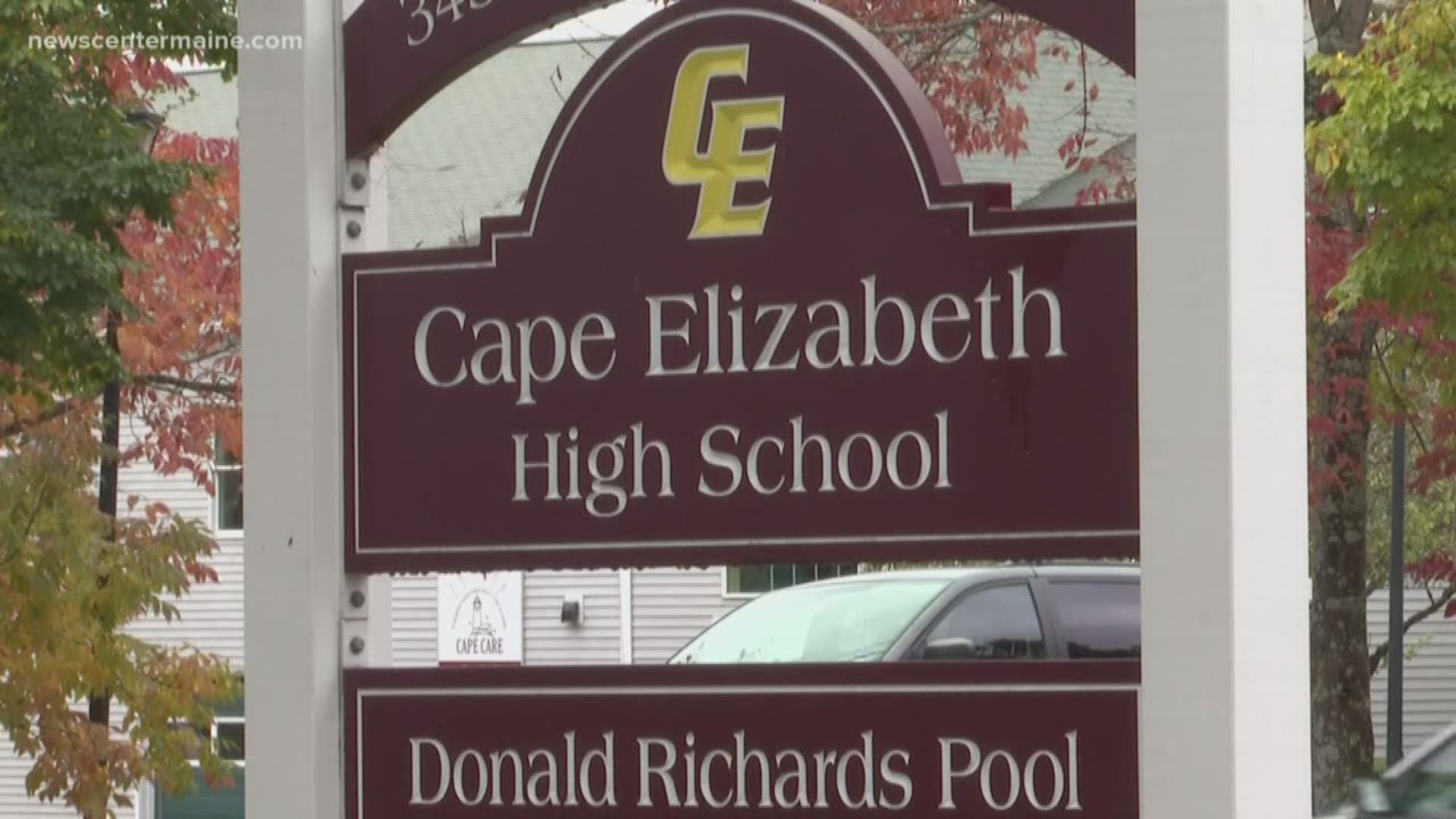 CAPE ELIZABETH, Maine — A U.S. District Court judge on Thursday sided with a Cape Elizabeth High School student and granted a stay preventing the school from suspending her after she posted notes in school bathrooms claiming there was a 'rapist' in the high school.

The ACLU of Maine argued that the note was protected as free speech and designed to call attention to sexual assault at the school, and to hold administrators accountable for keeping students safe.

On Sept. 16, Mansmann placed a sticky note in a girls' bathroom at the high school reading, "There's a rapist in our school and you know who it is."

Within minutes, another student found the note and took it to administrators. Other notes were posted later in the day, according to the court decision.

The investigation included interviews of more than 40 students, according to the decision by U.S. District Judge Lance E. Walker, which added, "Some of what they discovered would be upsetting to certain students and will not be recounted here."

A male student subsequently was "ostracized" by his peers, and did not attend school for several days.

Mansmann spoke with the press on Oct. 4, and later that afternoon Shedd announced that she would be suspended for bullying. Other students were also suspended.

Wolfrom, the school district's superintendent, told NEWS CENTER Maine at the time that students should have voiced their concerns in a different way. Administrators said the sticky notes disrupted school discipline and triggered fear in other students.

In a decision Thursday, Walker wrote that Norris, on behalf of her daughter, has shown "a fair likelihood of success" in appealing the suspension because the record suggests that the postings to be punished were "neither frivolous nor fabricated, took place within the limited confines of the girls' bathroom, related to a matter of concern to the young women who might enter the bathroom and receive the message, and [were] not disruptive of school discipline."

"The public has an interest in knowing that neither Plaintiff nor any other student who expresses a comparable view in similar fashion will be denied access to school simply because her viewpoint offends the sensibilities of school administrators," he wrote. "Something more is necessary to justify punishment. If school administrators receive carte blanche to tamp down and vet non-frivolous outcries on topics of social justice, expressed in areas generally associated with free student communication, where would that leave us?"

Walker wrote that he was not convinced Mansmann bullied anyone, and wrote, "Students who seek to sound the hue and cry regarding an imminent threat in the school building do not do so by sticky note."

"Defendants have demonstrated a relatively intense desire to control messaging about the health of their high school environment and to demonstrate to the public at large that they have the matter well in hand," he wrote.

According to the decision, Mansmann claims to have audio recordings of her meetings with administrators that support her claims.

“Speaking up about sexual assault is already difficult for young people," Alison Beyea, executive director of the ACLU of Maine wrote in a release Thursday afternoon. "If this punishment had been allowed to stand, it would have only made it more difficult. Today’s decision reaffirms that students have the right to freedom of speech, and that they do not check their rights at the schoolhouse gate.”

Portland attorney Melissa Hewey, who represents the Cape Elizabeth schools, did not immediately return a phone call on Thursday.