Thanks to a surprise from the Maine Odd Fellows and Rebekah's organization, Patty Cormier and Steve Bunker are going on an all-expenses paid trip to Pasadena, CA. 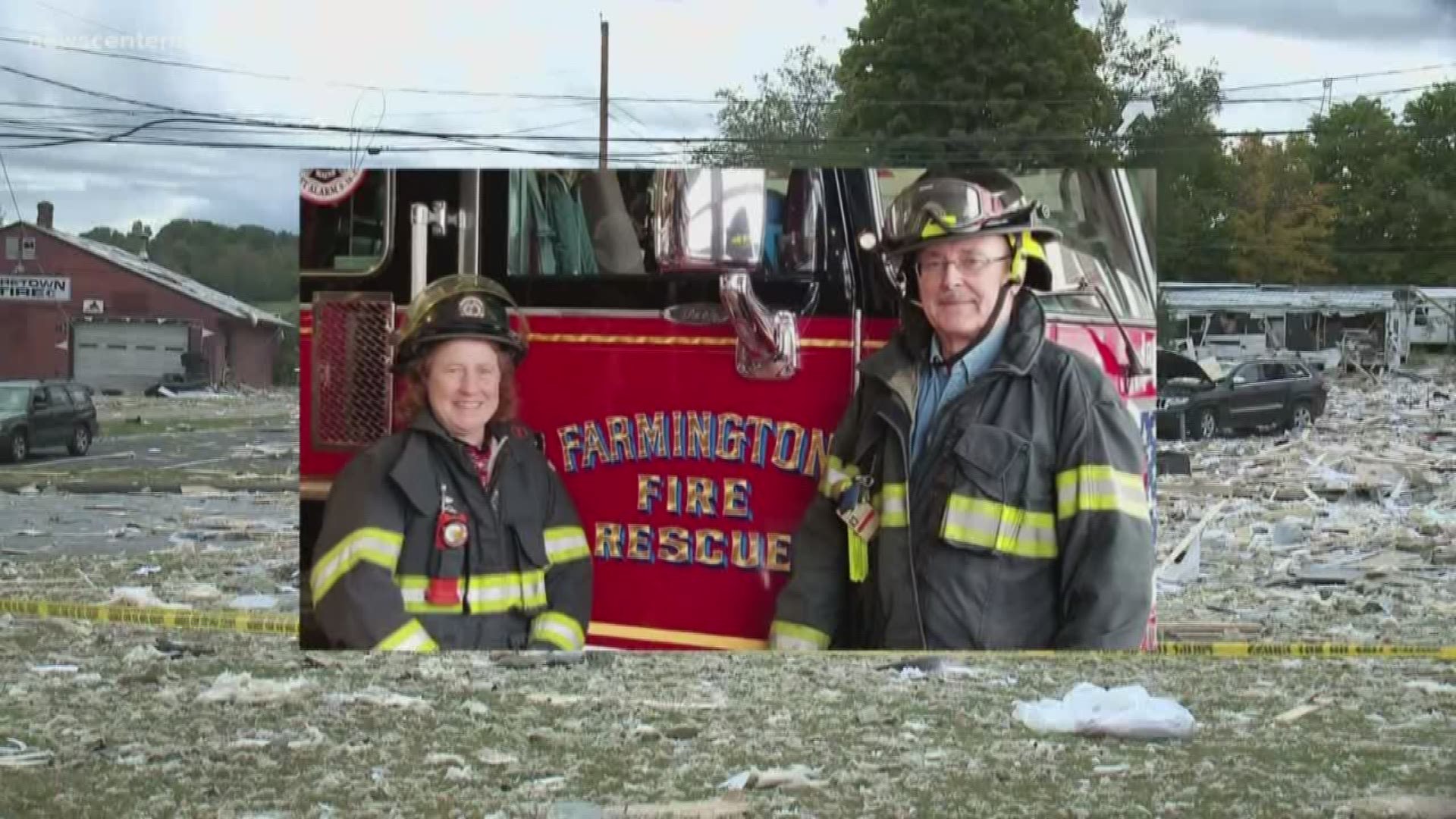 PASADENA, Calif. — Two firefighters from the Farmington Fire Department will be bringing in the New Year in a unique way.

They'll be attending the annual Rose Bowl Parade - and one of them will be riding on a float.

Thanks to a surprise from the Maine Odd Fellows and Rebekah's organization, Patty Cormier and Steve Bunker are going on the all-expenses-paid trip to Pasadena, CA.

The Farmington Fire Department has had a difficult year since the death of Capt. Michael Bell, who was killed Sept. 16 when a building exploded in the community.

Six other firefighters were injured in the explosion at LEAP Inc.

Larry Lord, a maintenance worker at LEAP Inc., is credited with saving more than a dozen employees by alerting them to the smell of gas and ushering them out of the building.

Lord was expected to be in the hospital for four months. It has now been about four months and he is still at Massachusetts General Hospital. His condition recently changed to serious.

Farmington fire officials said on Thursday, October 31, they will not be complete until they get Larry Lord home.

After seeing the tragedy of the Sept. 16 explosion and its devastation upon the Farmington firemen, longtime Maine Odd Fellows member Michele Trynor was determined to let the firemen know that they were not alone in their pain.

When Trynor found out that the national Odd Fellows organization's float for this year's parade has the theme of "First Responders Bring Hope," she gathered enough funds from the organization's members to send Cormier and Bunker on the trip.

"Out of our tragedy, there have been so many blessings, so much caring and good will has poured in," Bunker said. "The generosity of the Odd Fellows and Rebekah’s organization is a real morale booster to our department."

"It's a real honor to represent such a great group of firefighters," said Cormier. "We wish they could all be there with us."

Bunker, Cormier and Trynor will travel out the day before in order to be there to help put the final touches on the float and observe the judging prior to the parade.

Cormier will actually be on the float and has been practicing her official "hand wave." Bunker and Trynor will be in a special reserved grandstand, along with dignitaries from the many state Odd Fellows chapters.