Although outside personnel has assisted the department over the last six weeks, the department has continued to have someone from Farmington on duty at all times. 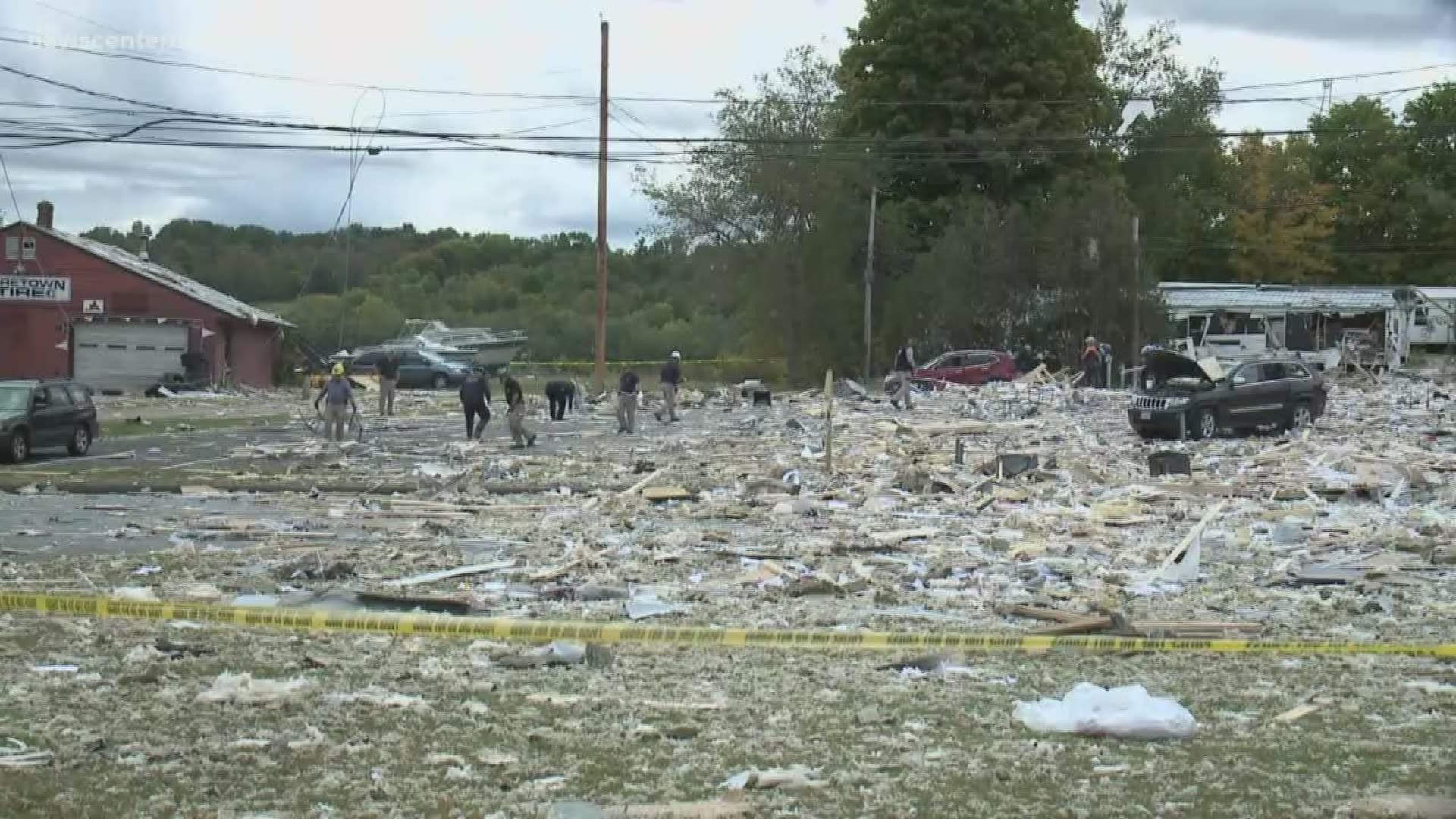 FARMINGTON, Maine — The Fire Department in Farmington is trying to return to their "new normal" after the fatal gas explosion that killed one firefighter and injured six others on September 16. Since the deadly explosion, the department has been assisted with personnel from 80 departments all over the state including Bar Harbor, York Lincoln, and Calais.

But on Thursday, October 31, the Farmington Fire Department said goodbye to all the support in personnel they've received as they try to rebuild.

"It's been amazing. The distances these folks have traveled and left their families and work to come here and support us" says Deputy Fire Chief Tim Hardy.

Fellow firefighters came to support the Farmington Fire Department which has suffered an enormous loss.

"We will get through this as we stated before and everyday we're making very positive progress said Deputy Chief Hardy.

"This has been a very tragic event, it still is, but it's brought a lot of us a lot closer. We've gained and developed some very good, new close relationships throughout the state of Maine and throughout the country."

Farmington Fire Captain Scott Baxter was the last of the five firefighters injured in the blast to return home from a rehabilitation facility in Portland Tuesday, October 29.

Baxter, who has served more than 13 years in the department, was critically injured in the explosion.

Maintenance worker Larry Lord, who is credited with saving the lives of other LEAP employees by evacuating the building before crews arrived, remains in serious condition at a Boston hospital. Fire officials said on Thursday they will not be complete until they get Larry Lord home.

The department is extending a heartfelt “thank you” to the over 80 fire departments from across the state who provided station coverage over the past weeks.

Town Manager Richard Davis joined the fire officials in expressing gratitude to the local residents and the business community for the food they provided, condolences and words of encouragement.

"We are extremely grateful and will forever be in the debt of these people" Davis said.