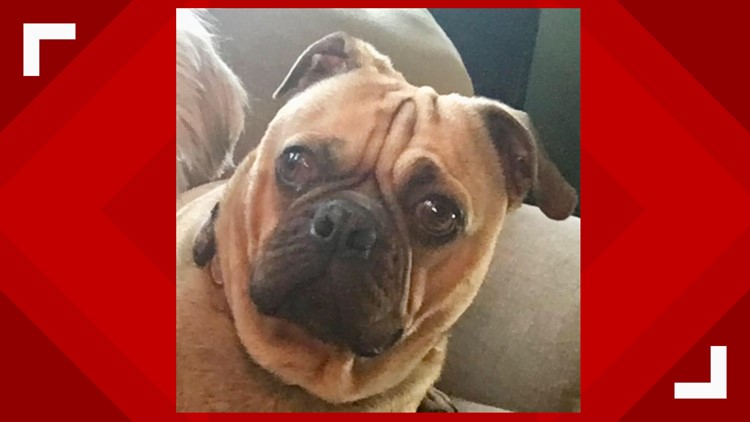 Family says Frankie's not the only victim in animal abuse case

The outpouring of support for the Torrey family since the story went viral is enormous. There is also anger directed at the alleged perpetrators. The family wants people to remember that their dog Frankie wasn't the only victim in this crime.
Author: Samantha Sugerman (NEWS CENTER Maine)
Published: 4:08 PM EDT September 3, 2018
Updated: 11:44 AM EDT May 1, 2019

WINTER HARBOR (NEWS CENTER Maine) -- He has been the talk of the town for days, but his reach spans even further online.

The story of what happened to Frankie the pug has gone viral.

"It's very, very touching that this little dog could get that much attention," said Frankie's owner, Phillip Torrey.

Phillip can hardly keep up with the messages he has been receiving in his inbox.

"I bet I have two or three-hundred messages from people that I do not know saying, 'I do not know you, but I want to tell you I think, you know, I'm thinking about you, my heart aches for you,' and stuff and it's pretty powerful, pretty touching stuff," said Phillip Torrey. "I can't tell you how many puppies people that breed dogs have offered me."

The details of what happened, just too horrific to recount.

Police have issued arrest warrants for Nathan Burke and Justin Chipman in connection with Frankie's death.

"I think I just want justice, and I think I want, you know, the world to know that we all love our dogs," said Phillip Torrey.

“I feel like a lot of cases like this do kind of go under the rug, not really under the rug, but don’t get as much publicity which is terrible, but because of this it’s definitely better because you know that there’ll be some justice served," said Simon Torrey, Phillip's son. "They’re not going to just slip away and no one‘s going to know or whatever. It’s definitely better.“

The family appreciates the support they've received from all over the country, but they realize not everyone online is voicing support.

"A lot of the stuff that's gone on social media, you know, is a lot of threats, you know, a lot of anger towards Nate and Justin and stuff, and I would ask people to to be conscious of the stuff they say," said Phillip Torrey. "It's easy to say you want to do this, you want to do that, you hope this, but just be aware that there is a beautiful little girl that doesn't understand any of this, and she is as innocent as Frankie was."

Through their anger, the Torrey family is thinking of the innocent victims on the other side of this story and hoping before you post, you will too.