Prosecutors reveal what was on the handwritten note buried with the body of Valerie Tieman -- on the second day of her husband's murder trial. 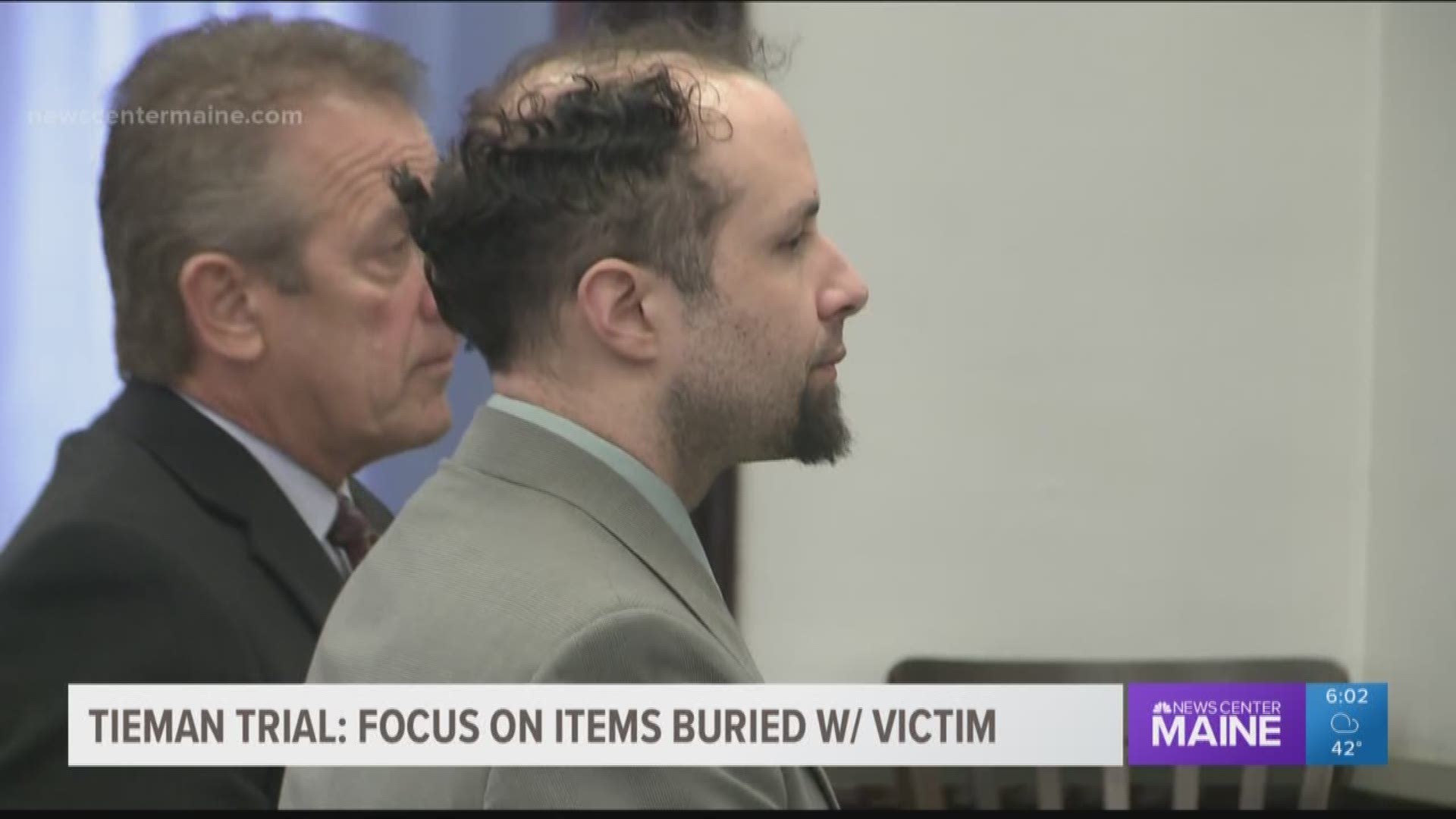 SKOWHEGAN (NEWS CENTER Maine) -- An audio recording with Maine State police sheds light on Valerie Tieman's final moments as well as reveals what was on the handwritten note buried with her body, on the second day of her husband's murder trial.

Luc Tieman was arrested back in September of 2016 and charged with the death of his wife, Valerie Tieman, after her body was found buried in a shallow grave behind his parents home in Fairfield.

The State presented what was found buried with Valerie as well as a recording of Luc speaking with police in the hour leading up to finding her body. The items included a bag of potato chips, bottle of Gucci perfume, package of sweet tarts, flannel shirt, mason jar, a hand-written note and an item that wasn't discovered until the evidence was being packaged for trial -- a wedding ring.

Sergeant Scott Bryant, Chief of Maine's Evidence Response Team, testified that he had found the ring while dealing with the contents found in the mason jar. Which was dirt, flower stems and twigs.

"I heard a thud and knew there was something heavy in the envelope." Bryant said.

It was not made clear who the ring belonged to or if it was a man or a woman's. However, Bryant stated he took his own wedding band for comparison and observed the ring was "much bigger" than his own.

The hand-written note found with Valerie's body was worn and dirty, but police were able to make out what was written. "For my one and only Joy-Joy. Flower. Forever" the note said. "I love you Valerie Joy T. Rest in Peace, with my heart and Jesus. Can't wait to see you again." it went on to say. The note was signed "Luc-e Bear" with "x's" and "o's" and exclamation points.

In the recording with police, Tieman told the officers that "Luc-e Bear" was her nickname for him. It was also how he signed a couple other notes that were found in Valerie's purse during the investigation.

The recording was created roughly an hour before Valerie's body would be discovered. Detective Chris Crawford with Maine State Police testified before jurors about the interview he had conducted with another officer, Detective Landry.

The two continued to ask about the last time Luc saw Valerie. He first claimed that Valerie found out he had been cheating, to which she replied that she met someone else too who was "willing to marry her and give her everything she wanted." When asked what happened next, Luc told police "everything went black."

When the detectives were alerted Valerie's body had been discovered, Tieman's response was just as bizarre as the items she was found with.

"Was it suicide?" he asked, followed by "It wasn't the deer?"