ERCOT, nonprofit at center of Texas power outages disaster, has board members who live out-of-state, including one with Maine ties

The ERCOT website listed Raymond Hepper as a board member who also served for Central Maine Power for 11 years. He's among the five board members resigning. 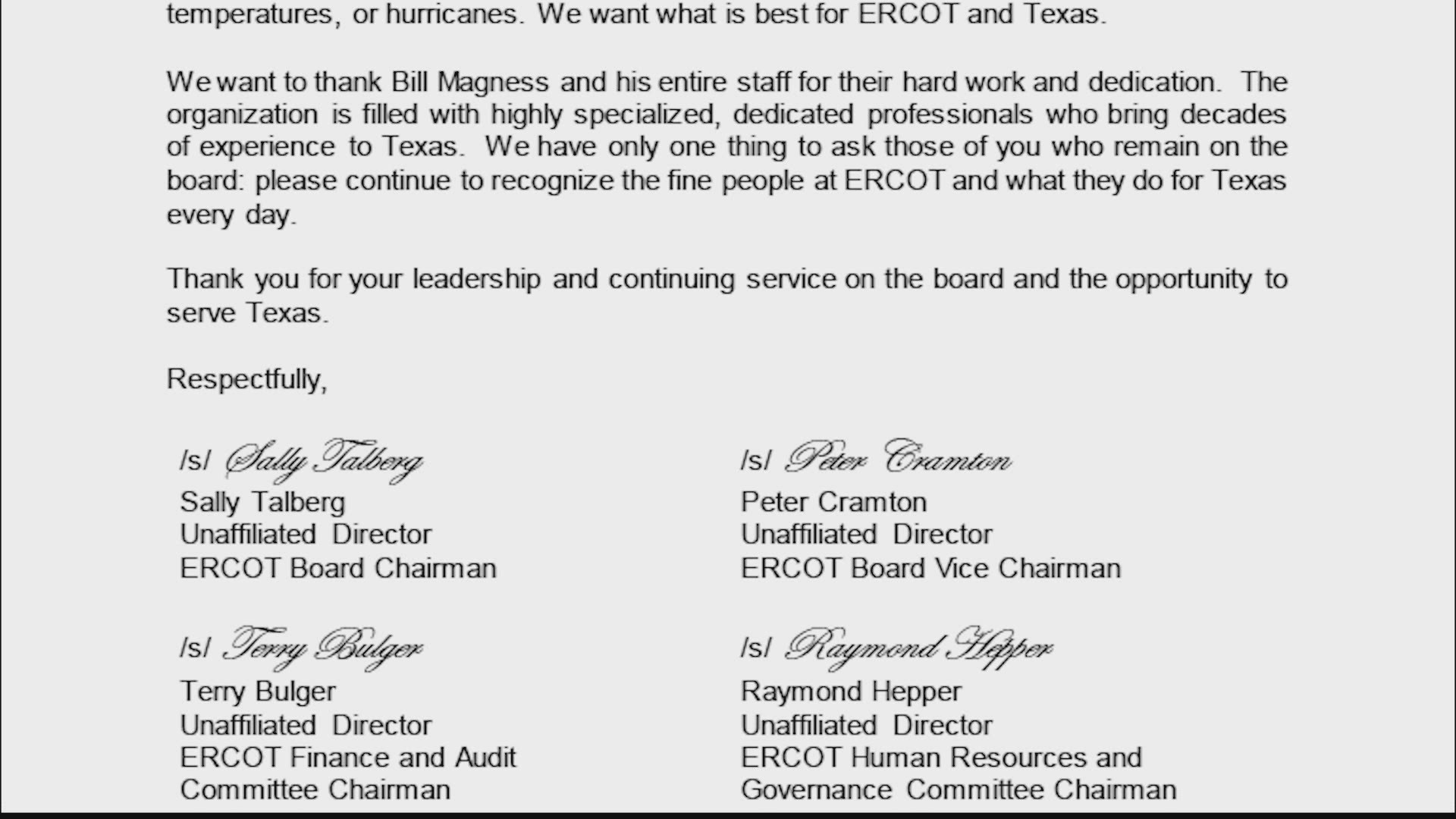 MAINE, USA — One-third of the board of directors that operates Texas' electrical grid do not appear to live in Texas, and their performance in wake of widespread outages has led to a Dallas-area lawmaker’s call for change.

Records show the two top office holders of the 15-member board of the Electric Reliability Council of Texas (ERCOT), live out-of-state. Three other ERCOT board members also appear to live thousands of miles from Texas.

ERCOT is a nonprofit, subject to oversight by the Public Utility Commission of Texas and the Texas Legislature.

One of the board members, Raymond Hepper, has ties to Maine, including working for Central Maine Power (CMP) for 11 years, according to a 2020 ERCOT petition to approve him as a board member, and his biography on the ERCOT website.

Hepper is among the four ERCOT board members—all of whom live out of state according to records—who will resign after Wednesday’s board meeting, according to a notice released by ERCOT Tuesday.

NEWS CENTER Maine reached out to Hepper for comment, but has not heard back, and will update this article when we do.

According to the biography in the 2020 ERCOT petition, Hepper retired in 2018 as vice president, general counsel, and corporate secretary for ISO New England, which plans and operates New England’s electric system and wholesale markets.

Before joining ISO New England in 2004, he was a partner in the firm of Pierce Atwood in Portland, Maine representing utilities and clients in complex energy transactions and regulatory proceedings.

From 1989-2000, he was employed by CMP where he served in varying roles, beginning as tax counsel and ultimately serving as general counsel and managing director of legal and regulatory affairs.

Hepper, who is totally blind, currently serves on and is a vice-chairman of the Board of Trustees for Perkins School for the Blind where he has been a member for 8 years.

A LinkedIn page in Hepper’s name matching these credentials says he lives in the Greater Lewiston/Auburn area.

This includes Raymond Hepper, who worked for Central Maine Power for 11 years, @isonewengland for 14 years, as well as others in #Maine -- we've reached out to Hepper for comment, and have not heard back. @newscentermaine #TexasBlackout https://t.co/g1Rs8awvvc

As millions of Texans have been without electrical power – sometimes for days – public outrage has grown. Due to concerns about possible safety threats, state officials confirmed that they pulled down most of the ERCOT webpage that revealed photos and biographies of each board member.

Despite pulling down board member names, bios, and photos, ERCOT kept a board page on its website, but listed the chair, vice-chair, and 13 other board positions as “vacant.”