Emails between city officials reveal confusion, if Portland had time to prepare for influx of asylum seekers 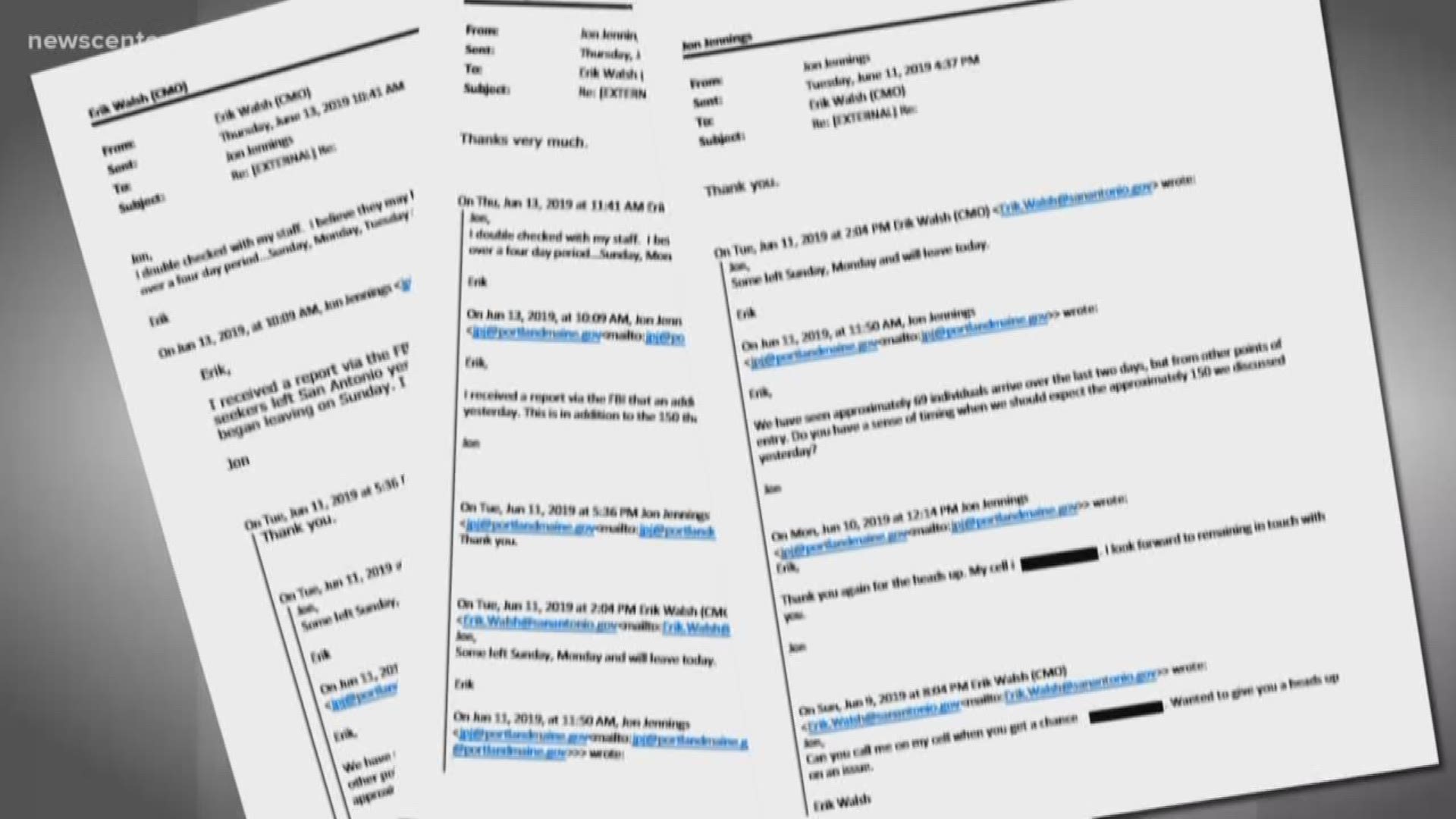 PORTLAND, Maine — Emails between city officials in Portland and San Antonio, TX show city leaders in Maine had very little warning about hundreds of asylum seekers making their way to the state.

NEWS CENTER Maine obtained emails from the City of San Antonio through a public information request.

“Can you call me on my cell when you get a chance? [sic] Wanted to give you a heads up on an issue,” the first email from Walsh said.

The email was sent on the night of Sunday, June 9, just hours before the first wave of people arrived by bus the following day.

"That was the first time we had gotten official word from San Antonio,” City of Portland’s spokesperson Jess Grondin said.

Although Portland had not yet completed our request for communications, Grondin confirmed the email chain did happen.

"I think we were just thankful for the head's up,” Grondin said. “It let us get our emergency operations up and running."

More than 300 asylum seekers have made their way into the city. Grondin said, at last count, just under 300 were staying at the emergency shelter at the Portland Expo.

"We're just responding to the daily numbers at this point,” she said.

The email chain between the city managers continued for days as they struggled to determine just how many people were headed to Portland.

“I received a report via the FBI that an additional 150 or so asylum seekers left San Antonio,” Jennings wrote.

The response to this email proved nobody really knew.

“I double-checked,” Walsh wrote on June 13 as the city was trying to prepare for more arrivals. “ I believe they may be referring to the same 150.”

Officials also shared information about rumors that asylum seekers were spreading the Ebola virus, calling it a ‘far right’ claim.

RELATED: VERIFY: Congolese immigrants did not bring Ebola to the US via the Southern border

The city is still working on a ‘transition plan’ to find new housing and resources to eventually close the emergency shelter at the Expo.

Right now, the most popular option appears to be utilizing dorms at the University of Southern Maine through the summer, which could cost thousands.

More than $400,000 in private donations have been raised in the last few weeks and at least 1,200 volunteers have stepped up to try and help, but there is still no long-term plan in place.

“There's still just a lot of things in the mix right now and we're hoping we can have an update as soon as we can put together a good plan,” Grondin said.

A request for communication between Mayor Ethan Strimling and city officials in San Antonio turned up nothing.

NEWS CENTER Maine still has several requests open in both cities for communication between local and state officials.