The community has come together to create a 'Pride zoo' 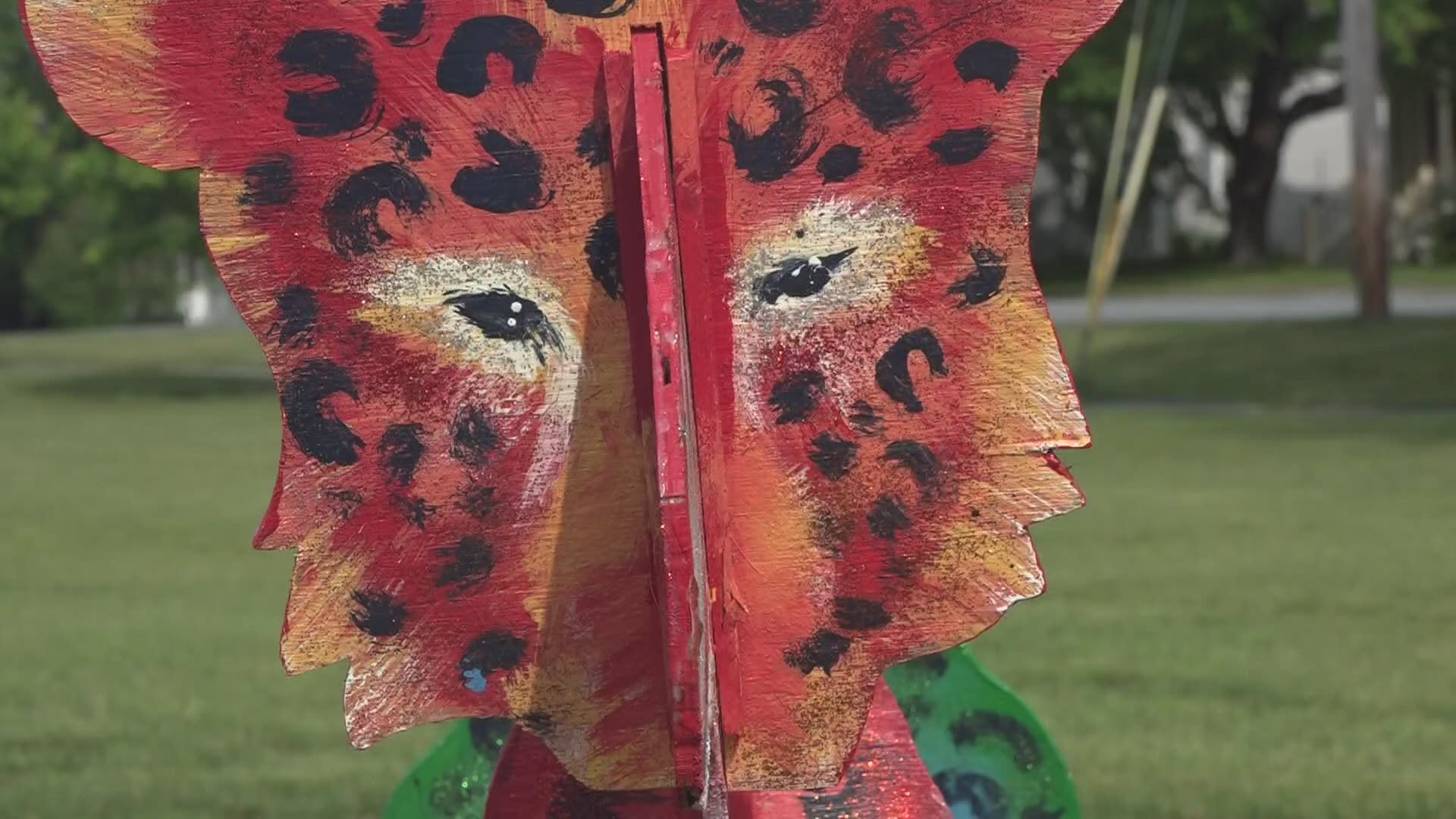 ELLSWORTH, Maine — In Ellsworth, there are a bunch of animals on the loose, but no need to worry—it’s all part of a Pride zoo art display.

The display is how the community is recognizing Pride Month after an idea to paint rainbow crosswalks proposed by Ellsworth High School Teacher Carrie Kutny and her students was shot down by city councilors.

Thanks to Pride organizers in another town, Kutny and her students found another way to celebrate.

The offer was accepted and since then, the community has come together to grow the zoo.

"We’ve had parents, and students, and just general community members make all of these sculptures,” Kutny said.

One Maine city has found a colorful and wild way to celebrate pride month this year. This morning on @newscentermaine, I’ll tell you about a pride zoo in Ellsworth that’s raising awareness on a key issue for the LGBTQ+ community. #wakeMEup pic.twitter.com/ATBIOQeZVz

RELATED: PRIDE events near ME

The artwork is designed to not only celebrate the LGBTQ+ community but to raise awareness on key issues as well.

“Students in the LGBTQ+ community suffer more bullying and harassment, and mental health issues, and homelessness than students who are cisgender or straight, and that is something that we really wanted to get to the root of,” Kutny said.

She has joined other adults in the city to form Ellsworth Pride. They will be hosting a kid-friendly pride festival in Knowlton Park, Sunday, June 13.

More details can be found here.