Eastern Trek for Cancer takes off from East End Beach 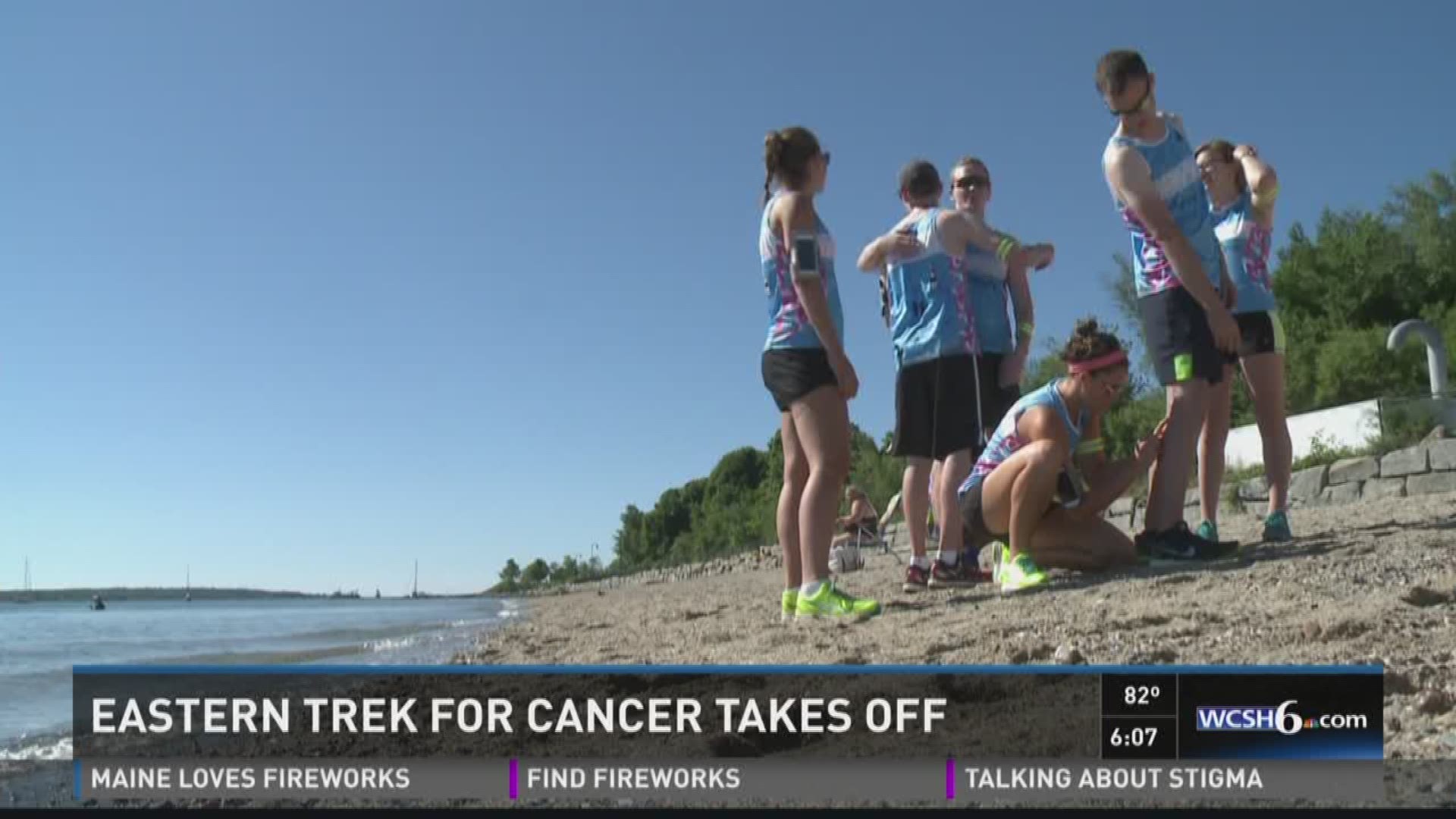 A group of runners headed for New York City began their run Sunday morning from Portland's East End Beach as part of a run to raise money for people battling cancer.

Matt Dexter attended the University of Maine, and started the Eastern Trek for Cancer two years ago to honor his mother, Christine, who died from stomach cancer in 2008.

"It took me a while. It took me until college that I kind of processed it all," said Dexter.

He founded the Christine B. Foundation in her name. Dexter said running just naturally appealed to him.

"It was great thing to just get out at the end of the day and unwind," said Dexter. "Losing her kind of affected my whole family. It affected my relationships with friends, even my own family. Everyone I was interacting with I was acting different because of the loss."

This year is the first year the Foundation will award two scholarships to a current or incoming college student, said Dexter. Each one is for $2,000.

This year, seven runners will participate in the run from Portland to New York City. They will run relay-style in one-to-two mile increments, with each runner totaling about 10-12 miles per day, according to Dexter.

"It's pretty evident that everyone is affected by this to some degree," said Dexter's friend Alex Gonzalez.

Gonzalez said his grandfather just finished chemotherapy. He said he remembers a speech Matt gave during last year's run, which brought him back this year.

"It had just started a torrential downpour of rain. He turns to us and he said, 'Today will be a great test of our mission. Rain or shine, these people have to fight their battle with cancer. Rain or shine we're going to run for them,'" said Gonzalez.

"When things get hard, we realize what name is on the back of our leg," said Dexter.

The donation link will up until October 1.