X-rays showed the eagle had been shot and contained six shotgun pellets lodged in its jaw, wing, and leg. 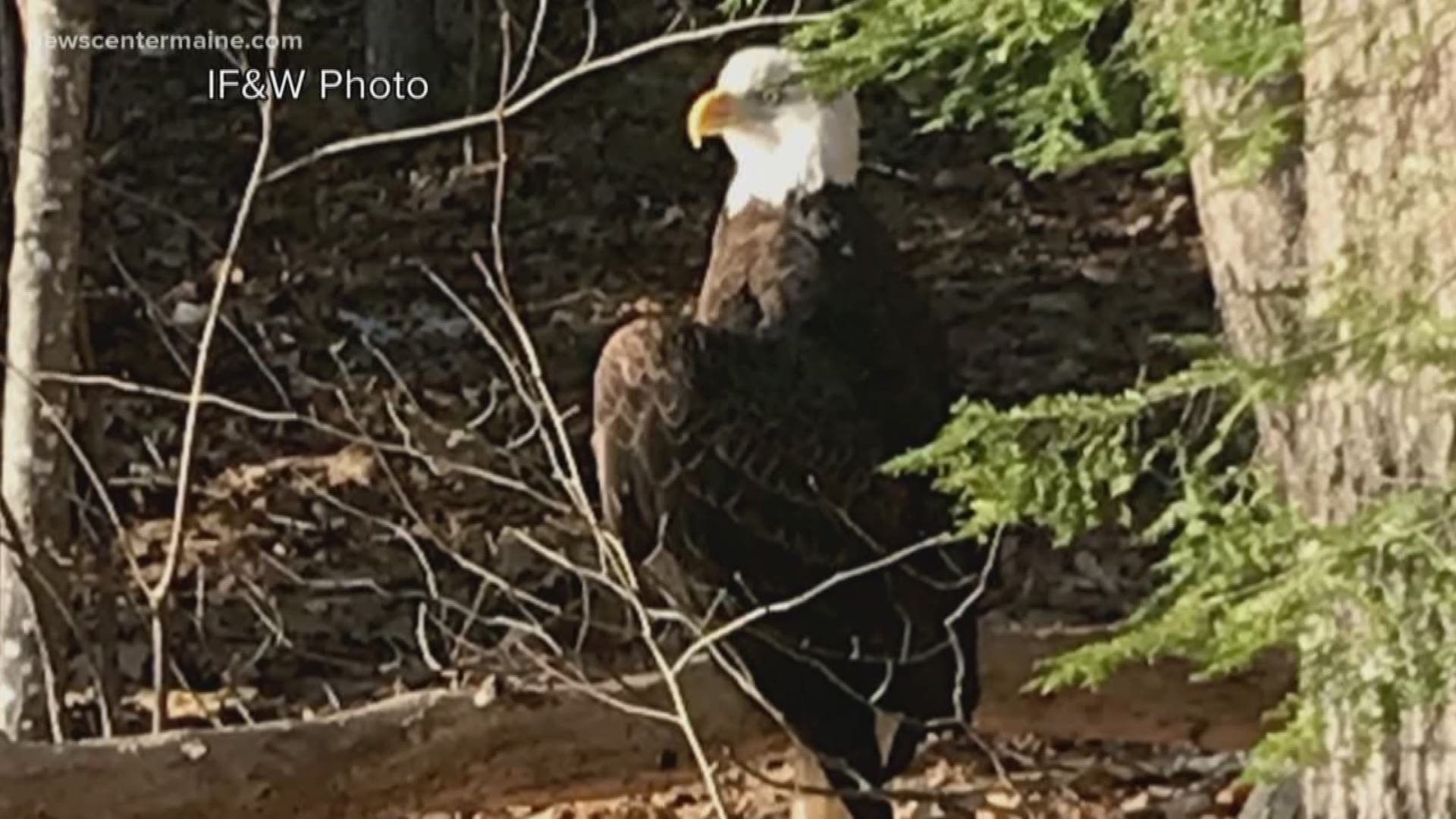 Maine Game Wardens are looking for answers after an eagle was found wounded from a shotgun in Waterford and then later died, possibly of starvation.

On Wednesday, Dec. 26, the Warden Service went to Papoose Pond in Waterford for a report of a bald eagle that was acting "abnormally". Wardens say the eagle was only able to fly a short distance but they were unable to capture it.

Days later, the eagle appeared weaker and Game Wardens captured it and took it to Avian Haven in Freedom.

X-rays showed the eagle had six shotgun pellets lodged in its jaw, wing, and leg. The eagle died on Dec. 30 officials believe from starvation.

Maine Operation Game Thief (OGT) is offering a $1,000 reward for information leading to a conviction of the person responsible.

Maine’s eagle population is in healthy shape with 734 nesting pairs at the start of 2019, according to Game Wardens. That number is up from a low of 21 nesting pairs in 1967. A survey this year documented eagle increases in all Maine counties since the last statewide survey five years ago.