The event was also part of the 'National Night Out' campaign for Biddeford Police, which connects law enforcement with their community in a stress-free atmosphere. 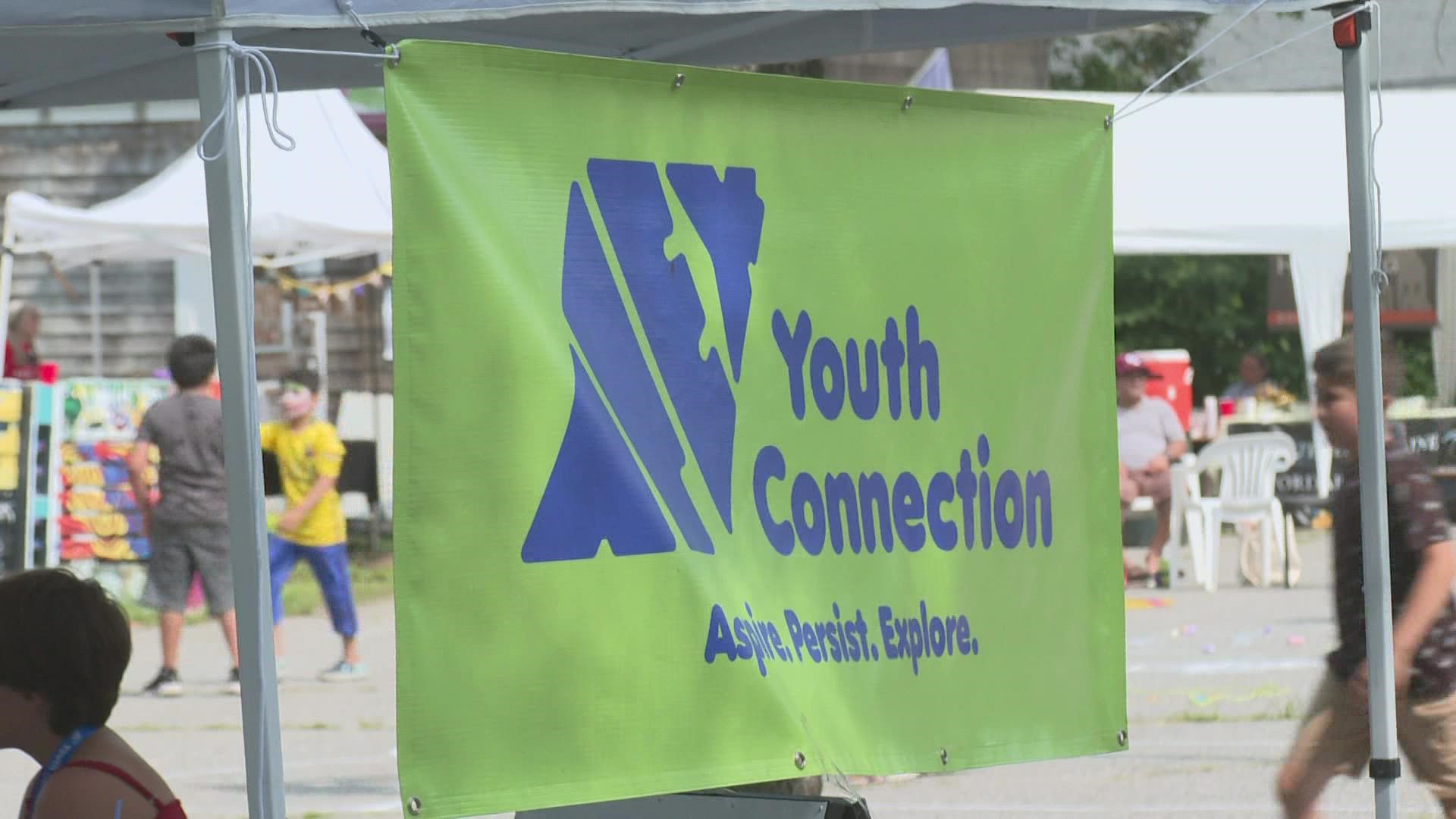 BIDDEFORD, Maine — It was a gorgeous sunny day on Sunday, and dozens took advantage of the weather and took part in Biddeford's 'Family Fun Fest.'

"People just want to get out right now," said Biddeford Housing Director Guy Gagnon. "The idea is to get a community that everybody knows each other and they want to stay here."

Biddeford Housing was one of the sponsors of Sunday's festival, along with multiple other community groups. The festival featured games, face painting, tie-dye, food, and more, at no cost to attendees.

This marked the festival's 13th year after it was canceled in 2020 amid the pandemic. It was also an opportunity to highlight the Bacon Street neighborhood's growth over the years and reputation as a family-friendly place to live.

"This neighborhood has certainly seen some good things happening over the last few years, probably over the last ten years, and this event has been a big part of it. To bring positive things to this area," said Biddeford Police Sergeant Steve Gorton.

Some shots from Biddeford today at the city's 'Family Fun Fest.' Dozens packed into the Bacon St. neighborhood for it. It also served as part of the #NationalNightOut campaign for @BiddMEPolice. @newscentermaine pic.twitter.com/zx3RgLsE3a

"Events like this are always good to draw out more people that we wouldn't be able to reach, so it's a really good opportunity to get into the communities and get around to people that we serve," said Gorton.

There's also a National Night Out event planned with law enforcement in Saco on  August 3rd, from 5-8 p.m. at Memorial Field, located at 74 Summer St. behind C.K. Burns School in Saco.