Dog alerts owner to house fire in Baldwin, both make it out safely

A man and his dog made it out safely, according to fire officials. 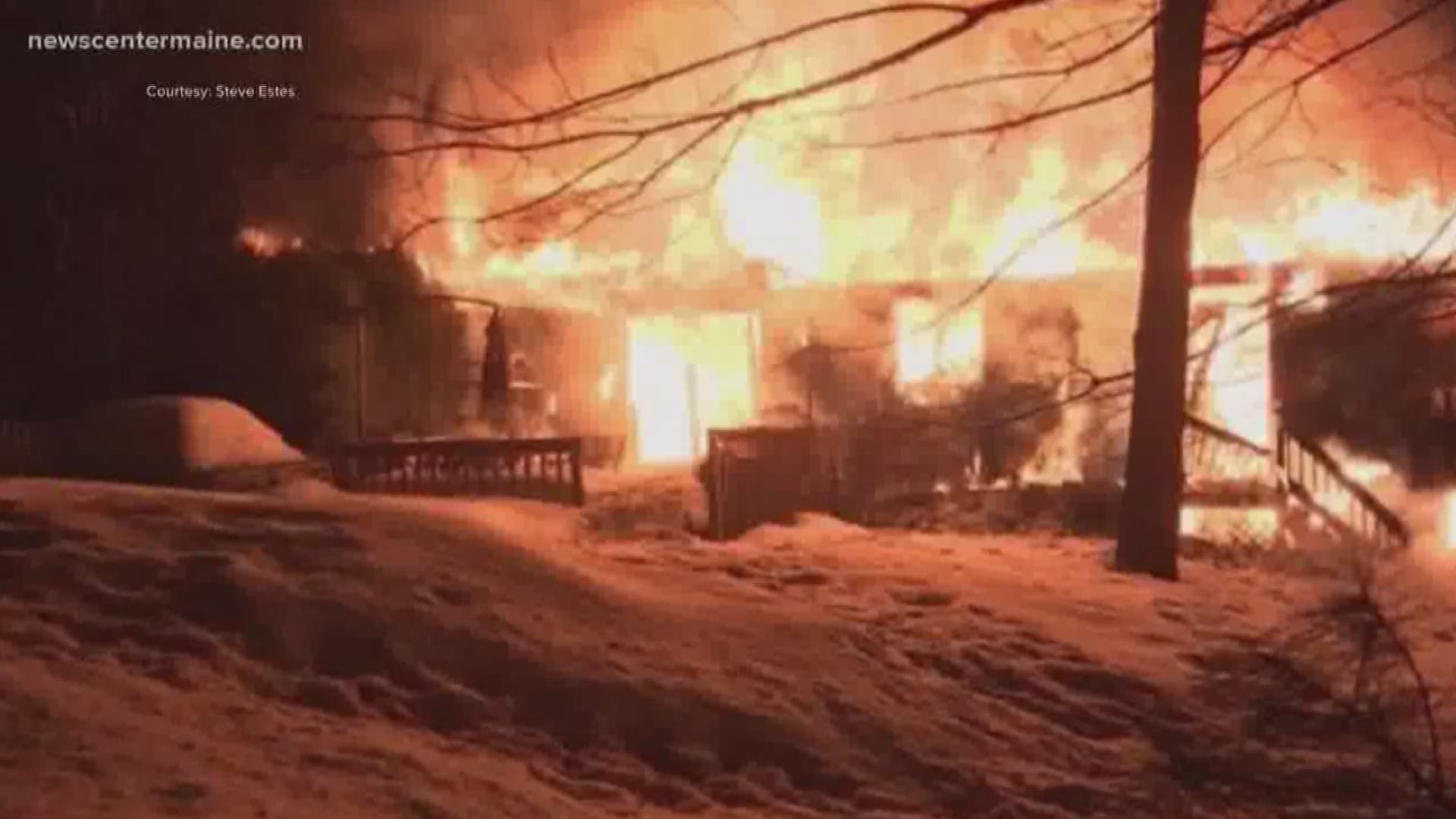 The early-morning fire at 85 Douglas Hill Road was called in around 3 a.m. and a second alarm was called shortly after.

Officials said the man inside the home was alerted by his dog of the fire and both he and the pet were able to get out safely.

Dozens of firefighters, many of them volunteer, struggled to get water to the scene.

Water was pumped out of a pond and shuttled two miles to the home.

The house appears to be a total loss.