Divers recover bodies of 2 men who drowned on Messalonskee Lake

The victims were identified as Brandon Breton, 21, of Vassalboro, and Joseph Mayo, 19, of Rome. 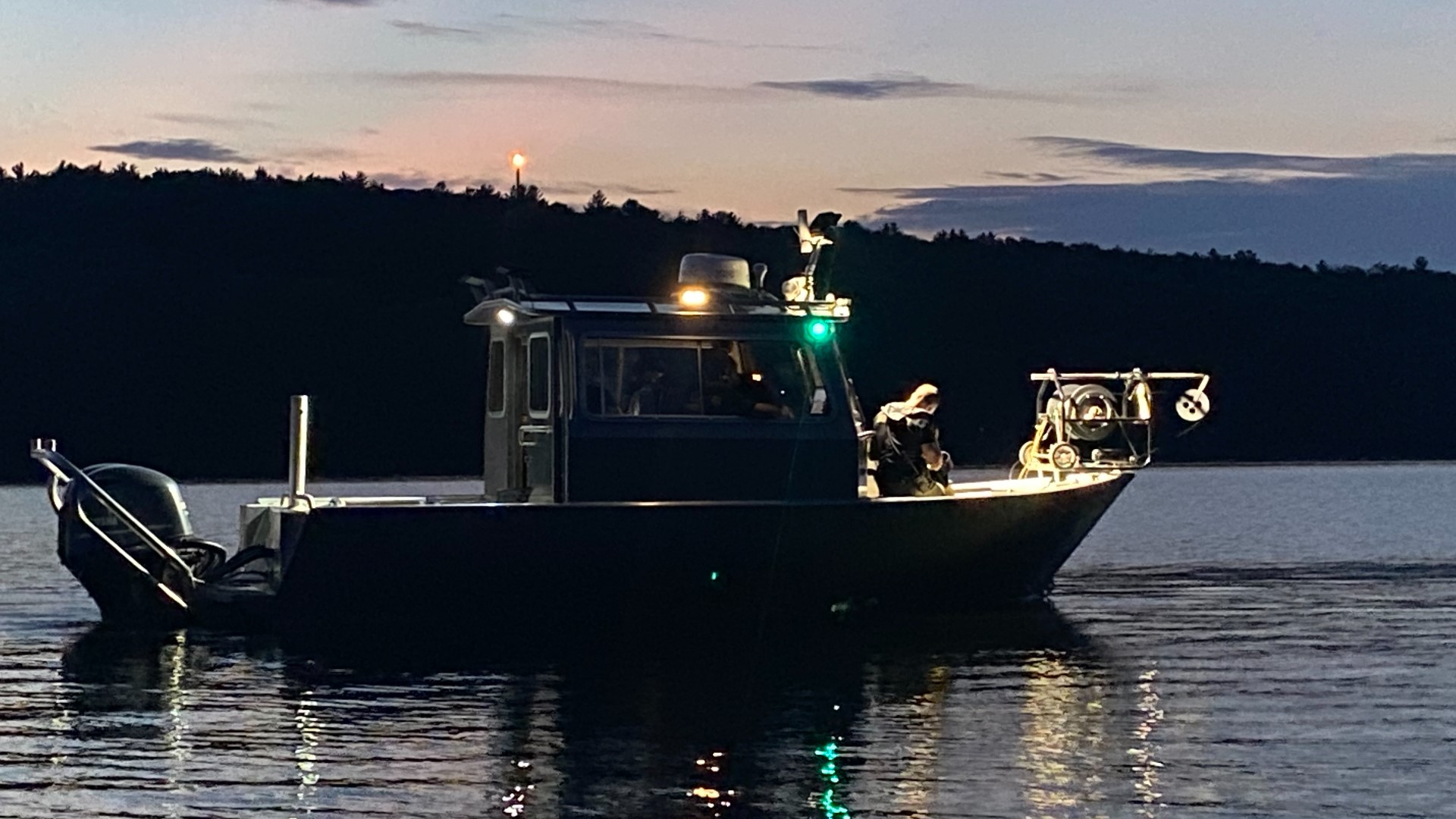 BELGRADE, Maine — The bodies of two men who drowned on Messalonskee Lake Monday afternoon were recovered early Tuesday morning, according to the Maine Warden Service.

In a press conference Monday, identified the victims as Brandon Breton, 21, of Vassalboro, and Joseph Mayo, 19, of Rome.

In a release Tuesday, Latti said their bodies were found in about 35 feet of water, approximately 200 feet apart in the northwest area of Greeley Island in the lake.

Officials said the young men were swimming with friends from a pontoon boat near Greeley Island at the southern end of the lake.

"A strong gust of wind pushed the pontoon boat away from the swimmers and two of the males were able to swim to the drifting boat, but the other two males went under and never resurfaced," Latti said in a release.

“While the air temperatures may seem like summer, water temperatures are still cold, and they can impact your ability to swim,” Game Warden Lt. Dan Menard said in a release Tuesday. “Boater should wear their life jackets and swimmers should know their ability, and swim in areas appropriate for their experience.”

Breton, whose family runs Sandy Point Seafood restaurant in Augusta, is being remembered for his love of photography, friends and family.

"We're holding up. I mean that's all we can do," he said. "Brandon was the best son and business partner and friend that we could ever ask for."

Brenton said Brandon was a partner in the family's business and was integral in its day-to-day operations. For now, they plan to be closed for the rest of the week.

On Monday, Game wardens began searching the water by boat and by plane. A Maine Forest Service helicopter and fire departments from Belgrade, Sidney, and Oakland assisted.

The drownings are two of four drownings across Maine in the past 48 hours. A 13-year-old girl drowned in Cherry Pond in Greene on Monday, according to game wardens, and on Sunday, a 38-year-old man from South Portland fell into the Saco River and died. The 13-year-old girl was taken to Central Maine Medical Center.

"More people are out in the water because of this heat," Latti said. "It's important to know your ability as a swimmer and swim in locations that are appropriate for your swim level."

#NEW: A spokesperson for the Maine Warden Services says they are searching for two men in a presumed drowning on Messalonskee Lake. One is 21-years-old, the other 19-years old #NEWSCENTERmaine