A 57-year-old man who was diving near Nubble Light suffered from exhaustion and needed to be rescued from the ocean current on Monday. 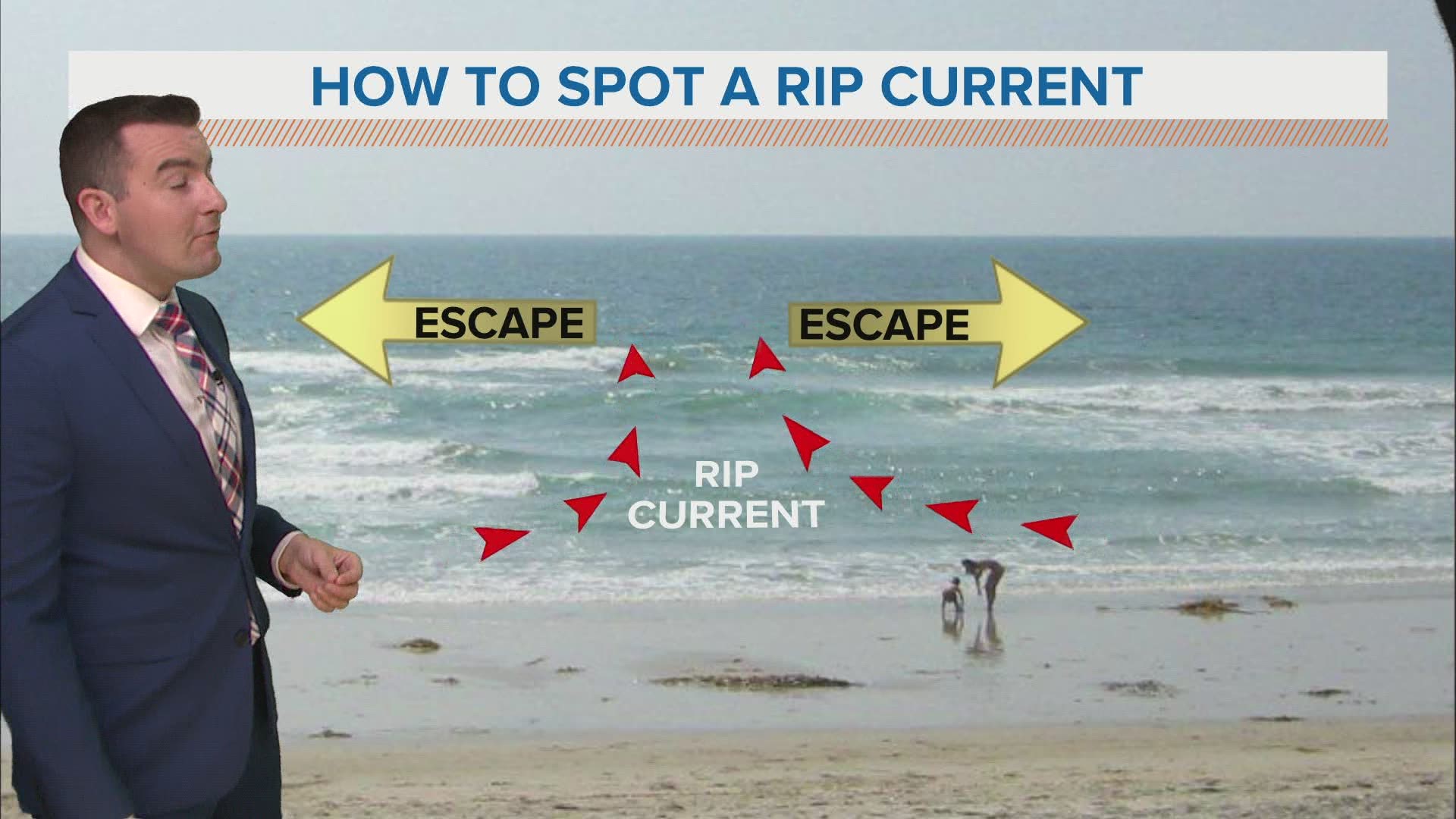 YORK, Maine — EDITOR'S NOTE: In the above video for 2019, NEWS CENTER Maine meteorologist Ryan Breton demonstrates how to break the grip of a rip current.

York Police say a man was rescued from the ocean current Monday morning after suffering exhaustion while diving near Nubble Light.

A York Parks and Recreation employee got in the water and assisted the diver to safety where he was treated and released on the scene by medical personnel.

It was reported that a possible second diver was also in distress, but it was determined that all divers were safe and accounted for.

Credit: Photos courtesy Lois Griswold
The scene of the water rescue on Monday.

After a spate of rip current rescues in New England in recent days and weeks, lifeguards and safety personnel are urging people to use caution while swimming or diving.

"This year we have had a lot of rip currents early in the season," head lifeguard at Scarborough Beach State Park Dave Currier said. "We've had several rescues over the month of June and into the month of July."

IF CAUGHT IN A RIP CURRENT:

RELATED: UPDATE: State Trooper who was hit during a police chase released from hospital, begins rehabilitation process in Mass.