Nearly a year separated the time between when DHHS last spoke with Shawna Gatto, who was sentenced Tuesday, and Kendall Chick's December 2017 death. 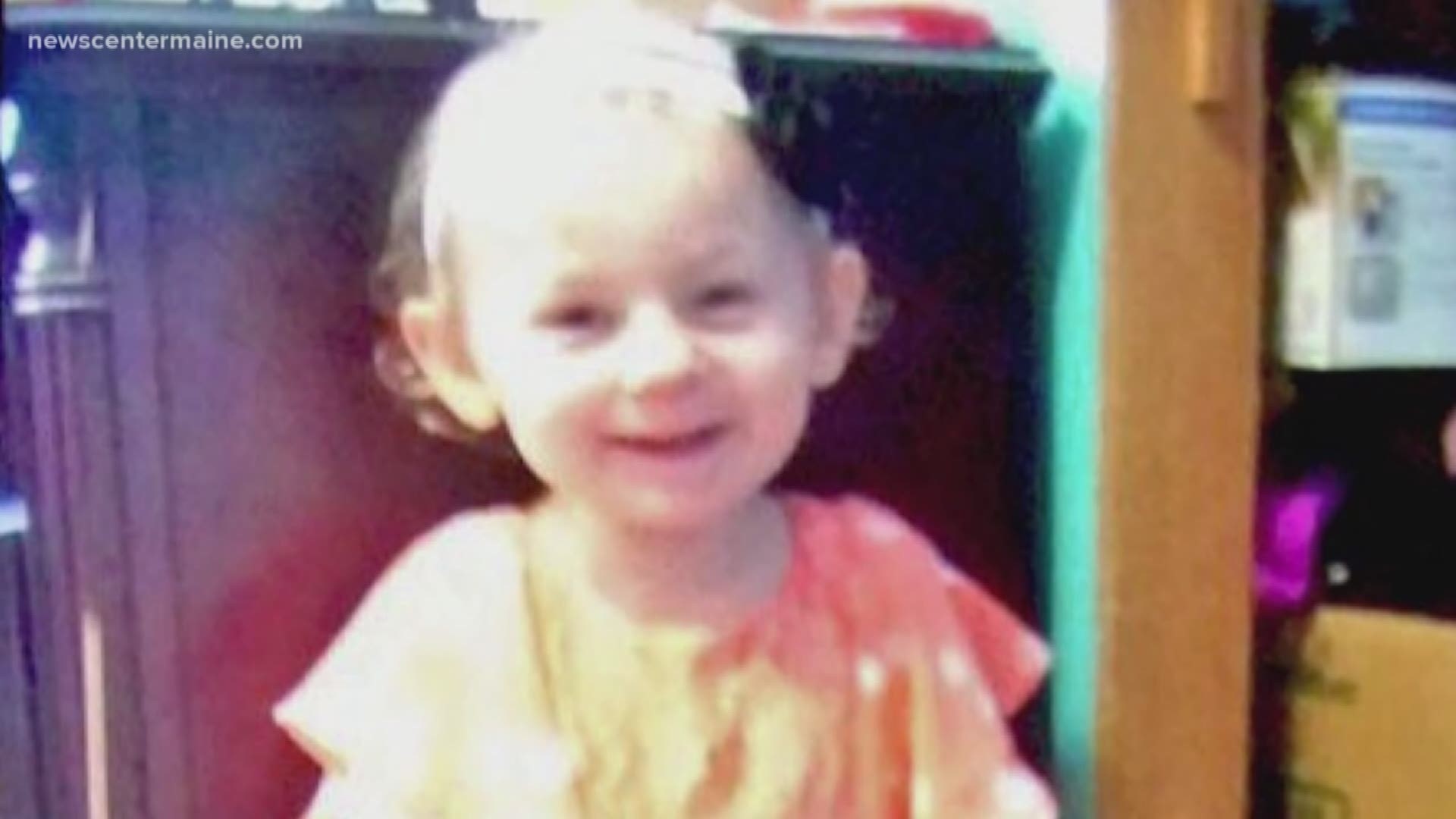 AUGUSTA, Maine — A detailed report released Tuesday shows the Department of Health and Human Services was last in contact with Kendall Chick's caregiver 11 months before the four-year-old's death.

The release comes after Shawna Gatto of Wiscasset was sentenced on June 25 to 50 years in prison for Chick's murder. Gatto was found guilty on April 30 of beating the child to death while she was acting as Chick's caregiver.

Following the conviction and sentencing, DHHS has disclosed summary information regarding its involvement in Chick's life, per Maine's Office of Child and Family Services. Confidentiality protections for the criminal investigation and proceedings prohibited DHHS from previously making this information public.

The detailed timeline regarding the role of DHHS in the time between Chick's birth and death is as follows:

November 2013: the Department received a report about Chick when she was born in November 2013. DHHS conducted an assessment to determine any safety or well-being problems. As a result, they opened a service case.

Chick remained in the custody of her parents, and DHHS referred them to services for parenting education, housing assistance, and treatment related to reported problems.

October 2014: the Department received a report regarding Chick. DHHS reviewed allegations in the report but made no findings of abuse or neglect.

May 2016: the Department received another report about Chick and this time, assigned a social worker to the case for a safety assessment. DHHS found evidence of neglect by Kendall's parents.

During this review, Chick's parents indicated that Chick's paternal grandfather and his partner, Gatto, had previously cared for Chick. The child remained in legal custody of her parents, but she was placed with her grandfather and Gatto on May 5.

Before making that decision, DHHS says it conducted a Kinship Home Study, which is a review of a child's relatives and their home to ensure the child's safety. Following chick's death, DHHS examined its handling of the case and found deficits in casework practice and oversight -- including failures to properly follow agency policies in the Kinship Home Study.

DHHS says neither parent engaged in the services recommended by the Department to increase Chick's safety, and the child stayed in the home of her grandfather and Gatto.

The following timeline details the contact DHHS had with Chick, her grandfather, and Gatto:

DHHS says that throughout the case, the Department recommended Chick's grandfather and Gatto consider getting legal guardianship of the child. In February 2017, DHHS closed the case and had no further contact with Chick until her death.

December 2017: the Department received a report that Chick was severely injured and had been declared dead after being rushed to the hospital. The medical examiner determined Chick's cause of death to be homicide.

RELATED: 'I trusted these people': Mother of Kendall Chick, who died from abuse, speaks out

DHHS began an assessment and found allegations against Gatto of physical and emotional abuse to be valid. As a result, DHHS worked with family members to protect other children in the family who Gatto cared for regularly.

Along with the release of its extensive report, DHHS has issued a statement and framework for its plans to improve Maine's child welfare system.

"The death of a child is a tragedy that reverberates throughout a community," said DHHS Commissioner Jeanne M. Lambrew in a statement. "We take seriously our responsibility to protect the health and safety of Maine children, and continue to take action, including adding to the ranks of our child welfare caseworkers, better supporting foster parents, tackling substance use disorders, and promoting safe sleep environments for new babies.”

State Senator Bill Diamond, who has been following the case, says there are still many questions to be asked. Diamond says lawmakers need more answers to know how all the problems will be fixed.

"So it’s very sad, and we’ve got to do more than we’re doing and need to include more than just DHHS," Diamond said. "And that’s been one of my statements all along -- we can’t just say to the commissioner of DHHS 'fix it'. We know you want to and are sincere about that, but others have to get involved as well."

Diamond has a bill already in the Legislature to create a special task force to overhaul the DHHS child protective system, and he says that will be brought up when lawmakers return to Augusta this winter.

The Department's initial steps or improvement include: