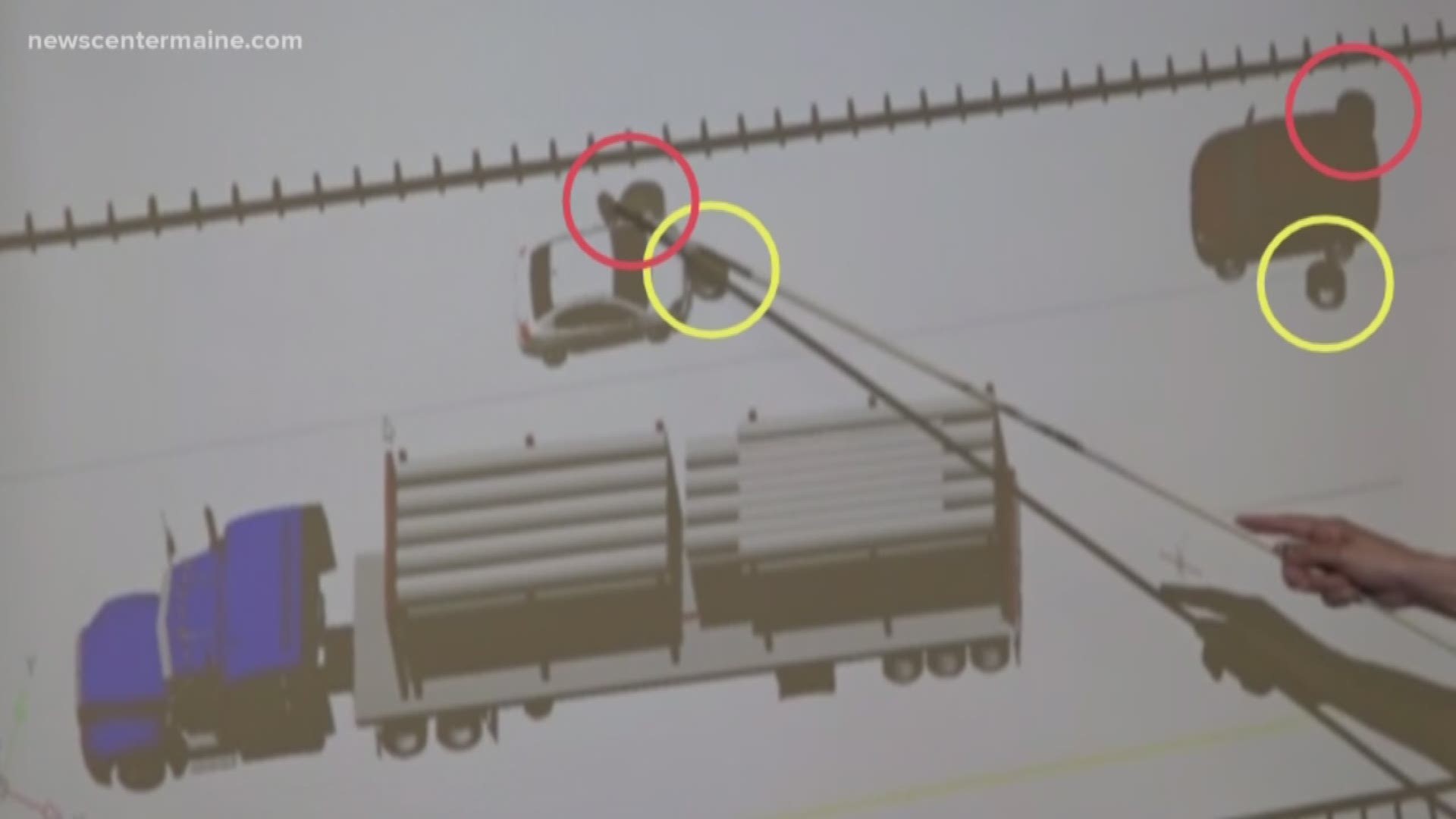 BANGOR, Maine — Maine State Police on Friday provided an update on its investigation into the April 3 death of Trooper Detective Ben Campbell.

Detective Campbell died from injuries from a tractor-trailer tire that struck him after coming off a passing truck along Interstate 95 in Hampden.

The chief of Maine State Police prefaced his briefing by stating that the agency would not share all relevant information due to an ongoing review of its investigation by the Penobscot County District Attorney's Office.

Col. Cote said both wheels that separated from the logging truck were involved in the crash. He showed the exact location of the crash, which occurred at mile-marker 179 in the southbound lanes.

Cote then showed photos taken shortly after the crash happened, noting that the weather conditions depicted "had greatly improved" from what they were at the time of the incident.

The first two images showed Campbell's unmarked cruiser parked along the interstate, facing southbound. Up ahead of it, facing back toward the cruiser in the opposite direction of traffic, is the white-colored car he had stopped to assist.

Cote showed a close-up image of the damage sustained by the white vehicle, evidently caused by the wheel or wheels' impact. When Campbell stopped to assist the car, "there was no damage to [the] vehicle at all," Cote said.

Cote said investigators determined that the outside tire mounted on the leading axle of the trailer's right side was the first to separate. That tire, Cote said, left the truck, made contact with the guardrail and was then guided by that guardrail to the area where Campbell was standing – the off-traffic driver's side of the car.

The position in which Campbell was standing was the "safest place for [him] to be," Cote said, citing what troopers' training experience would support.

Cote showed a close-up representation of the scene, pointing out where Campbell was standing by the driver's side of the car being assisted. The outside tire came just to the right of Campbell's cruiser, Cote said, making black marks on the right side of the SUV while passing by and then striking Campbell.

Credit: NEWS CENTER Maine
Maine State Police show through rendering where Campbell was standing when he was struck by a wheel and location of wheels near impact.

Nearly simultaneously, about a second later, Cote said, the inside tire of the wheel assembly traveled and went just to the left of cruiser SUV. It was that tire, Cote said, that struck the front of the vehicle Campbell was assisting.

Credit: NEWS CENTER Maine
Maine State Police show through rendering another view of where Campbell was standing when he was struck by a wheel and location of wheels near impact.

Another reconstruction rendering was shown, depicting another view of the close-up of the two vehicles and locations of the traveling wheels.

Both tires, Cote said, continued on to their point of final rest.

"We recognized early the morning of the crash that the investigation was likely to come under a great deal of scrutiny from a lot of different sources," Cote said. "We knew that, despite a trooper being involved in this, that we would really need to take the names out of it, if you want to call it that."

"But we also realized, while our goal was to do a thorough, unbiased and professional investigation, we knew that no other agency in Maine had the expertise, knowledge and experience to conduct a commercial vehicle crash investigation," Cote said. "There's nobody better suited then the members of our Commercial Vehicle Enforcement Unit (CVEU). In fact, that is one of their primary roles in the entire state of Maine."

In an effort to "create some distance," Cote said, the agency brought up CVEU troopers from its central division rather than using Campbell's direct colleagues. A crash resconstructionist was also brought up from Augusta.

This story is actively being updated 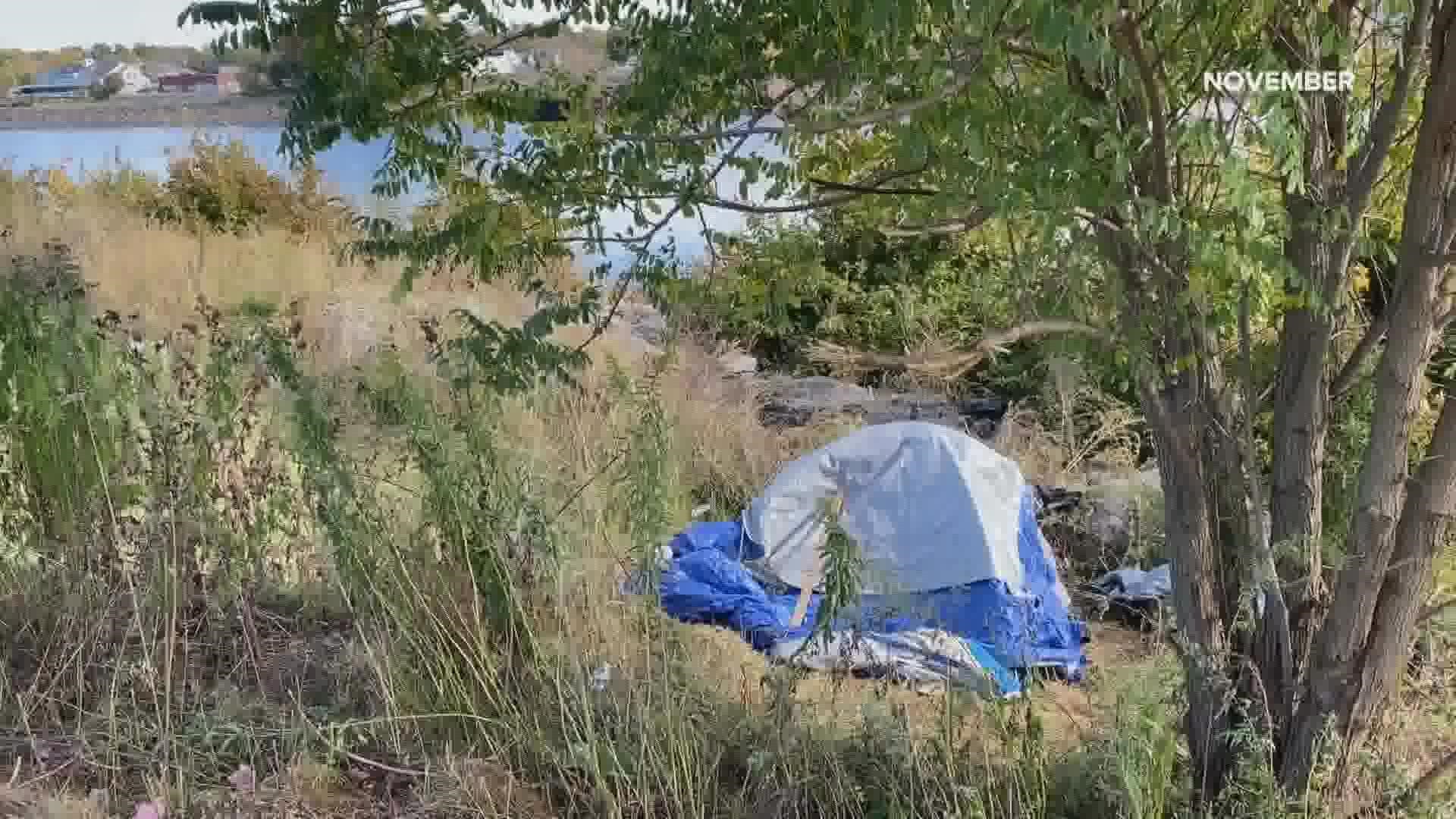